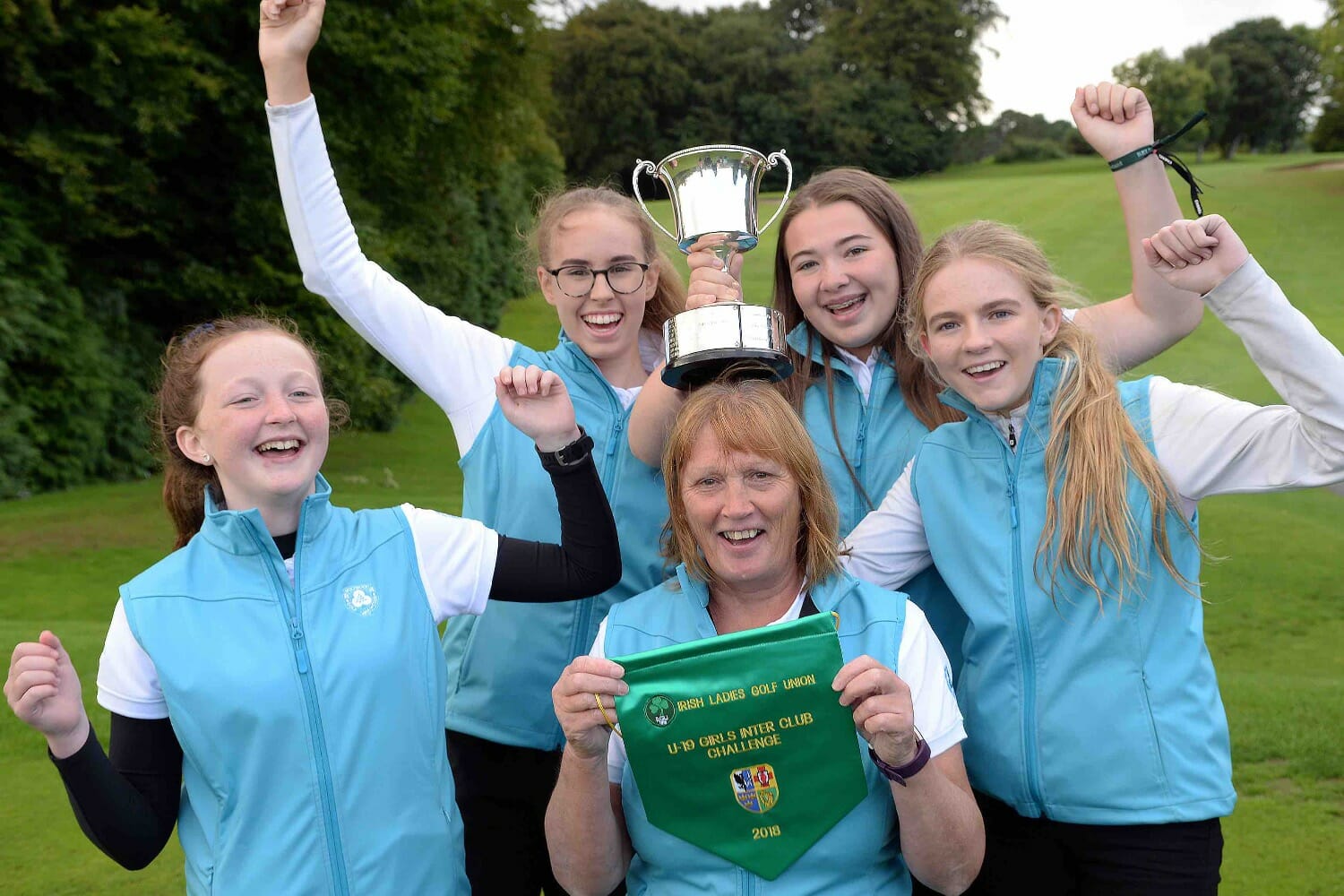 Provincial Champions Killarney, Holywood, Co. Sligo and Co. Louth, travelled to Knock Golf Club with the hope of becoming National Champions yesterday but it was the Holywood girls who came out on top.

In the first semi-final match, the Kerry girls were stacked against the team of Olivia McCrystal, Heidi McMillen and Cecile Hamill from Holywood. Despite a win for Corrina Griffin (Killarney) in the first match, the overall tie would ultimately go in favour of the Ulster Girls to set up a chance at All-Ireland victory.

The second tie was a battle of East versus West as Co. Louth took on their Co. Sligo counterparts. In the top match, Maebh McLoughlin was narrowly beaten by Kate Dwyer on the final hole and, despite a win for Grainne Brady (Co. Sligo), when Emily Murray closed out her match against Ruth Flanagan 4&3, Co. Louth stepped into the All-Ireland final.

Frustrated with her loss in the morning match semi-final, McCrystal was determined to make amends after lunch. Her match against Kate Dwyer remained level after 6 holes but by the 12th, McCrystal gained a significant lead and finally closed out the match on the 15th green.

With one more match needed, the remaining games leaned, only slightly, in favour of the Holywood team with a reducing number of holes remaining. Heidi McMillen, who began strongly against Emily Murray, watched her lead disappear around the turn. However, with her teammates watching on, McMillen secured the winning point on the 17th green and captured a National Pennant for Holywood.