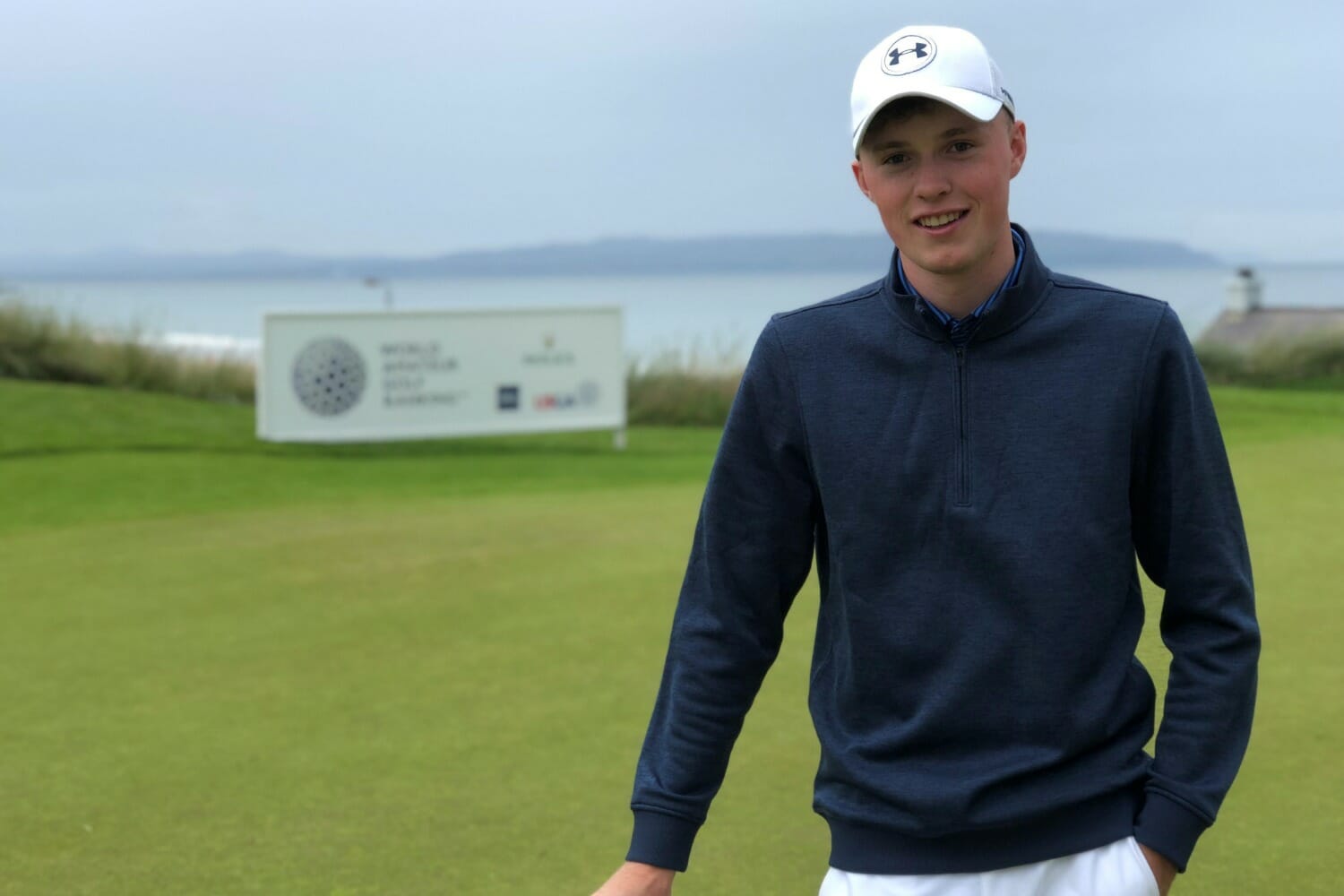 Mark Power and Robin Williams led the qualifiers for the match play stage of the 92nd Boys Amateur Championship at Royal Portrush and Portstewart today. .

Power, the two-time Irish Boys Amateur Champion, compiled a three-under-par 69 at Portstewart played well from tee to green but was frustrated with not taking more of his birdie chances after several putts went abegging. The 18-year-old did, however, see his putts drop on the 14th and 15th after an earlier birdie at the 7th.

“I was happy with yesterday’s round and equally happy today. 69 is a good score but coming off the course I was a little bit disappointed because I gave myself so many birdie chances coming in. To be fair I made two birdies on 14 and 15 but I could have had several over the whole back nine.
“I’m happy though – you can’t win it in the qualifiers. I’ll just focus on the match play now, see what draw I get and just try to get through.”

Another Irishman, Tom McKibbin finished on two-under-par alongside Spain’s Hugo Aguilar Puertes. Making his debut in the championship, the 15-year-old from Holywood enjoyed an eventful round at Portstewart, trading seven birdies with three bogeys for a four-under-par 68. Puertes’ round at Royal Portrush was similarly up and down but he holed from 15 feet at the last for a closing birdie and a one-over-par 72.
“The conditions were a lot easier than yesterday at Royal Portrush. I just took advantage of the better weather and less wind today.
“I thought I got a pretty good draw and result at Portrush and then coming over here – having two par fives on the back nine that you can take advantage of – I thought it was pretty good.
“Putting was my strength today. I holed some very long putts that I was shocked at but they all dropped today.

Williams, who was a semi-finalist last year, posted a level-par 71 at Royal Portrush today to finish on three-under-par overall, the same mark as Power but Williams was confirmed as the leading qualifier following a card countback.
The 16-year-old England boys international started poorly with a dropped shot at the first but bounced back with a birdie at the next and gained another shot at the 8th. He bogeyed the 17th but produced a nice up and down from a hollow to the right of the 18th green to secure his par.
Italy’s Andrea Romano was one of three players on one-under-par along with overseas-based Englishmen Josh Hill and Joe Pagdin.
Nicolai Højgaard, who moved into the top ten of the World Amateur Golf RankingTM today and is the highest-ranked player in the field, finished on level-par to comfortably qualify for the match play stage. The leading Scottish qualifier was Gregor Graham, from Blairgowrie, on one-over-par, while defending champion Pedro Lencart, from Portugal, finished on three-over-par to progress.
The cut fell on six-over-par with 64 players progressing to the match play stage. Each match will consist of one round of 18 holes before concluding with a 36 hole final on Sunday.