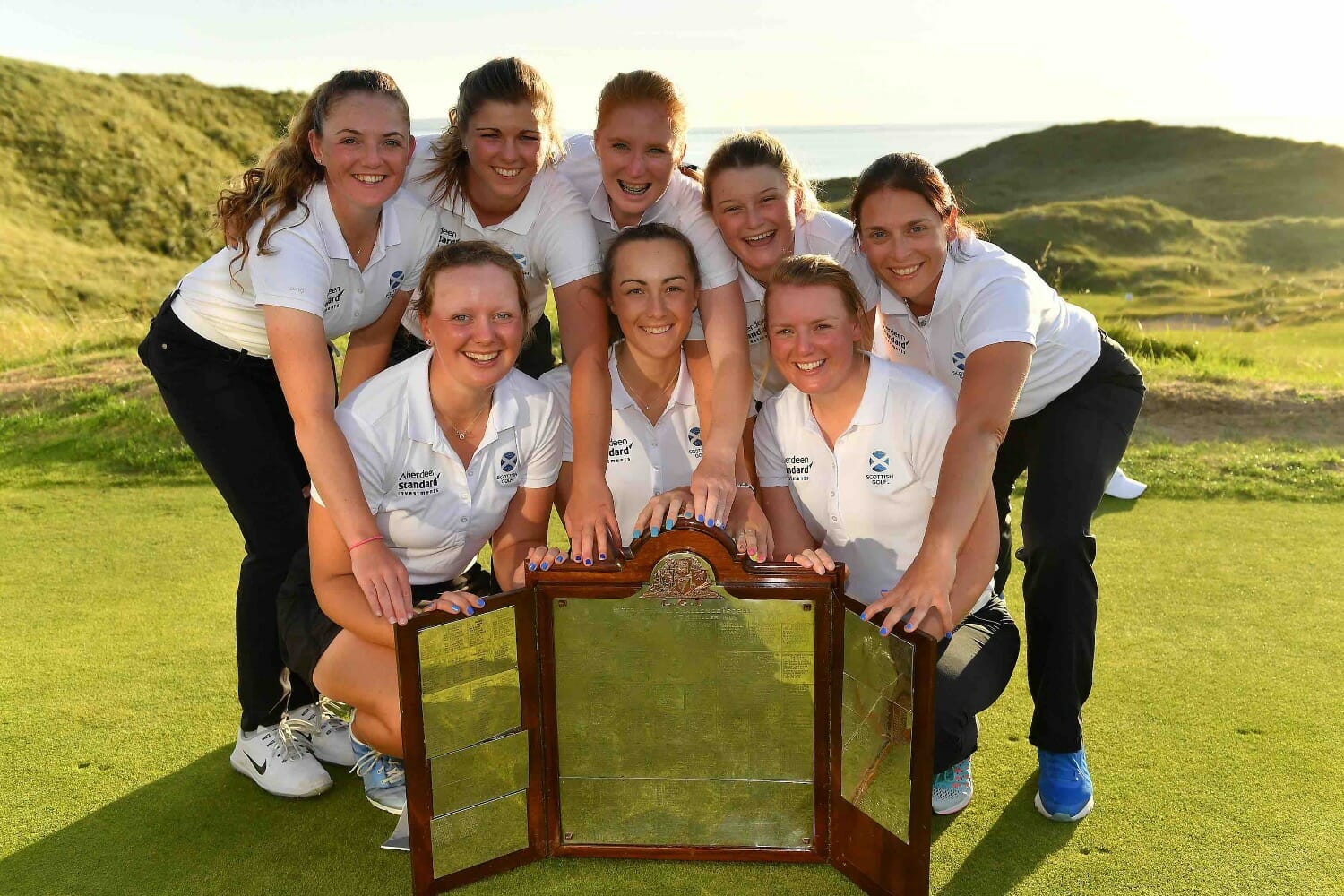 In the Ladies Home Internationals, it all came down the final match between Scottish Amateur Champion Gemma Batty and Curtis Cup team member Paula Grant. Batty, who had lost her singles matches against both Wales and England, needed only a half point to secure victory on a count back of total points.

“Gemma is Scottish Champion and I wanted to put her at number six. It had been tough to leave her out of the foursomes, but I knew she could do it. I am absolutely thrilled for the team. Ireland were strong favourites on paper, but I had a great team with a lot of experience.” commented Susan Wood, non-playing Captain, Scotland:

Despite being 1up with three holes to play, the pressure was piled on Batty when Grant birdied the long 16th to make the match all square. But the Scot held on with pars at the final two holes, bravely holing from three feet at the last for the vital win.

Scotland had set the tone by winning the morning foursomes 2½ -½ and Hannah McCook continued her great form with a 6&5 win in the top singles. She had a great week, taking five out of six points. Chloe Goadby and Connie Jaffrey were the other Scottish singles winners, while Mairead Martin and Annabel Wilson claimed points for the Irish team.

A clearly disappointed Danielle McVeigh, non-playing Captain for Ireland said, “Scotland were the better players on the day and congratulations to them. It is disappointing, but we were up against it all day and now we look forward to good things going forward.”

In the other match, England, 5-4 winners over Scotland on day two, beat Wales 6½-2½ and clinched second place.

In the Girls Home Internationals, Royal Cromer’s Amelia Williamson, who had to pull out due to gastroenteritis on the eve of the event last year, was the standout player, winning six points out of six matches to help England retain the trophy.

England won the foursomes 2-1 in the final day decider against a dogged Welsh team and it proved decisive as the singles were shared 3-3. In the other match, Ireland beat Scotland 5½-3½ to finish in third place, just losing out on Wales on games won for the runner-up spot.