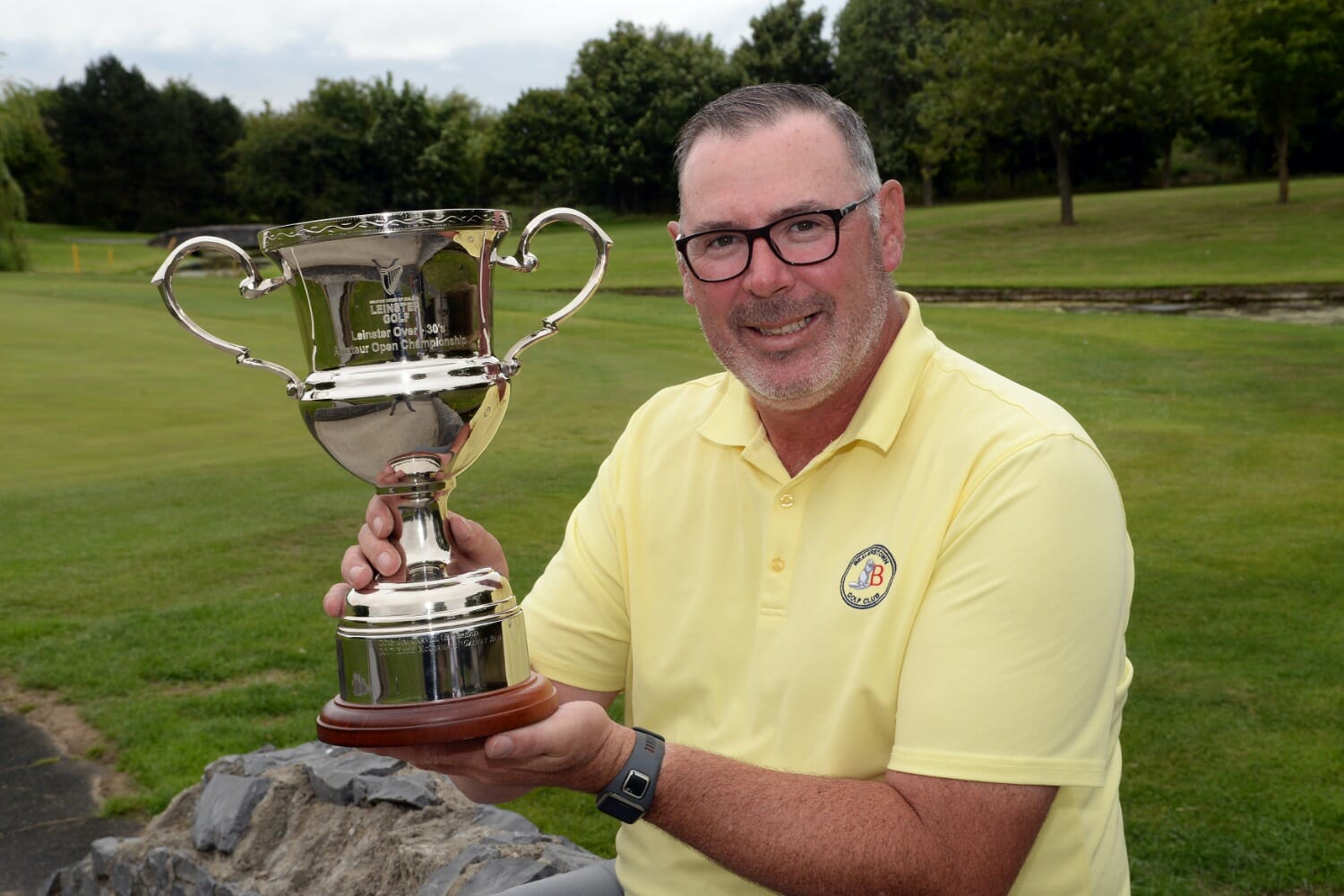 After 18 years in the professional ranks and back problems putting an end to his tour career, Gary Cullen (Beaverstown) claimed his first victory since he was reinstated as an amateur in January.

Cullen claimed the Leinster Mid-Amateur Open Championship by two strokes in tough conditions at Corrstown Golf Club.
In preparation for the Close and Mid-Am, Cullen teed it up in the last Irish Golfer Event in Luttrellstown to get some practice in after another layoff with back problems. Cullen comfortably made the match play stages at the Close but ran into an in-form John Murphy who beat him 6&5 in the last 64. He put that result behind him today at Corrstown with a very gutsy performance.
“It’s only my third championship to play since coming back to the Amateur game” Said Cullen. “It’s always great to get your name on a trophy because it will never be taken off” he added.

“I’d still be competitive if my back wasn’t at me. I lost all my discs on the right-hand side — they just disintegrated from one to five and that took me out of golf. I’m still struggling with the injury at the moment to be honest, so I need to be careful”
Cullen who now works in McGurks Golf has no regrets after giving the professional ranks a go.
“I only play once a week now, and I enjoy the walk and playing with the young lads and seeing how it’s done. I just don’t worry about it anymore. I played all the tours and even had a category on the European Tour in 2003 but I can still get out and play and that’s the main thing. I really enjoy competing.”
“When I was playing professionally I put too much pressure on myself and I just didn’t believe in myself. But that’s in the past. I just enjoy a good walk now and it’s great.”

Gary shot a third round 68 to add to his first and second round scores of 71 and 74 to claim the title with a two shot victory which included six birdies with four birdies coming on the back nine and two bogeys. Second place went to the local hopeful Alan Doherty from Corrstown who carded a two over par 74 with Greystone’s Alan Condren carding a 71 to claim third place on 215.
Paraic Connolly (Killeen Castle) finished in fourth place with a total score of 218 and last year’s runner up Jim Carvill (Banbridge) finished in fifth place.
Well done Gary, no doubt the first of many trophies.
Full results HERE