Amateurs to the fore at the Kinsale Pro Shop Challenge 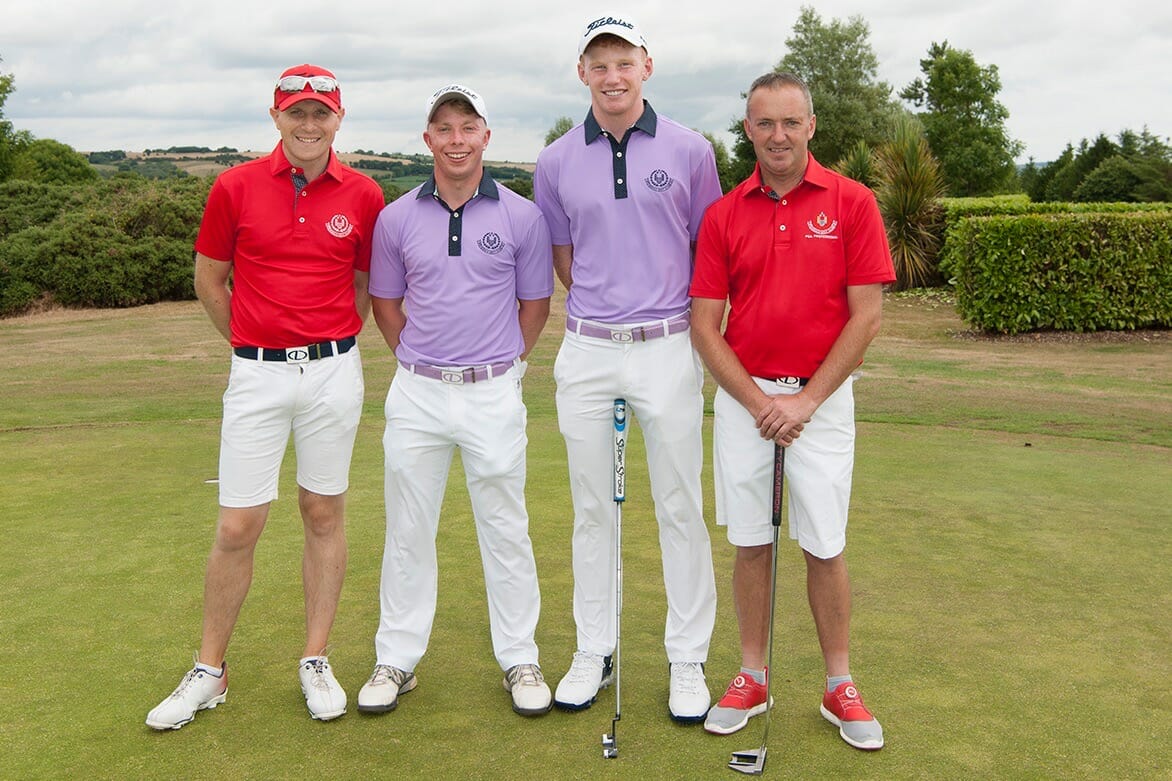 It was the third staging of the unique event and while the amateurs won on the course the real winner were the charity partners with over €4,000 raised for Marymount Hospice and the RNLI.

Organiser Ian Stafford was a happy many when the pledges were totalled;  “We’re absolutely delighted with the amount of money that we have raised to date which is in the region of €4,500” said Stafford.

“To surpass our target of €3,600 by nearly €1,000 is phenomenal and much of this is down to the hard work of our Captain Brian Doran who has been a huge help in securing sponsorship to the event.  This year we had local businesses sponsoring each hole as well of a number of sponsored challenges throughout the round.”

“To think when we first discussed this event three years ago that we would have raised nearly €11,000 from the first 3 events is hard to believe and we are absolutely delighted with the support we have got.”

In the end the amateurs won by five strokes, their -7 beating the -2 from the professionals.  With many donations dependent on the number of birdies, the combined total of 23 meant it was a good day for the charities.

It was also a special day for John Murphy, after an incredible few weeks for the Louisville student, he was given a special reception on Friday night where he was made an honorary life member of the club.

“Friday evening was amazing, it was an honour to receive honorary life membership and it’s an evening I’ll cherish forever.  The club have been so supportive of me and it’s a pleasure to play for a club full of such amazing members.  I am proud to be from Kinsale and I look forward to further representing the club in future years.”