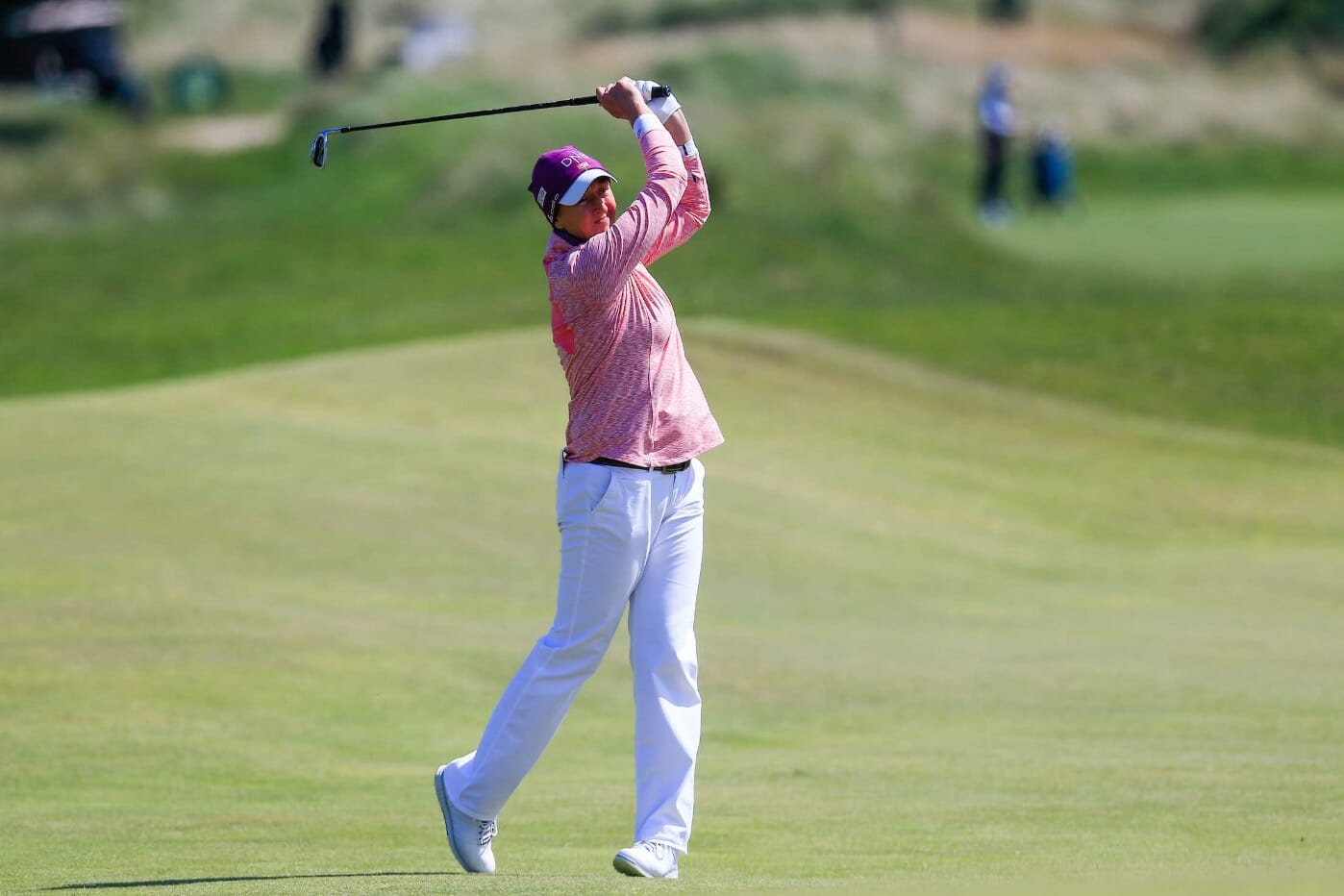 Last weekend, the re-scheduled Woodbrook Scratch Cup marked the last of eight 36-hole scratch cup events that took place at some of Ireland’s most prestigious golf courses. Each player was ranked based on the points accumulated from a maximum of four events within the circuit.

Smith started her scratch cup season with an impressive win at Royal Co. Down, this despite starting her first round on the back nine with a triple bogey on the par three tenth. However, a quick recovery and solid golf for the rest of the 35 holes saw Smith overcome Paula Grant to claim the trophy.

Smith continued her form on the other side of the country when she posted a -5 total at Lahinch where Mairead Martin took a break from her leaving cert studies to win the scratch cup with a -10 total, leaving Smith in second place for the event.

Smith spent the season mimicking a yo-yo and travelled back up the country to play Royal Portrush, Dunluce Links, to post her third best finish within the circuit. A thick fog restricted the players on the practice day for the event and the golf club was forced to stop play due to health and safety reasons. A mediocre first round was followed by a near flawless afternoon round when Smith signed for a round of 73 to become the new ladies course record holder and finish as runner-up for the event.

In Woodbrook, once again the weather was the deciding factor around the course of play. The heavy snow in March forced the organisers to push the event to July and it ended up rounding off the scratch cup circuit this year. Just two days after the interprovincial matches, Smith travelled to Woodbrook  to finish off her scratch cup race in style.

A morning round of 70 was good enough to claim a healthy lead and also setting the new course record. Smiths uncharacteristic 84 in the afternoon was a potential sign of tiredness, understandable after 8 rounds of golf in seven days and she finished as runner up to Louise Coffee.  However, despite a disappointing second round, Smith stayed focused on the positives from her season, “I’m delighted to win such a competitive circuit and to set two new course records on such a fantastic courses gas been a big thrill for me” she said.

A very impressive performance from Smith overall and I am delighted that my Leinster foursome partner pulled it out of the bag!!