Lynch captures biggest title of his career at North of Ireland 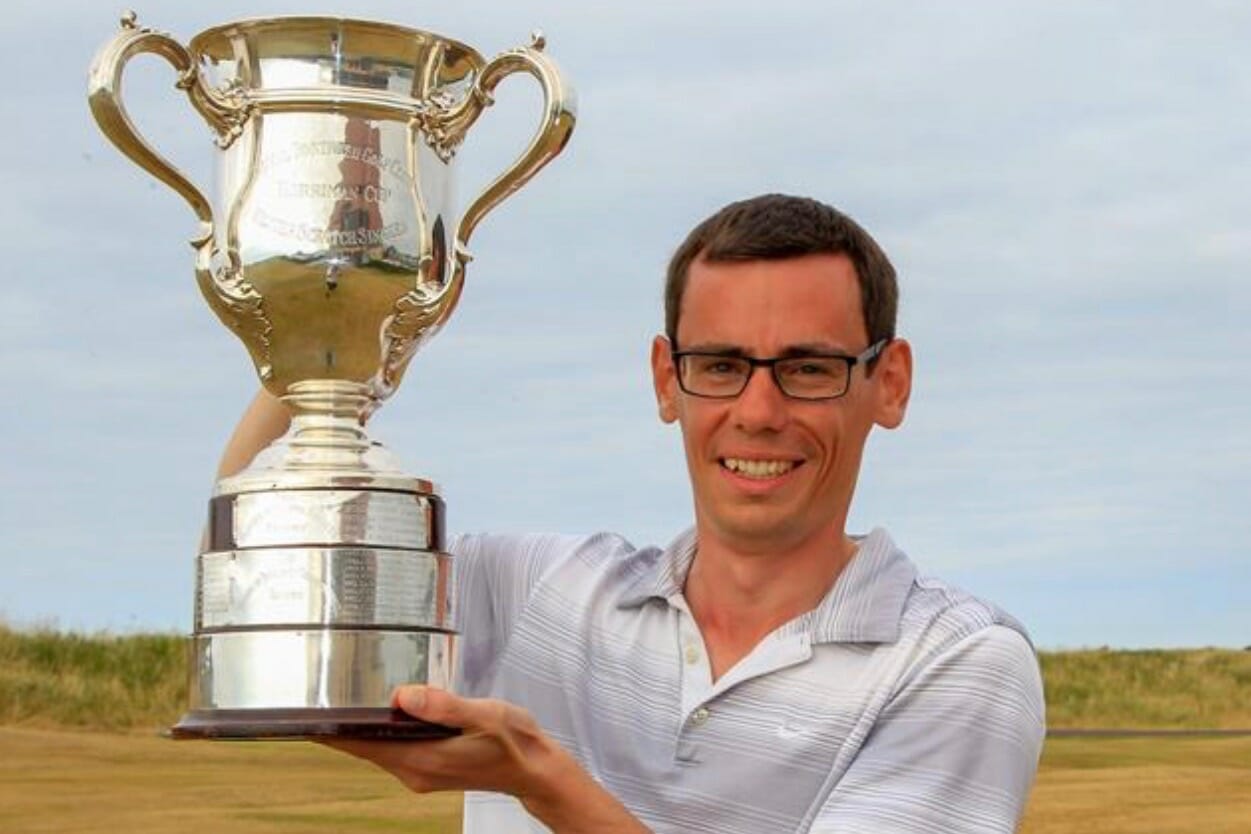 Congratulations to Rosslare’s Ian Lynch who captured the North of Ireland Championship to complete the biggest win of his career at Royal Portrush yesterday.

Lynch overcame English challenger Kieran Babbage from Bristol 2&1 in a closely contested final on the Dunluce Links and the 29-year-old software engineer, who was appearing in his first championship final, duly walked away with his maiden crown.

“I just came up here for a holiday and now here I stand as North of Ireland champion. It’s unbelievable really,” said Lynch.
Until this week, Lynch had not made a cut at the North, which made his victory all the more remarkable.

“Anything can happen in match play. That’s how I took it,” he said, explaining his approach to the knockout stages. His path to the final was by no means straightforward and twice he came through after extra holes.
In the first round, Lynch beat Jacob Oakley at the 20th and he survived another epic encounter with Waterford’s Eanna Griffin in the quarter-finals, eventually winning at the 19th. He then edged out leading qualifier Matthew McClean 2&1 in the semi-finals.

His final opponent, Kieran Babbage from The Players Club in England, had one-hole wins in three of his five matches en route to the decider and he had to go to the 19th to get past Adam Mulhall from Ardglass in the semi-finals. Babbage was bidding to become the first overseas winner of the North since 1994 when England’s Nick Ludwell triumphed.

In a tense decider, Lynch never trailed but he could not hold his lead on the front nine. Three times Babbage squared the match after Lynch took the initiative.
As they entered the back nine Lynch won the 10th with a par to move ahead. This time he maintained his momentum and another par at 11th put him two clear for the first time. From that point on he had control.

“Par golf was always going to do well here this week,” said Lynch. “I knew that going in – just make as many pars as you can. I tried to hit fairways and greens.”
Babbage was forced to concede the 14th when he came to grief in a greenside bunker and that left him three down. Although Lynch bogeyed 15, Babbage could not capitalise and that left him needing to win 16 to keep the match alive.

And as Lynch dropped another shot, Babbage this time took advantage and made par to take the final down the penultimate hole but that was as far as they went.
“I kind of made a mess of 16 but nice to get the par on 17. I didn’t want to go down the last,” Lynch confessed.

Having found the fairway with his drive down the hill on 17 he pocketed a regulation par from 30 feet to win the North and complete the holiday of a lifetime.
“Every round I won I was treating it as a bonus,” he said. “I never even thought I’d be standing here today. I’ve never even been close to a championship before.”

In the past Lynch has tasted success with his club at provincial level in the AIG Senior Cup and the AIG Barton Shield. In 2006 he won an AIG Jimmy Bruen Shield with Rosslare but to have the North on his CV puts him in elite company.

“This is a big one,” said Lynch, reflecting on his success, which comes with the added bonus of 250 points on the Bridgestone Order of Merit, moving Lynch into seventh place on the table.​

Final Round Video Below courtesy of the GUI