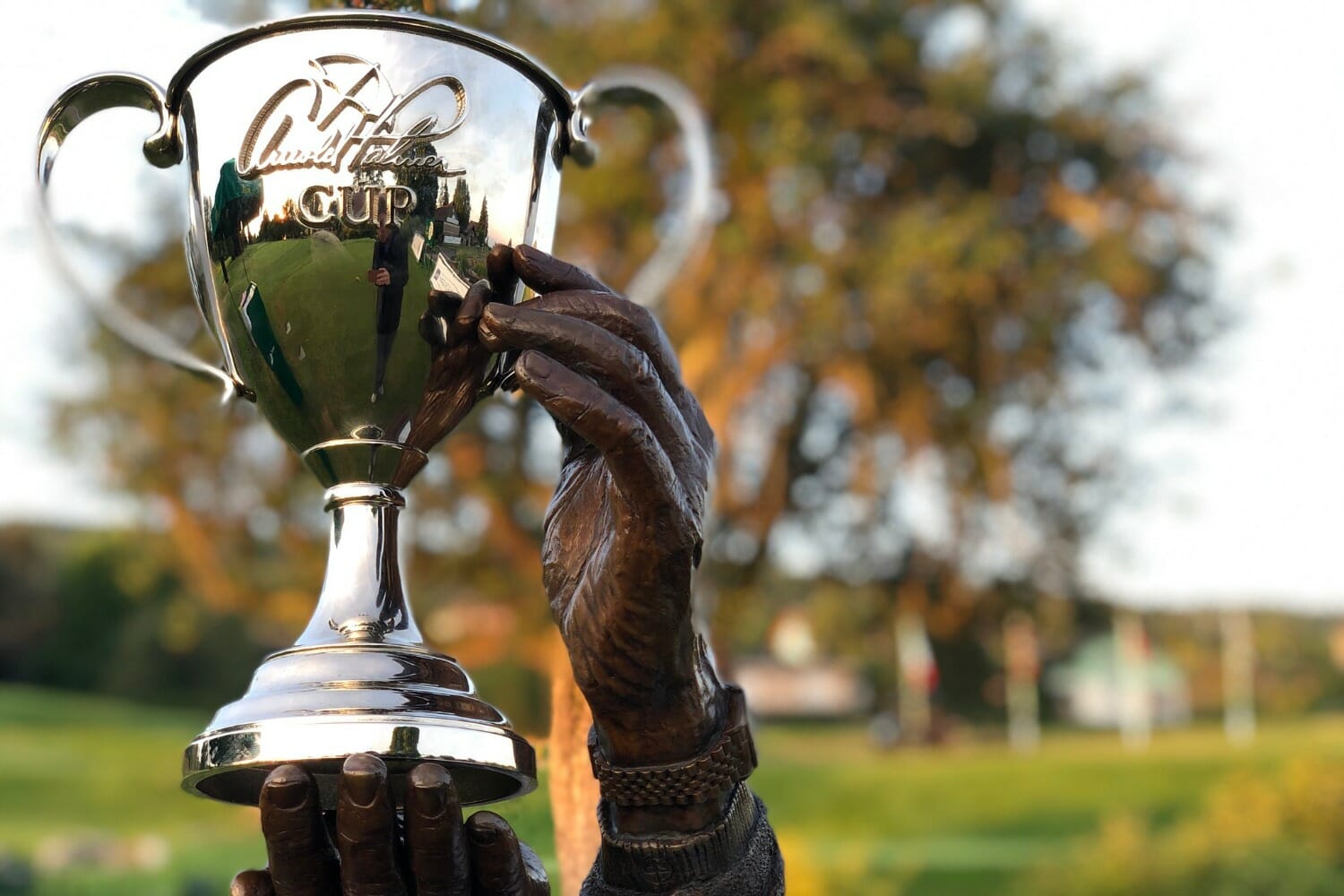 Team U.S.A will enter the final day of the Arnold Palmer Cup with distance between them and the International Team after a fast finish to the four-ball matches on Saturday afternoon.

The Americans captured eight of twelve four-ball matches Saturday afternoon at Evian Resort in France to up their lead from one to five, 20.5-15.5 heading into todays Sunday singles.

The proceedings were closer early, as the Americans won four of the first seven matches to go out on the day. They took a decidedly bigger advantage after winning four of the day’s final five contests.

The star American pair of Jennifer Kupcho and Lilia Vu led things off with a 2-and-1 victory in the first match out against Jiwon Jeon and Chloe Ryan. The Internationals came right back with Stefano Mazzoli and Lorenzo Scalise downing Braden Thornberry and Matthew Wolff, 4 and 3.
After more back and forth, Zach Bauchou and Chandler Phillips (U.S.) put up a 3-and-2 triumph over Harry Hall and Jovan Rebula in the fifth-to-last match. That was part of a late surge that saw the U.S. pile on wins.

Dylan Kim and Emilia Migliaccio outlasted Jaravee Boonchant and Pimnipa Panthong, 1 up, and Kristen Gillman and Kaitlyn Papp put up an impressive 5-and-4 rout over Maria Fassi and Ainhoa Olarra. Brad Dalke and Davis Riley closed the day for the U.S. with a 1-up victory over Viktor Hovland and Fredrik Nilehn.

Today’s singles will include 24 matches. The U.S. needs a total of 30 points for the week to retain the cup, while the International need to reach 30.5 to reclaim it.
Best of luck to Olivia, Ronan and Chloe in their singles matches.
Live scoring here