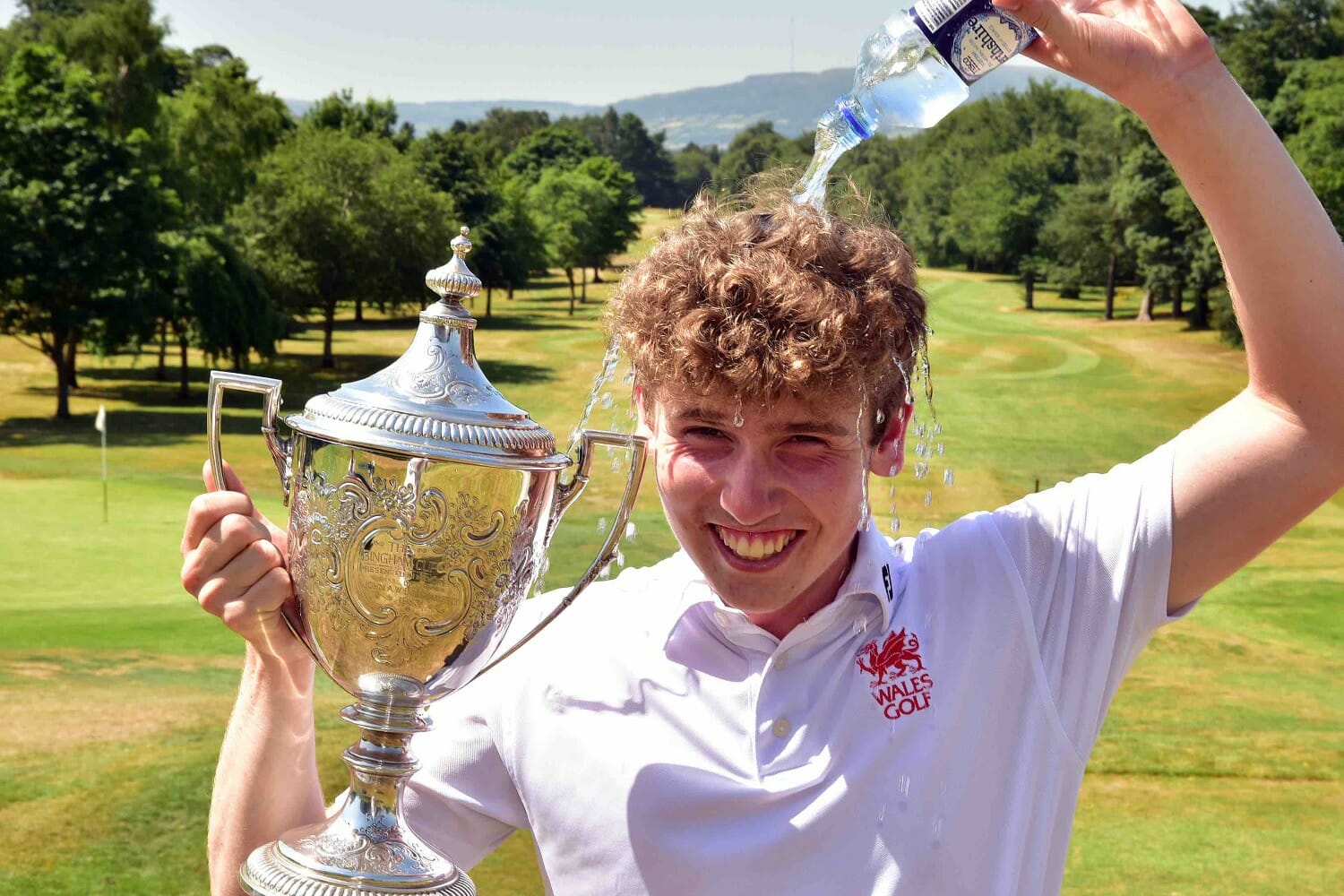 Theo Boulet, who had been favourite to take the Irish Boys Championship title after a superb showing for the first three days, saw a five shot swing on the final day and lost out to Wales’ Archie Davis.

Davies overcame his two-stroke deficit to win at Belvoir Park with a closing round of 69 as he benefitted from Boulet’s errors on the back nine and Boulet had to settle for second while Joseph Byrne from Baltinglass matched Davies’ 69 to finish third on four under.

Boulet had a three-shot cushion when he birdied the 10th but he then endured a miserable run that saw him drop five shots in the next four holes while Davies plotted his way to par after par and it was enough to give him the lead with five holes remaining.

“I wasn’t really playing my best and I just ground it out,” Davies said of his final round. A winner of the North Wales Boys in May, his victory at Belvoir is another significant step.

“This tops it,” he said. “It’s the best golf I’ve played and definitely the lowest four rounds in a row I’ve had in a tournament.”

Only three players broke par for the championship, an indication of how challenging the course had become during an exceptional spell of hot weather. The rock hard surfaces demanded control and precision. Putting was a test of nerve and skill.

Playing alongside the leading pair, Joseph Byrne distinguished himself with a fine round of 69. Byrne got within three shots of the lead with his fourth birdie of the round at 13 but he could not make further inroads. At four under, he finished as the leading Irish player in third place, five shots clear of Lisburn’s Joshua Robinson and Nathan Trey from France, who shared fourth place.

“I know I can compete so it’s nice to prove that I can,” said 15-year-old Byrne, who still has three years left at boys level.

A two-time winner of the Leinster Boys Under-14 Championship, Byrne was unfazed by the challenge of playing in the final group.

“I just wanted to play the way I was playing,” said the Baltinglass teenager.” If they came back to me they came to me but I was just trying to shoot a solid score and hope for the best.”

Byrne’s performance earned him the medal for leading Under-16 player. Working under the tutelage of Tom O’Neill, Byrne takes a no-nonsense approach.

“Hard work and practice,” he said. “Obviously you’re going to struggle sometimes and you have to accept that but just work harder and come back from it.”

To finish the week under par at Belvoir Park showed a maturity in his game.

“Focus on one shot a time and stay focused,” he insisted. “You can’t get ahead of yourself or you’ll find yourself falling backwards.”

Another notable performance on the final day came from Scrabo’s Aaron Blair, who carded a bogey-free 66 to finish inside the top 10.