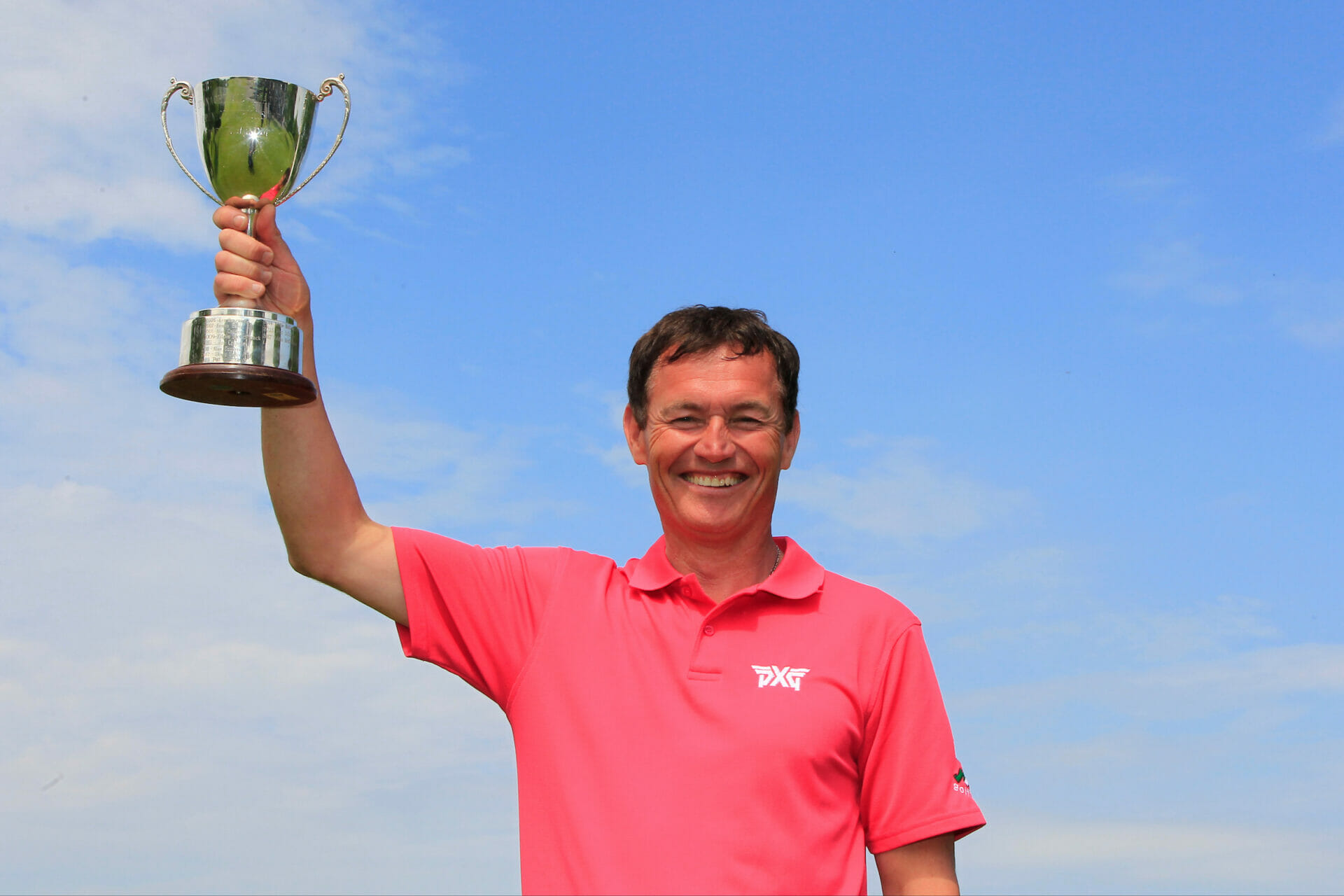 After two days and 54 holes of keenly contested golf it was joy for Peter Sheehan (Ballynunion) as he secured a two stroke winning margin over Athlone’s Thomas O’Connor at Oughterard Golf Club in Galway.

The former south of Ireland champion is in a rich vein of form as he added the Connacht Mid-Amateur title to his win in the Ballybunion Senior Scratch Cup the previous weekend.
Sheehan and O’Connor shared the over-night lead on a level par 144 total with Jamie Kiely (Slievenamon) a stroke further back on 145.

These three players made up the final group and whilst Kiely slipped back in was nip and tuck between Sheehan and O’Connor throughout the day.

Sheehan edged one stroke clear at the turn playing the front nine in one under 35 to O’Connor’s level par 36. O’Connor then dropped one further back with a bogey on 10 and then the tournament defining moment came at the par 4, 11th hole when Sheehan holed out for an eagle 2 to give himself a three stroke lead.
It was a lead he would never give up as he sealed a comfortable two shot win.
Damien Glynn (Galway) shot a best of the day final round 70 (-2) to move from 20th to 8th.