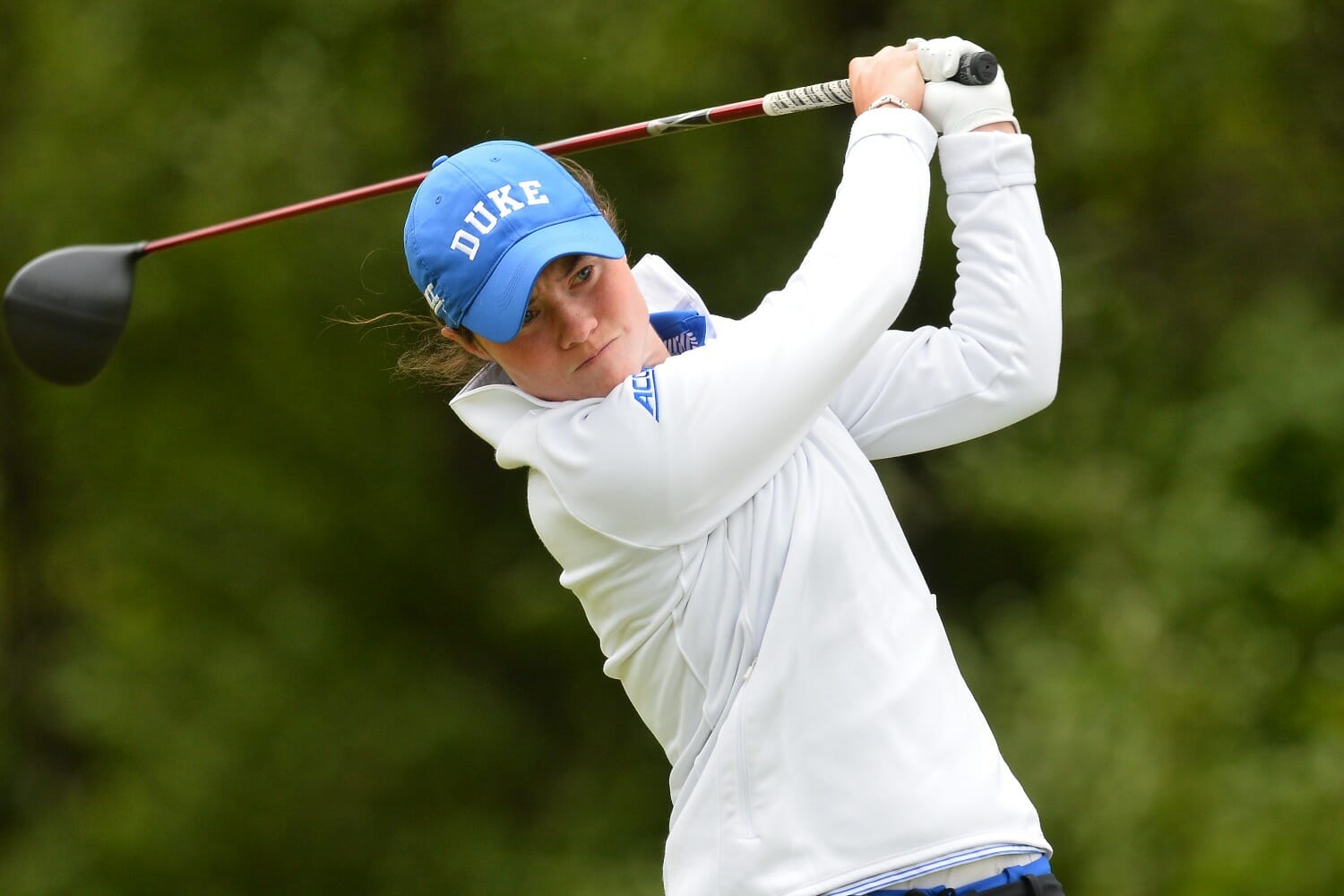 The awards keep racking up for Duke University student Leona Maguire as her career in the amateur game draws to a close.

The Cavan native has been selected CoSIDA Academic All-District III for the second straight year, after collecting the second-lowest stroke average in Duke single season history with a 70.62 mark.  Maguire, a 2017 CoSIDA Academic All-America, also has a 3.943 grade-point average, while obtaining a degree in psychology along with a certificate in markets and management studies.

The 2018 Duke graduate notched three victories in the season, while leading the Blue Devils to a total of five team wins, including the ACC Championship and NCAA Madison Regional titles.  Maguire won the Jim West Challenge in impressive fashion with a 13-under, 200, while also posting wins at the Tar Heel Invitational and became just the second golfer to win three ACC Individual Championships.

Maguire is also a two-time National Player of the Year and notched nine top 10 finishes out of 11 tournaments, including a team-best 10 rounds in the 60s.  Her eight-under, 63, in the second round of the Jim West Challenge was tied for the second-lowest 18-hole ledger on the season.

Having been selected for the first team, Maguire will now move on to the national ballot for Academic All-America accolades that will be announced in June.

The Academic All-District teams recognise top student-athletes for their combined performances athletically and in the classroom and are divided into eight geographic districts across the United States and Canada.