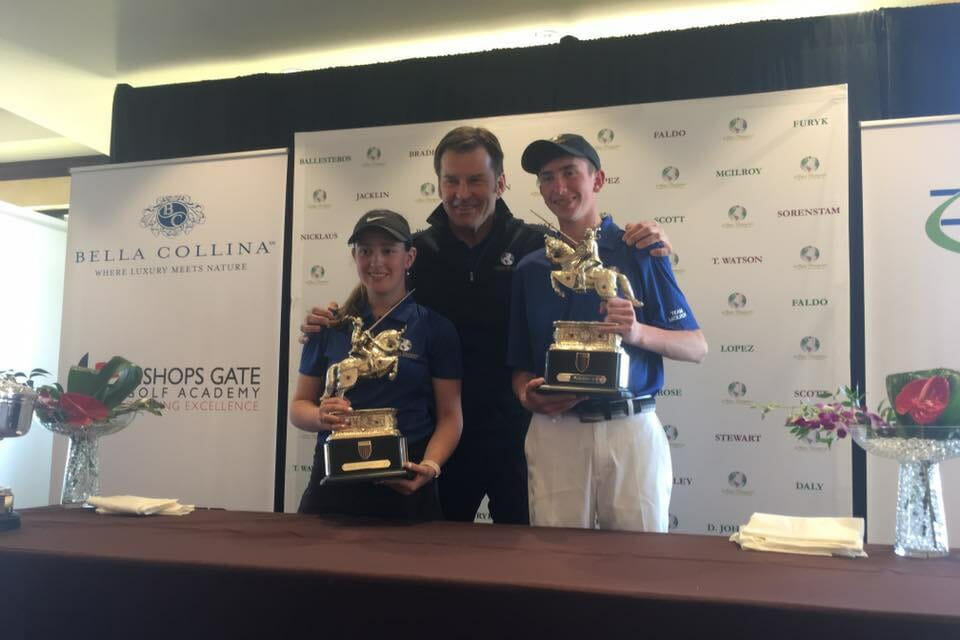 The 15-year-old Irish Boys international fired an opening effort of four-under 68 on day one before setting the course ablaze in a round two 67 that included an unforgettable ace on 16.

Just one stroke behind American, Akshay Bhatia, heading into the final round, McKibbin looked composed beyond his years as he ground out a closing 69, the highlight of which was an eagle two at the short par-4 6th to snatch a one shot win and the title over America’s Julian Perico Ibaicena on 12-under par.

“Awesome to be the first Boys Champion”, he tweeted. “A big thank you to Nick Faldo and his team at Bella Collina – this was an amazing tournament!! Was an honour to play for team Rory McIlroy.”

Another prodigious talent was in action in the girls’ event as Lurgan’s Annabel Wilson finished in 15th place on six-over par after a fine closing 71 to add to her rounds of 76 and 75 earlier in the tournament.

Mexico’s Corey Lopez claimed the title by two shots on an impressive 15-under par from Sweden’s Linn Grant.

The Major Champions Invitational is a junior golf tournament created by multiple Major winner, Nick Faldo, and is supported by a host of
Major champions to provide juniors, male or female, with a one-of-a-kind competition experience as they begin their own journeys towards the top of our sport.