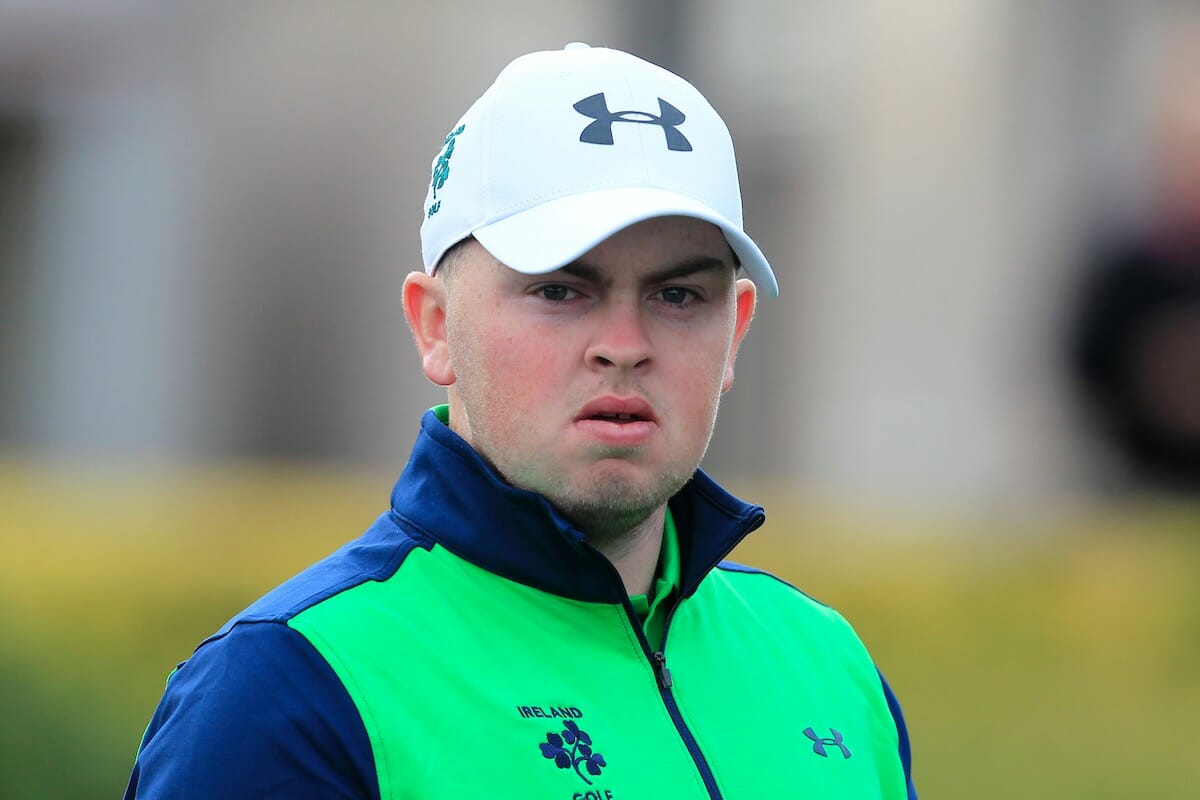 Following an entertaining day’s play through three nine-hole series – two in match play before a final shootout involving the leading six teams – it was Maynooth C that claimed the bragging rights.

The team, consisting of the pairings of Éanna Griffin and Caolan Rafferty along with  Irish Golfer Magazine columnist, Mary Doyle and Molly Dowling were a combined level par across their two foursomes cards for the final series, with Rafferty and Griffin’s two-under par effort for the final nine enough to clinch the title on a countback of the best cards.

That was just enough to pip Maynooth A – consisting of TJ Ford/Harry Gilivan and David Brady/Cian Feeney, who had also combined last month in the Heath to win the inaugural Irish Students Sixes Tournament, a six-hole blitz format consisting of six series of matches played over two days.

With shorter forms of competition golf being encouraged at club level by both The R&A and Ireland’s administrative bodies – the ILGU and GUI – the six-hole and nine-hole formats in Colleges golf have showcased how competitive these formats can be.

Trinity College, the defending champions, made a gallant defence of their title, fighting through to the final shootout before finishing in sixth place, behind Colaiste Stiofain Naofa and DCU (b).

Maynooth B, consisting of the pairs of Liam Power / Conor Ryan and Aaron Ryan / Gareth Carr, clinched the bronze medal.

Group Summary after Sessions 1 & 2
(Note: Group Scores are the aggregate numbers of holes up or down recorded in matches between pairs from each college)