Buena Suerte to the girls in green at Spanish Amateur 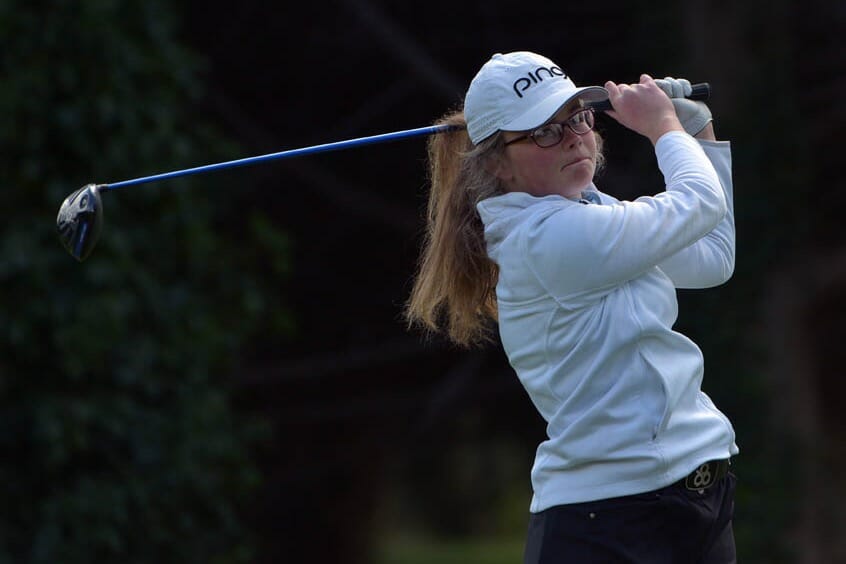 Six Irish and five days of competition sets out the agenda for this year’s Spanish Ladies Amateur Championship. Starting this Wednesday the 28th of February, an elite international field will gather in Montecastillo Golf Resort in pursuit of the prestigious title.

Annabel Wilson, Paula Grant, Ciara Casey, Valerie Clancy, Chloe Ryan and Lauren Walsh will be carrying Ireland’s hopes of claiming another international trophy. 36 holes of strokeplay, followed by three days of match-play will decide the winner and I’ve taken a look at some of the significant names amongst the entry list with feasible chances of coming out on top:

Annabel Wilson – Ireland
The sixteen-year-old superstar from Lurgan has been one of Ireland’s top performers over the past couple of years. The end of 2016 along with Wilson’s 2017 season marked her breakthrough onto the international stage.

Wilson stepped up to the plate in 2016 to help Ireland to the bronze medal at the World Amateur Team Championships alongside Leona Maguire and Olivia Mehaffey. An U18 French Open win as well as a couple of strong finishes in 2017, showcased her continued good form. This earned her a place on the GB&I’s Vagliano team and Wilson will be looking to reinforce her notable performances from last year. With two Irish Girls’ Close appearances under her belt along with several Irish caps, Wilson is bound to stir things up in the matchplay rounds.

Sophie Lamb – England
Coming off an impressive 2017 season, England’s Sophie Lamb is amongst the top competitors in this year’s elite field. Having earned the silver medal for leading amateur at the RICOH Ladies British Open, as well as playing in a handful of other professional events last year, Lamb will be one of the most experienced players competing next week.

Lamb also competed in the Vagliano Trophy, European Team Championships and the Home Internationals, playing a significant role in each event. An admirable competitive resume for 2017 will surely be followed by another strong season and maybe even a Spanish Ladies title?

Paula Grant – Ireland
Last year, Lisburn’s Paula Grant narrowly missed out on a place on the GB&I’s Vagliano team; will 2018 be her year? A second-place finish in the South American Amateur in January, followed by a top-15 finish in the Portuguese Open Championship, has highlighted some of her current form.

Winning the Doris Chambers trophy for leading qualifier at the Ladies British Open amateur championship last year seemed to make selectors sit up and take notice. Due to an exemplary start to the current Irish Close champion’s 2018 season, Grant has been selected to compete in the Asia-Pacific Trophy for Europe in March, and has definitely marked her a possible pick in June. A memorable performance in the Spanish amateur this week will stand to her later on in the year.

Linn Grant – Sweden
The youthful and powerful Swedish competitor is another player that will likely appear on the top of the leaderboard at the end of the week. The plus 5 handicapper, won the 2017 Scottish Ladies Open as well as the Ladies British strokeplay at the age of seventeen. This easily earned her a spot on the Junior Solheim Cup team last year, adding yet another incredible milestone to her amateur career. With a WAGR of 59, Grant is one of the top ranked players in the event and will have some ambitious goals for the week.