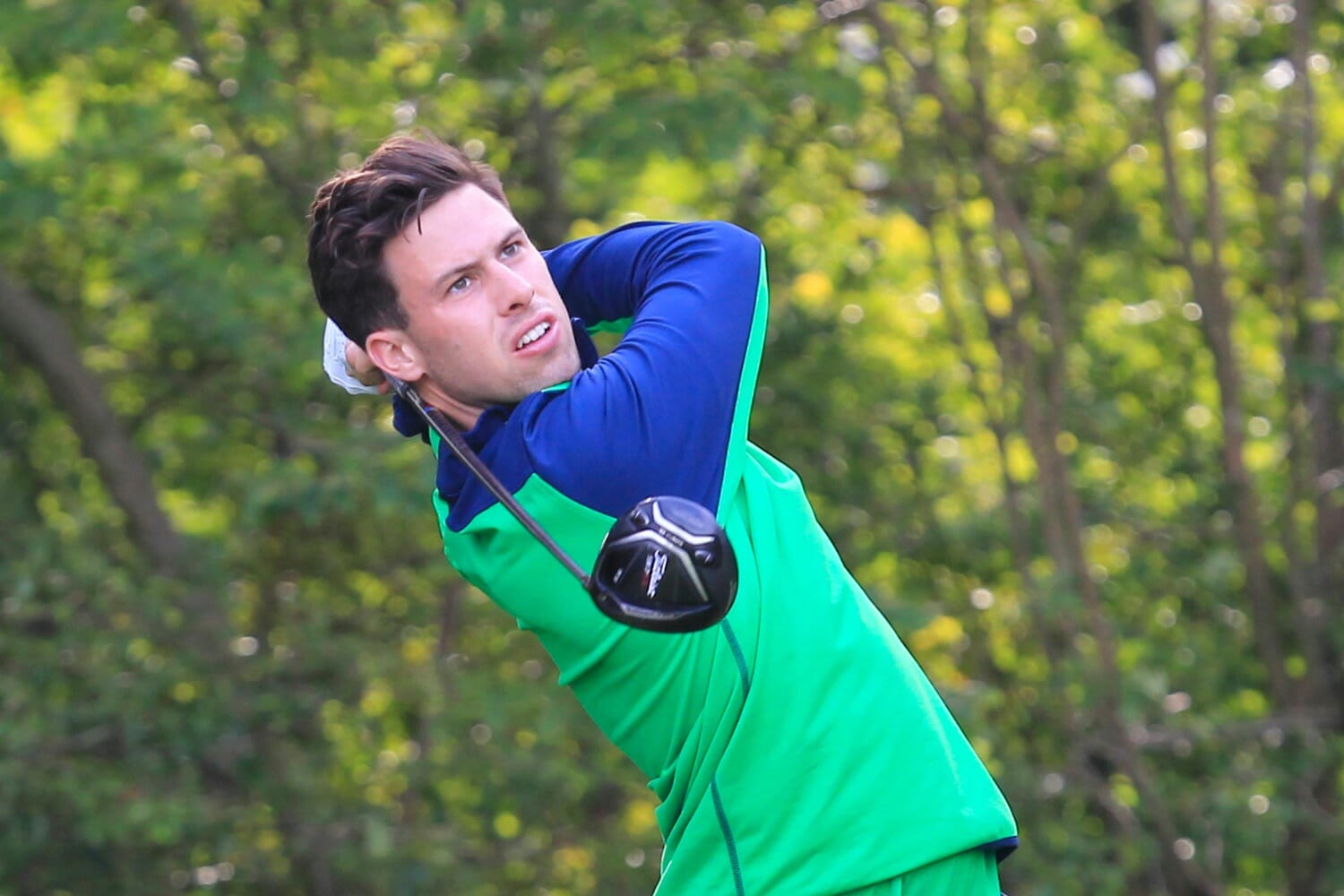 The Castle’s Alex Gleeson fired a five-under-par round of 67 to climb into 5th position after day two of the African Amateur Stroke Play Championship at Glendower Golf Club in South Africa.

Having opened with a one-over-par 73, Gleeson now heads the Irish Challenge on minus four for the tournament, just two shots behind a three-way tie at the top.

Two over for his first seven holes, you couldn’t have predicted the blitz of scoring that was to follow, but all of a sudden Gleeson caught fire. Four consecutive birdies from the 8th changed the whole complexion of his tournament and an eagle three on 15 got him right in contention.

He kept the foot to the floor right through to the clubhouse, adding a birdie two on 17 to be home in 31 and stalking the leaders at the halfway point of the competition.

And the good news didn’t stop there for Team Ireland with Dundalk’s Caolan Rafferty just one shot adrift of his compatriot after a fine 68 on day two.

Just like Gleeson, Rafferty was slow into his rhythm and made the turn with nine straight pars before bursting into life on his inward half. He retuned five birdies and just the one dropped shot and shares a four-way tie for 6th with two rounds to play.

Further down the field, Tramore’s Robin Dawson carded a fine one-under-par 71 to return to parity for the competition and a share of 19th.

Massereene’s Tiarnan McLarnon finds himself on plus two after a level par score today while Kilkenny’s Mark Power sits on the same score having returned a 74.

Naas’s Jonathan Yates had a much better day firing a two under par 70 to find himself a shot further back on plus three. He’s joined by
Mallow’s James Sugrue in a tie for 31st after his level par effort. Royal Dublin’s Barry Anderson props up the Irish challenge on 13 over after 36 trying holes in South Africa.

All that being said, it puts Team Ireland 1 in an extremely healthy position with two rounds to play in the team event. Taking the best three competing scores on the day into account, Power, Dawson, Gleeson and Rafferty now find themselves on minus eight, just two shots behind leaders, Team South Africa Junior and in outright third place by a full seven strokes overall. An exciting two days of golf lie in wait.