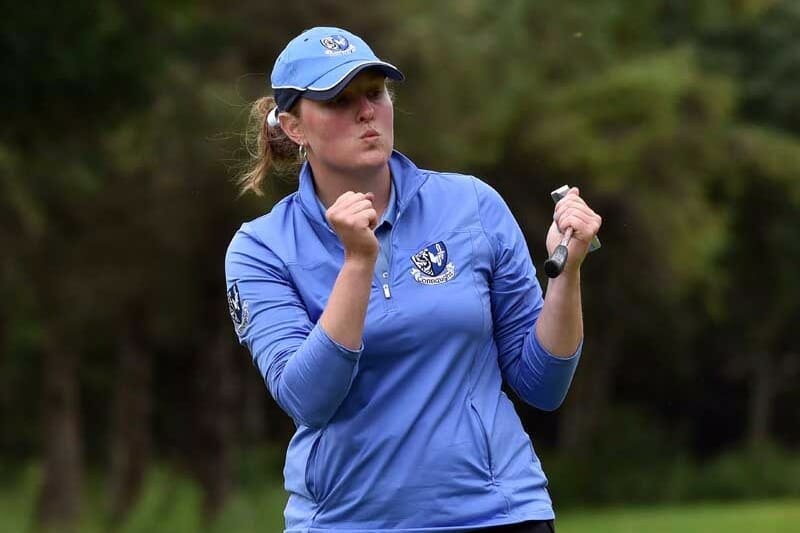 Hilary Hall opened with a +7 score of 79 at the first round of stroke play in the 2017 U.S. Women’s Mid-Amateur Championship at Cypress Creek Course at Champions Golf Club.

The 79 leaves Hall in a tie for 48th ahead of the second round scheduled later today, with the low 64 scores following the completion of 36 holes advancing to match play, which is scheduled to start on Monday.

Hall, originally from the US, has represented Connacht for the last number of years. Having begun her golf journey at 12 years of age, she spent her college years at Queens University in Charlotte, North Carolina, on a golf scholarship. It was there that she met her future husband Iain and after getting married in 2013 they moved to the West of Ireland.

A four year break from the game to focus on her career ended in 2014 when she decided to enter the Leinster Women’s Championship at Ardee. In her own words she was “back in the saddle”, returning to golf on her own terms, for the sheer enjoyment.

In order to qualify for the US Women’s Mid-Amateur, Hall, who now plays her golf at Enniscrone, competed at the qualifier at Blue Hill CC in Canton, Mass in August. Firing a 3-over 75, she earned medallist honours over the field of 22, securing her a coveted spot in the field this week.
Originally scheduled to be played in October at Quail Creek Country Club in Florida, the tournament was forced to be relocated due to the impact of Hurricane Irma, which caused flooding and extensive damage to Quail Creek’s course and clubhouse.