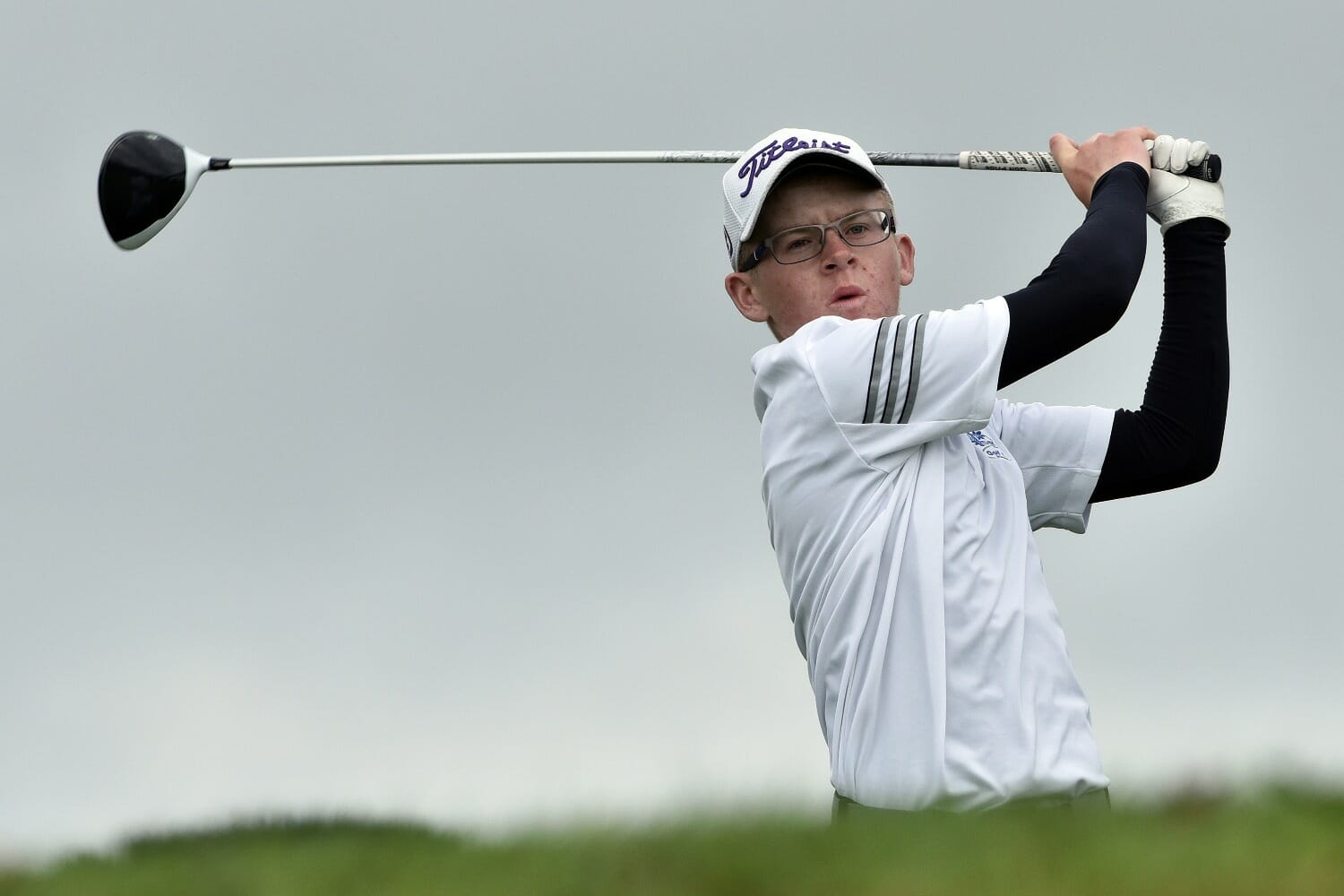 The big names fell by the wayside on the penultimate day of the AIG Irish Amateur Close at Galway as the line-up for the final four took shape.

Castleknock’s Paul Coughlan, who carded a superb 66 in qualifying, took out two internationals on his way to the semi-finals while 17-year-old David Kitt from Athenry was another surprise package.
​
Coughlan ousted Sean Flanagan (Co Sligo) in the last 16, holding out for a one-hole win, and he had to go the distance again when Robin Dawson (Tramore) pinched the 17th. Once more, Coughlan held his nerve to continue his winning streak.

Kitt, who made the cut at the Boys Amateur Championship last week, had a stress free afternoon by comparison, taking out Cairndhu’s Ryan McKinstry 4&3.
Warrenpoint’s Jamie Fletcher showed his championship credentials when defeating clubmate Colm Campbell in round two, and was the first to book his place in the final four by beating Cian Feeney (Co Sligo) 2&1. Ulster interprovincial Marc Norton joined Fletcher in the semis, where he will face young Kitt, following an impressive win against Dundalk’s Caolan Rafferty.

Norton (Belvoir Park) chipped in for birdie at a crucial stage against Rafferty, going two clear with three to play before securing his win at 17.

“The turning point was probably when I holed the chip shot on 15,” said Norton. “It was a mini flop. I holed from off the green in the exact same spot this morning.”
Norton, a student at Oakland University in Michigan, accounted for Mullingar’s Liam Grehan in round three, winning 3&1, and two birdies in the first three holes gave him an early cushion against Rafferty, who had beaten home favourite Ronan Mullarney (Galway) 3&2 in the last 16.
Rafferty found himself behind early on against Norton, who could have been four clear had he made the most of his birdie chances on the front nine. Instead, he turned one up when Rafferty produced a stunning iron shot to set up a winning birdie at the ninth.

Norton’s chip in at 15 put him two ahead and although Rafferty won the next, an errant drive on 17 cost him the match. Norton now plays Kitt in the final four on Saturday morning.
“I couldn’t have expected starting off the week to get this far,” said the Athenry teenager after his quarter-final win against Cairndhu’s Ryan McKinstry. “It’s tough playing someone who hits the ball 50 yards by you. I just kept trying to stick to my own game plan. I played well in the end and it was good enough to win.”

Kitt has form at Galway having finished second at the Connacht Boys here in 2016.
“I’ve played well on this course in the past,” said Kitt. “The course is not too long for me. A lot of the modern courses are very long. At least I can hit some irons into the greens instead of three woods.”

In the first of the semi-finals, which begins at 8am on Saturday morning, Fletcher goes up against Coughlan.
“I am playing well,” said Fletcher. “I felt a bit more comfortable today and I think I have a good chance, big time, if I keep playing the way I am. If I can get a few more putts dropping, I will be hard to beat. At the start of the year, it didn’t really happen for me. But I came here thinking I could have a good run. You have to hit it well and hit it straight around here and I am doing that.”

Fletcher, 21, took out Hugh Foley (3&1) in round three before beating Cian Feeney (Co Sligo) in the quarters. Now he faces giant-killer Coughlan for a place in the final.
“It’s been my best week to date,” said Coughlan, who at 25 is the oldest player left in the tournament. “I was second in Connacht Stroke Play last year but that’s nothing compared to this.”

Coughlan began the week with a stomach bug and doubted if he would be fit to play the first round. Now he is on the brink of a place in the final.

“It’s one person at a time, anyone can win a match,” he said. “Hopefully I can keep it going. My stomach is much better now. I’m back to 100 per cent.” 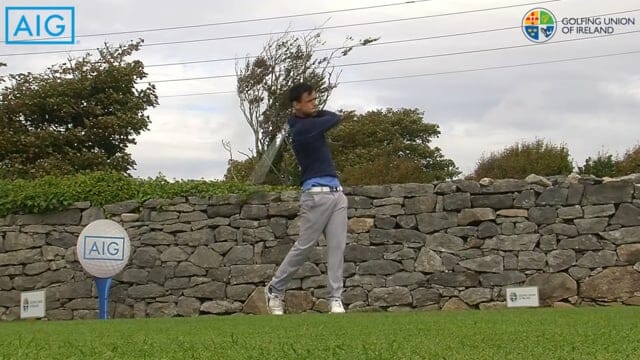