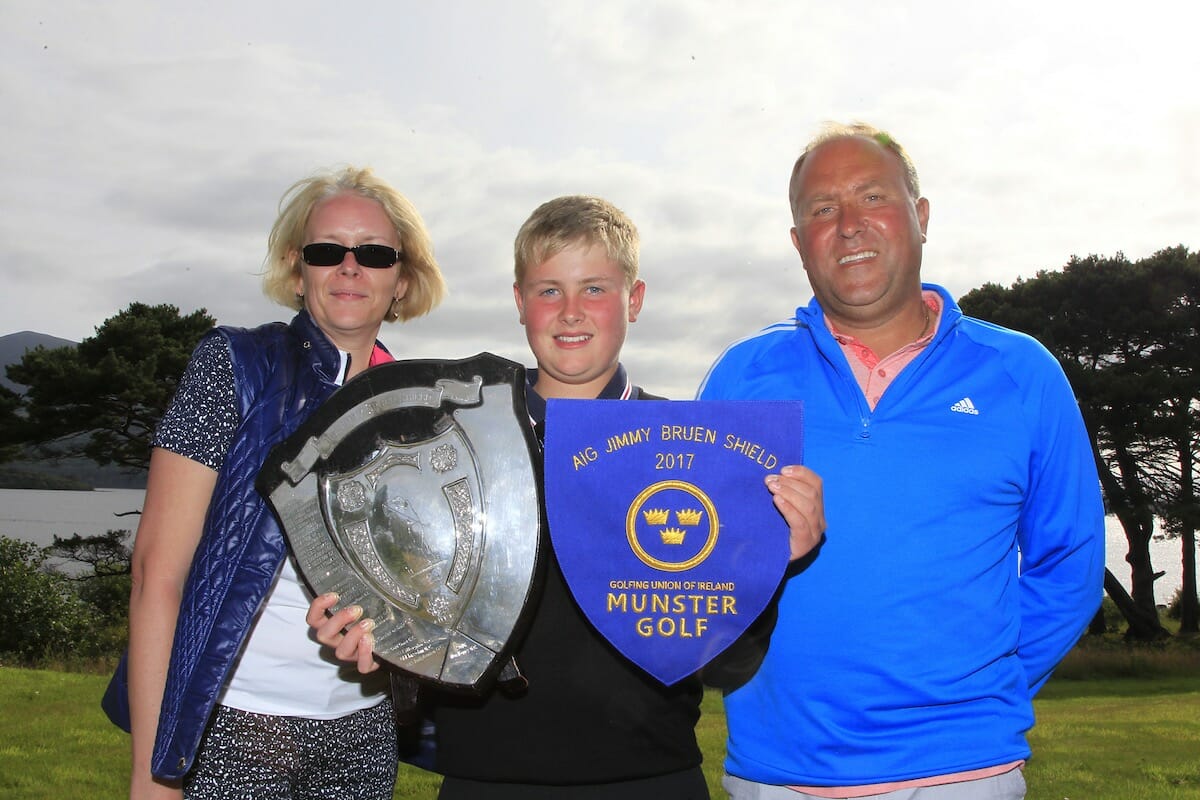 13 year old Sean Calvert was among the heroes for Ballykisteen as the Tipperary club won their first Munster Cups and Shields pennant.

Ballykisteen took the honours in the AIG Jimmy Brien Shield, their first Cups & Shields pennant in the club’s 22 year history after beating Nenagh in the final.  Calvert and partner David Cartlidge claimed the winning point on the 18th green in the final, but only after they won on the 19th hole in the morning to get through the semi-final.

In the AIG Pierce Purcell Shield Thurles accounted for Mahon in their morning semi-final and faced a tough match against hosts Killarney.  The hosts won the first match well, but after that the Tipperary side had the upper hand, the won the second match and the third, and when Adrian O’Keeffe and Martin Fahy won on the 14th the title was headed for Thurles.  It’s the second time in three years that Thurles have won the Munster title and they’ll be looking the repeat their national win in Carton House when they head to the finals in September.

The Killeen course in Killarney was in great condition for the Munster finals with the large numbers of spectators enjoying the sunshine from early morning.  The fast greens and tightly cut fairways came in for praise from all of the teams and spectators.  Jim Long, Chairman Munster Golf congratulated the teams from Ballykisteen and Thurles and thanked all eight clubs involved for a competitive and sporting day in Killarney.  He thanked Cormac Flannery and all involved with Killarney for hosting the event and Brendan McKenna from AIG for their ongoing support of the Cups and Shields competitions.  Tralee will host the finals of the Junior Cup, Senior Cup and Barton Shield next month second set of AIG Cups and Shield finals take place on the Arnold Palmer designed Barrow links.