Rafferty is leading qualifier at North of Ireland Championship 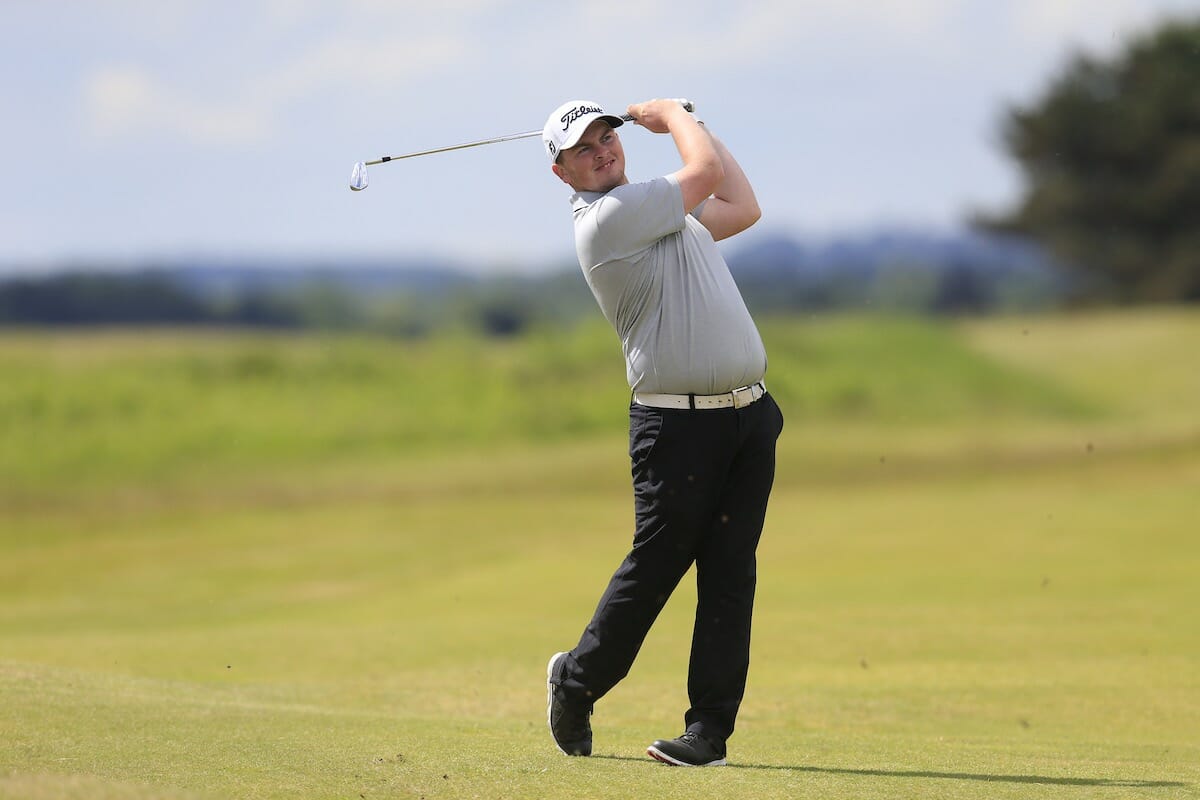 On another day of low scoring is was Dundalk’s Caolan Rafferty who excelled as he took the silver medal as leading stroke play qualifier at the Cathedral Eye Clinic North of Ireland. Championship.

Following low scoring in round one on the Valley Links at Royal Portrush where the lowest score returned on Dunluce was a 69, Caolan Rafferty blitzed his way to a superb 65 with seven birdies, including 4 in a row from the 9th, on the newly revamped Dunluce in round two take the silver medal.

After two qualifying rounds Rafferty finished one shot clear of Fortwilliam’s Hugh O’Hare on 10 under to lead the 64 qualifiers for the match play draw. Beaten semi-finalist at the North in 2015, Rafferty has been in a rich vein of form this season and his reward for topping the qualifiers is a first round match with Stackstown’s John McCarthy/

The cut fell at 145 (+2) after the first day of match play competition today 16 players will remain in the hunt for the title.

Link to the match play draw.