Leona Maguire heads to the semi finals at British Amateur 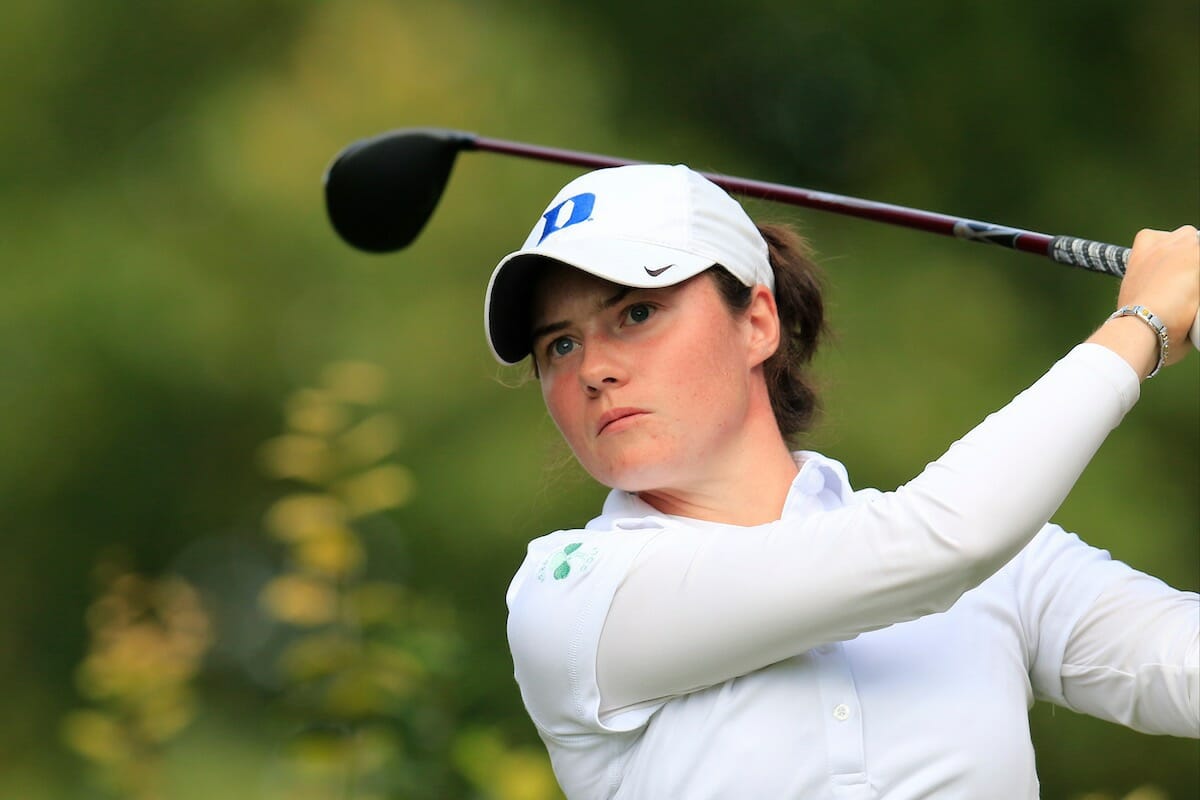 Leona Maguire overcame Paula Grant this afternoon to progress to the semi-finals of the Ladies British Amateur at Pyle & Kenfig and in so doing became the last Irish player remaining in the competition.

The Irish Olympian produced a flawless performance during this morning’s third round, comfortably beating Beatrice Wallin 7&6 to set up a quarter final encounter against Lisburns Paula Grant, who reached the last eight after a narrow one hole win over Olivia Mehaffey (RCD Ladies).

Maguire started the contest in electric fashion after picking up two holes early on and thereafter remained in front for the duration of the match despite Grant’s best efforts. The match was closed out on the 16th hole and Maguire advanced to tomorrow’s semi-finals with a 4&2 win.

“I played really nicely this morning with a lot of birdies and then carried it through to this afternoon’s match. Paula has been playing really well all week so I knew it was going to be a very tough match. I got off to a good start and we traded birdies for a while so I was glad to get the win in the end,” said Maguire.

“You can be a bit more aggressive in match play and take on a few more shots than you normally would in stroke play. It’s nice to make as many birdies as you can. My competitive edge comes out a bit more in match play, ” she added.

“Obviously to win the championship would be great as it’s one of the biggest amateur events but I’ll just take one match at a time. I’ll go out there tomorrow and play as well as I can.”

Leona will not face Finland’s Anna Backman in the semis tomorrow starting at 08.30am followed by the Final.