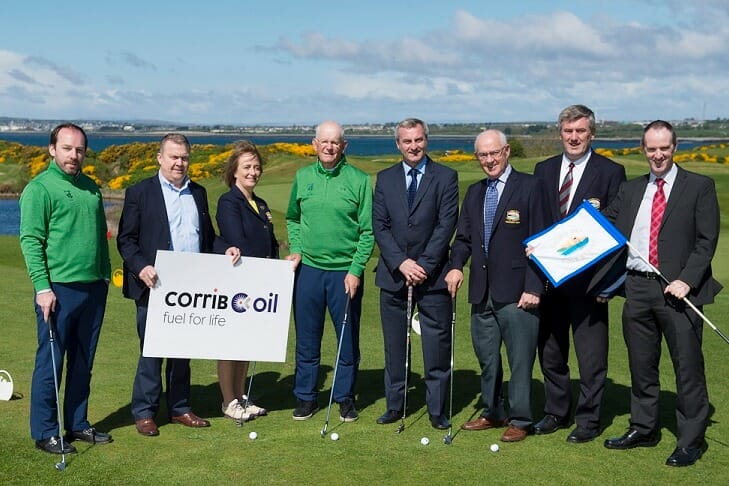 Three of Ireland’s six Walker Cup panelists have been named in the GUI team for the biennial match against the Metropolitan Golf Association of New York for the Carey Cup. The match takes place at Galway Bay Golf Resort, 17-18 May.

Irish Amateur Open Champion Colm Campbell will head the GUI team having been a member of the winning side in the last staging of the Carey Cup in 2015. Irish Close Champion Alex Gleeson is also back for another shot at the trophy alongside Naas Golf Club duo Conor O’Rourke and Jonathan Yates.

The Island’s Kevin LeBlanc will join Kilkenny’s 16-year old Mark Power who makes his senior debut in completing the selection. The GUI team will be captained by Lucan’s Tony Goode.

This year the MGA team includes Stewart Hagestad, the low amateur at this year’s US Masters. He was last year’s MGA player of the year and is sure to set the standard that our boys must meet if they want to come out on top.

Corrib Oil, who have strong connections on both sides of the Atlantic, have come on-board as the main sponsor of the event, which will be preceded by an Am/Am on Tuesday 16 May.

Speaking at the announcement, GUI Chief Executive Pat Finn said: “I am delighted to have such wonderful support from Corrib Oil for the Carey Cup matches at Galway Bay next month. I must also express my sincerest gratitude and appreciation to Chauncey Durkin and Frank McCann who have played a major role in bringing these matches to fruition. They have worked tirelessly behind the scenes in New York to generate support from the Irish-American business community and without their efforts we would not be in a position to continue these great matches.”

Ronan Killeen, Managing Director of Galway Bay Golf Resort said; “We are delighted to be hosting the 2017 Carey Cup. This match between the best amateurs from the GUI against The MGA of New York selection offers us an opportunity to showcase the wonderful Christy O’ Connor Junior designed golf course that is fast becoming one of the finest courses in Ireland. Along with our General Manager Barry Phelan and his team, we are looking forward to hosting and looking after the golfers and supporters next month when two teams battle it out for the prestigious Carey Cup”