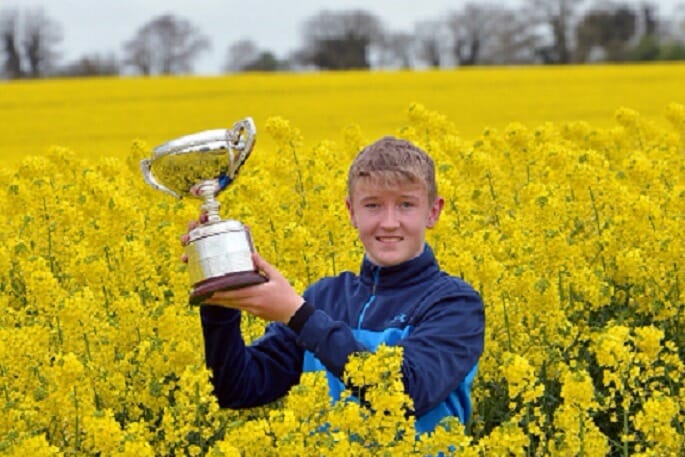 It was a great day for Lisburn’s Aaron Marshall who won the 2017 Leinster Boys Amateur Open Championship yesterday at Headfort New Course in a three-hole playoff against Edward Walsh (Mallow).

Both players finished 54 holes on one under par (215) to force a play-off situation.  It was Marshall who emerged victorious when, leading by one shot on the third extra hole, hit a magnificent seven iron 160 yards from a fairway bunker to approximately 10 feet from the flag.  He held his nerve and holed the putt to win the title by 3 shots.

Third place went to Hilton Templepatrick’s Reece Black who carded a superb 68, four under par on his final round to finish on two over (218).