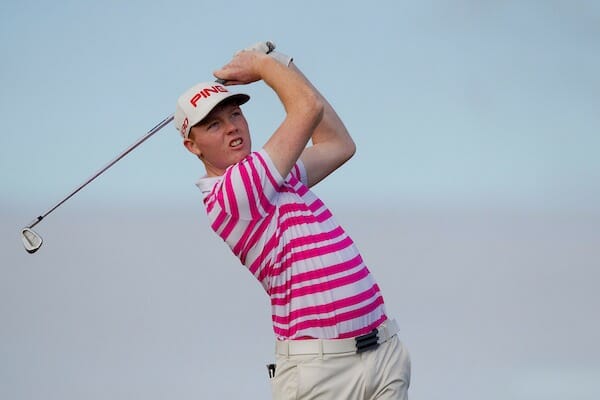 A strong final day for the Irish players saw Robin Dawson (Maynooth)  claim his second runner-up place in two weeks as he was beaten on the fourth hole of a play-off by Garrick Higgo (South Africa) after three players finished on -10.

Dawson carded a one under par final round to get into the playoff and it was the end of two solid weeks in South Africa for the Maynooth student after he had also finished second at the South African Amateur Strokeplay last week,

Elsewhere Stuart Grehan (Tullamore) returned a five under par 67 in the final round which propelled him up the leaderboard to T4 alongside Alex Gleeson (Castle) on a tournament total of -9.  Kevin Le Blanc (The Island) claimed a tie for 18th with a level par final round while JR Galbraith (Whitehead) and Colm Campbell (Warrenpoint) finished just inside the top 50 on a tournament +8 total.