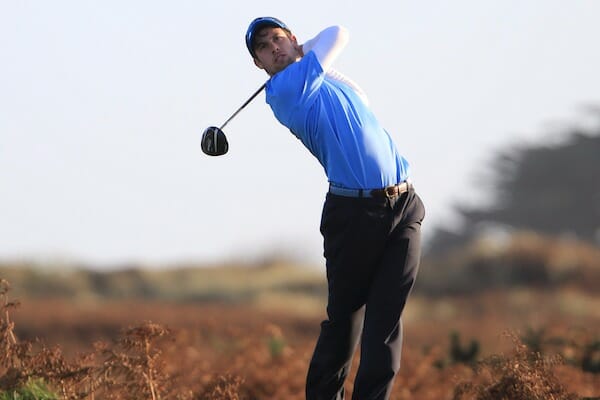 It was a day to remember for the Irish players in South Africa on day two of the Cape Province Open as Alex Gleeson (Castle), Kevin Le Blanc (The Island) and Robin Dawson (Maynooth) all hold Top 5 positions heading into the all important round three.

Gleeson had the best of days as he carded a 66 (-6) to add to his opening 69 which leaves him on top of the leaderboard on -9 and two strokes ahead of Irish teammate Kevin Le Blanc who added a 67 to his opening 70.

Robin Dawson is sitting in fifth place after a level par round of 70 in round two while Stuart Grehan (Tullamore) lies on -1 overnight alongside John Ross Galbraith (Whitehead) in T25th place.

Colm Campbell (Warrenpoint) and Conor O’Rourke (Naas) are in T55th place on +4 while Colin Fairweather didn’t make the cut.