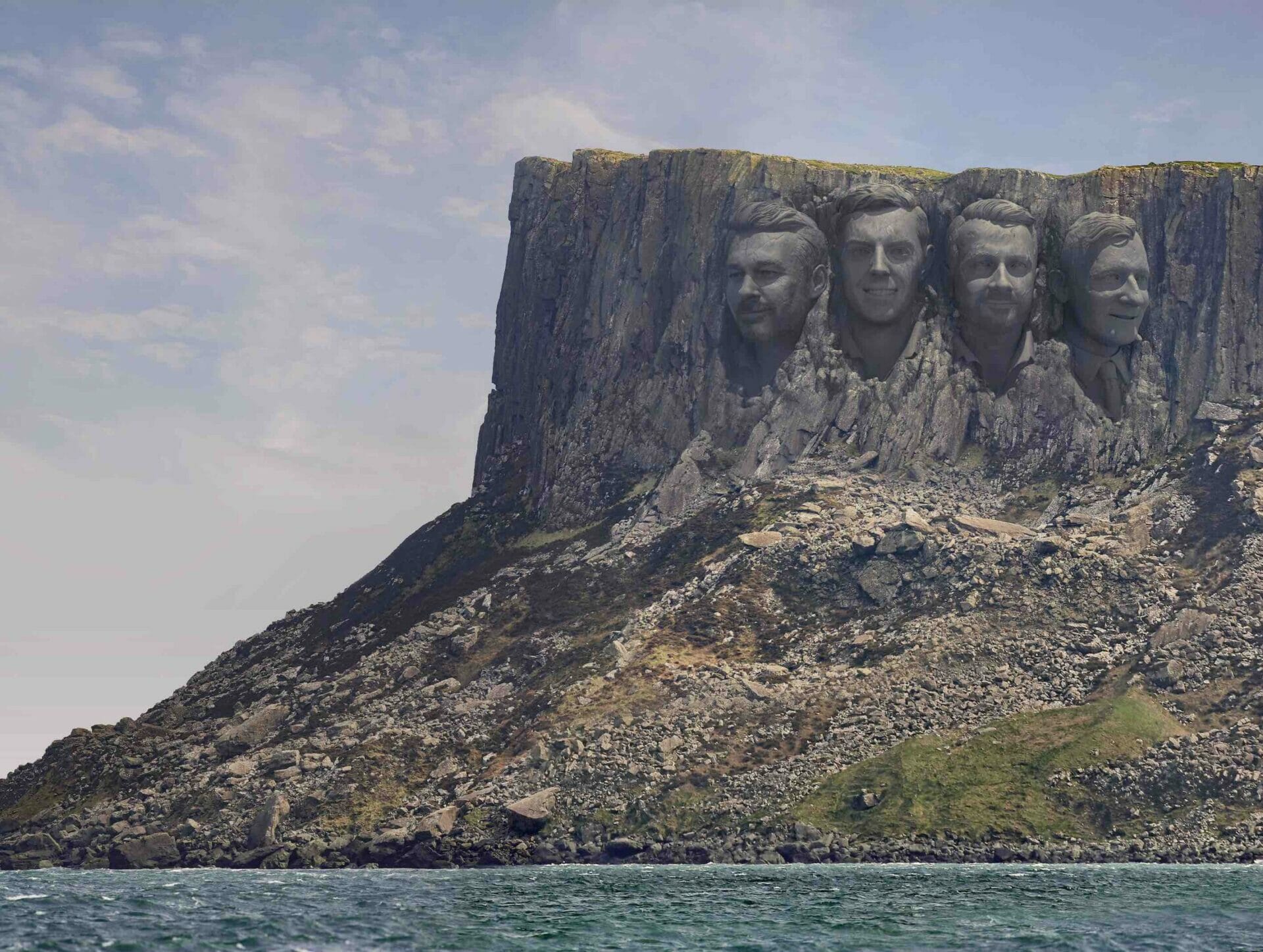 With the 148th Open at Royal Portrush now just a matter of days away Tourism Northern Ireland has unveiled a very fitting and clever tribute to four Irishborn  golfing legends.

In a specially commissioned visual, the iconic cliffs of Fairhead in County Antrim have been digitally transformed into an eye-catching sculpture featuring the images of local golfing greats, past and present. Rory McIlroy, Graeme McDowell and Darren Clarke, who will all now be competing in the tournament, feature in the design, alongside former Open Champion and Portrush man Fred Daly.

Engaging the talents of Hollywood digital CGI artist Mike Campau, the tongue-in-cheek stunt has been designed to reflect how Northern is truly ‘Made for Golf’, illustrated not only by their sporting talents but also in the landscapes and rugged coast. The timing of the tribute could not be more fitting as Northern Ireland golfers celebrate their recent triumphs on the course, with Rory McIlroy winning the Canadian Open by seven shots to secure his 16th PGA Tour title and fellow Northern Irishman Graeme McDowell after finishing tied eighth on 10 under.

Tourism NI last week marked the last official stop of a 500-mile community engagement campaign ‘The Epic Journey to The 148th Open’, and with just a month to go, Open fever is starting to take a grip of the nation as the spotlight falls on Portrush.

Tourism NI Marketing Director Naomi Waite said: “With ‘Open fever’ beginning to take a hold, we wanted to honour the global golfing heroes who collectively have played a key role in bringing The 148th Open to Northern Ireland and, through their talent, have made Northern Ireland a growing international golf destination. It is just one of many activities we have planned to celebrate the enormous pride that the people of Northern Ireland have in the achievements of our golfing greats. “While Northern Ireland might one day boast its own ‘Mount Rushmore’ for golf, we can reassure everyone that this stunt is digital theatre and something we hope will raise a smile ahead of July.”

Robin Daly, son of the late Fred Daly, said: “Our family are extremely honoured that my father is being remembered in this way. We are really looking forward to the return of The Open to our shores for the first time in nearly 70 years and this sculpture is a wonderful tribute to the talents of these local sportspeople who have earned their place in the history book of golf.”