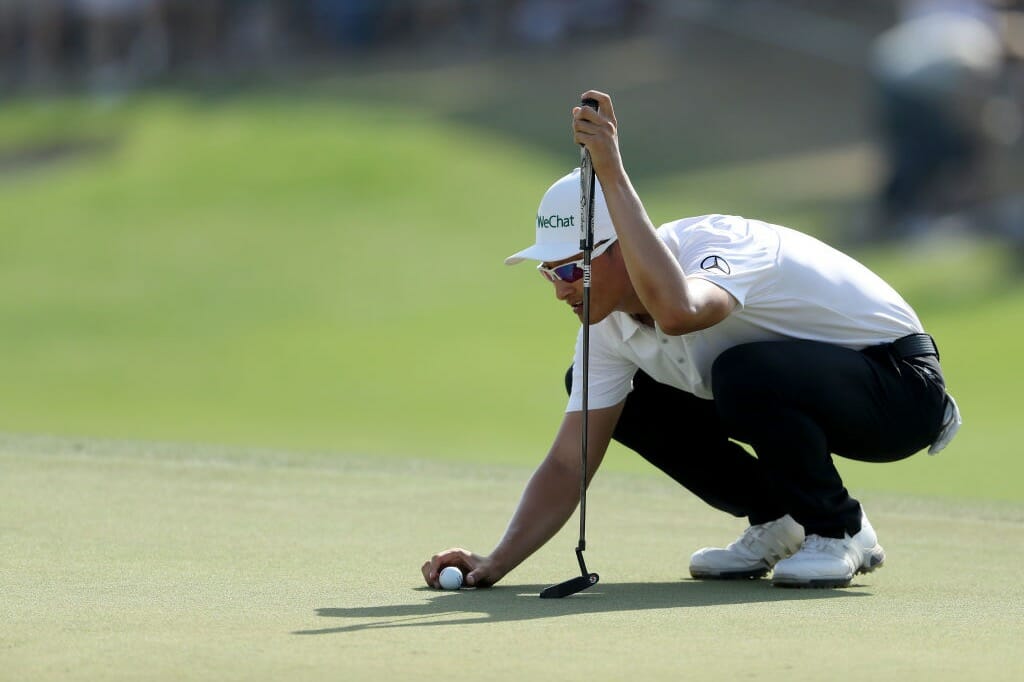 That’s a risky opener I know and I say it as a 28-year-old who’s just moved back into his parents’ abode after two years of independence in London. Greeted by an indoor shoe policy and an instant gulp of regret, I’m living with a woman who expects me to wash my hands before I shower so as to not dirty the power button with my finger prints. That’s right, I pre-wash before I shower and despite all that, I love my Mam and it’s great to be home!

It’s a little reminiscent of how I’m feeling about golf right now. 2019 saw grand changes to the ancient rule bookwith knee-high drops, permission to fix spike marks, putting with the flag-in and three-minute max lost ball searches, all introduced to speed up a game in desperate need of innovation. It restored my faith in the clandestine brotherhood atop the game’s ivory tower that at long last they could see beyond their blazer-trailed traditionalism to allow common sense prevail.

“Some rules are nothing but old habits that people are afraid to change.” American author Therese Anne Fowler wasn’t speaking of golf when she penned this but I’ve always considered it apt. But suddenly the habitual was no more. Perhaps the last batch had died off in 2018?

Then my Twitter exploded on Monday morning and normal service was resumed.

China’s Haotong Li found himself on the receiving end of a grey area surrounding a rule of golf; it’s as if it was foretold in the scriptures. Judged to be in breach of new Rule 10.2b that states; ‘pointing out line of play for ball anywhere except on putting green, a player may have his or her line of play pointed out by: having his or her caddie or any other person stand on or close to the player’s line of play to show where it is, but that person must move away before the stroke is made’, Li was penalised two shots and missed out on $100,000 for the indiscretion, much to the golfing world’s horror.

Motivational speaker Simon Sinek’s wise words immediately came to mind; “If no one ever broke the rules, then we’d never advance.”
Having reviewed the footage, Li’s caddie Mike clearly starts to walk off paying no heed to his employer’s line before Haotong takes his address.

So, what better time for the R&A to show they’ve advanced, admit their wrong-doing and pardon the innocent party?
Instead we got this:

“We have reviewed the Li Haotong ruling made by the European Tour referees and agree that it was correct. There has been some misunderstanding of the new Rule and I would point out that it is designed to prevent any opportunity for the caddie to stand behind the player as he begins to take his stance.”

Now Haotong Li won’t need me to tell him that this year marks the Year of the Pig in the Chinese calendar but perhaps he’s unaware of the old porcine proverb; ‘you can put lipstick on a pig, but it’s still a pig.’ It seems the R&A have rolled out some new rules in an effort to dress themselves as something they’re not; progressive, sensible and open to change.

I love golf but just like they do with my Mother, the rules continue to test that adoration to the limit.