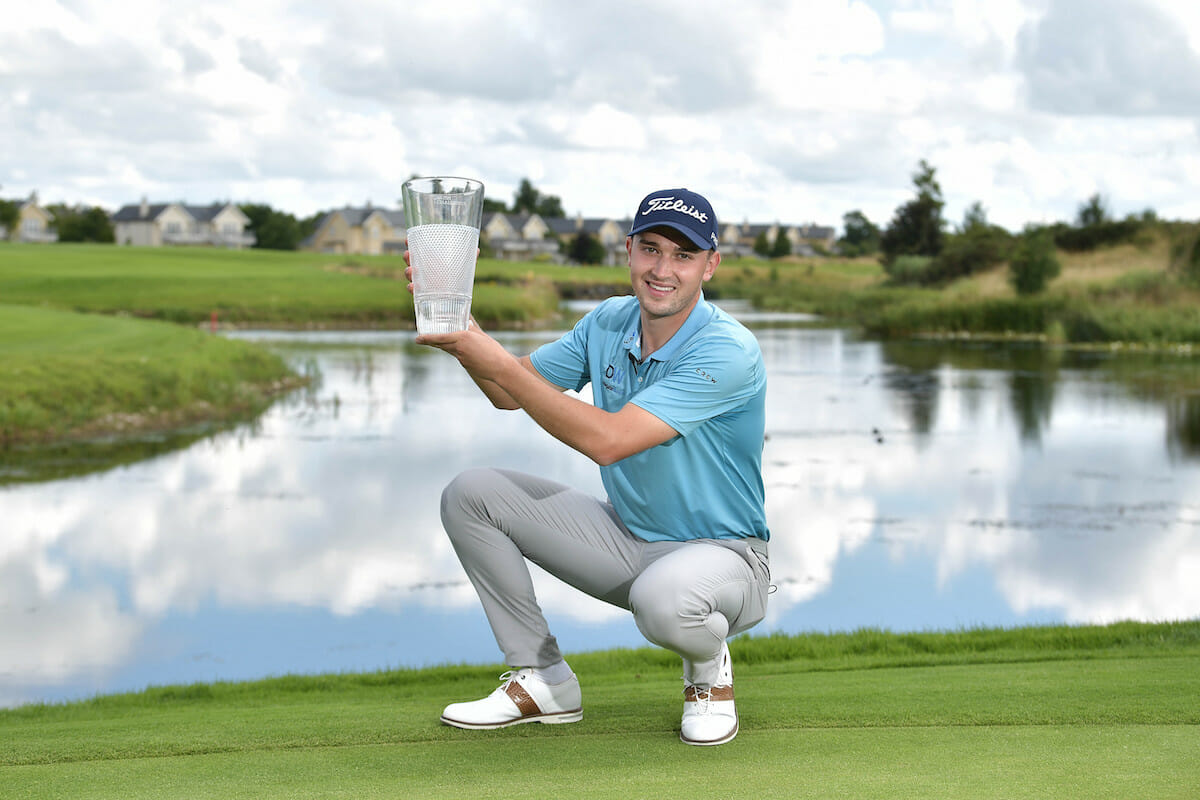 Todd Clements admitted it was a “surreal feeling” to break his Challenge Tour duck in dominant style as he cruised to a six-shot victory to lift the Irish Challenge title at the Palmer South course at The K Club.

The 25-year-old Englishman started the day with a five-shot lead at 15-under and closed things out with a professional display, four birdies and a hole-out eagle on the par-four 14th leaving him well clear at the top going down the stretch.

His lead was so big that he could afford to card bogeys at the 16th and 18th to finish with a four-under 68 and at 19-under-par and still saunter to his third professional win having already tasted success twice on the PGA EuroPro Tour.

Galgorm’s Tom McKibbin finished second as eight birdies – six of them in a row on his front nine – and two bogeys saw him card a six-under 66 to steal in ahead of Kinsale’s John Murphy and win the Christy O’Connor Jnr Memorial Trophy for the best Irish finisher.

The 19-year-old ended the week at 13-under-par, which earns him an invite to next year’s Horizon Irish Open at the Palmer North course at The K Club, with Murphy’s closing 70 seeing him claim third on his own at 11-under-par.

But the week belonged to Clements, who led after the second round and never looked back, with a consummate weekend performance of rounds of 70 and 68 easing him to the win.

“It’s a surreal feeling really,” he said. “It’s been an unbelievable four days. I was pushed right to the wire, it doesn’t really look like it but it’s been a great week where everything clicked. I managed to get over the line and I’m absolutely delighted.

“It’s a big step in the right direction for me. I’ve been pushing for it for a while but the support my team have given me is amazing.

“My mum and dad, what they’ve actually put themselves out to do, hopefully I can have a strong end to the season and get my DP World Tour card, that’s something I’ve dreamed of as a kid and would be for them. What they’ve sacrificed for me is no end, so I can’t thank them enough.”

Mallow man James Sugrue struggled in his final round as two double-bogeys on his back nine – along with three birdies and two bogeys – led to a three-over 75 and he ended the tournament at three-under tied for 30th.

Malone’s Matthew McClean was the best amateur finisher as four birdies and four bogeys led to a level-par 72 to finish in a share of 40th at level-par for the week, as did Ballymena’s Dermot McElroy following two birdies, five bogeys and a double-bogey in a final round 77.

Castle amateur Robert Moran had four birdies, two bogeys and a double-bogey in a 72 to end the week tied for 49th at two-over-par, with The Island’s Paul McBride coming in 53rd at four-over-par after a 72 of his own courtesy of three birdies and three bogeys.