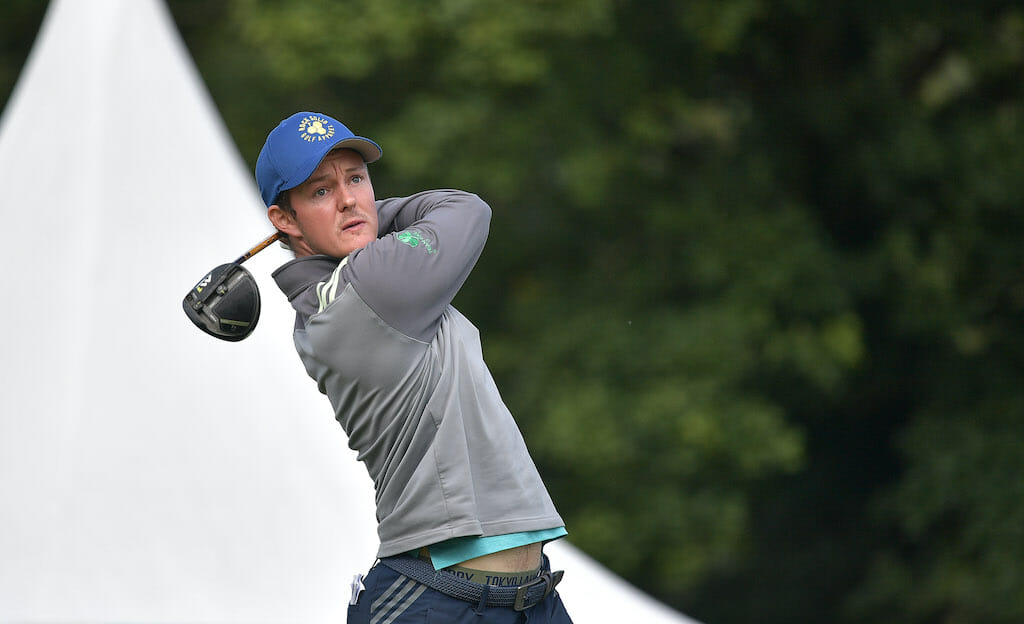 Whitehead’s John-Ross Galbraith finished just outside the top-five at the IFX Payments Championship on the PGA EurorPro Tour as he ended the week just three shots off top spot at Studley Wood in Oxfordshire.

The Ulsterman would end the tournament at 13-under-par after a three-under 70, which saw him claim a share of sixth place and finish three shots behind England’s Luke Ayres, who held off Joshua McMahon by a shot.
Galbraith had started the final day three shots off the lead and needed an impressive response to an early setback as back-to-back bogeys at the fourth and fifth saw him tumble down the leaderboard.

But three birdies and an eagle in his next five holes got him moving in the right direction, although he will be slightly annoyed that a birdie at the par-four 15th was cancelled out by a bogey at the next hole to deny him a top-five spot, though it is still a second top-10 finish in his last three starts.

Meanwhile, Ayres claimed the victory thanks to a sensational final round seven-under 66 that saw him soar through the field, with a final flourish of three straight birdies – of eight in his round – taking him to 16-under to set the clubhouse target.

That would prove to be enough, with McMahon’s back-to-back birdies to finish his week not enough to force a play-off, with another English duo in Taylor Carter and Luke Joy sharing third at 14-under-par after third rounds of 67 and 70 respectively.

PGA Catalunya’s Luke Donnelly missed out on a first-ever top-10 finish by one shot as five birdies and two bogeys led to a three-under 70 to leave him 12-under, while Galway’s Ronan Mullarney and Tullamore’s Stuart Grehan both closed with 70s to share 23rd at 10-under.