Higgins three adrift ahead of final round of Professional Championship 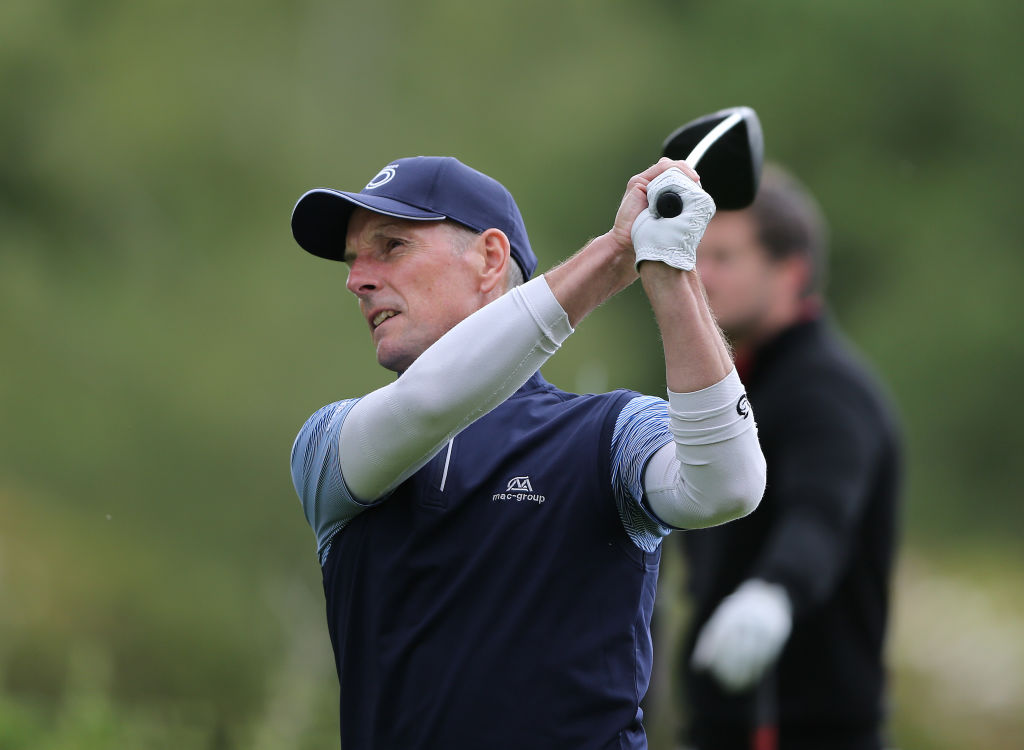 David Higgins is three shots off the pace heading into the final round of the PGA Professional Championshop at Slaley Hall.

Higgins is in a share of second place on five-under alongside Alex Wrigley with England’s Ashley Mansell out in front on eight-under-par.

The Waterville professional entered the day in a share of the halfway lead after successive rounds of 70 but a third round of 71 saw him relinquish that lead although he managed to claw his way into the final group.

It could have been worse for Higgins but he recovered from an early triple-bogey to shoot an under par round and keep his hopes alive.

After a birdie on the third saw him go out in front on his own, disaster struck for the Cork native after he carded a seven on the par-4 4th to tumble down the leaderboard.

However, he responded in emphatic fashion with a hat trick of birdies as he turned in one-under 35.

A bogey on the tenth and a birdie on 13 saw him home in 36 as he stayed in touch with Mansell who shot a superb five-under 67.

Simon Thornton is five shots adrift after a much improved 69 moved him to three-under and into fifth place.

There was disappointment for Tim Rice who shot a five-over 76 to drift out to plus six for the championship.