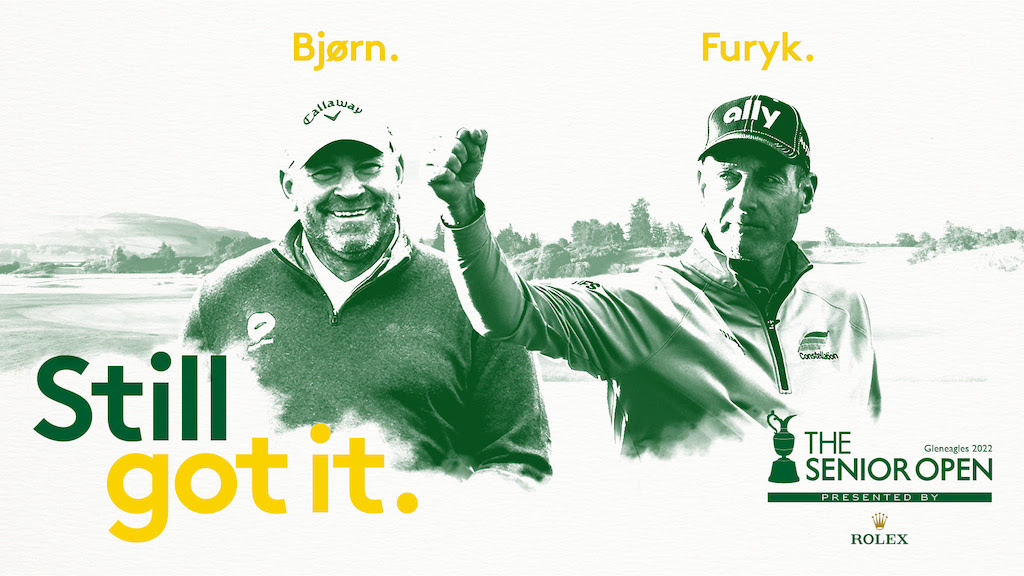 Ryder Cup Captains Thomas Bjørn and Jim Furyk, who went head-to-head at Le Golf National in 2018, will visit Gleneagles for The Senior Open Presented by Rolex from July 21-24, 2022.

Denmark’s Bjørn, a 15-time DP World Tour winner, led Team Europe to victory over Furyk’s United States team in Paris, and they renew their rivalry once more when Europe’s only Senior Major Championship gets under way next month.

Furyk made his Senior Open debut at Sunningdale last year and finished in a tie for 16th place, just weeks after picking up his maiden Senior Major title at the U.S. Senior Open where he finished three strokes clear of Retief Goosen and Mike Weir at Omaha Country Club.

The 52-year-old has enjoyed a distinguished 30-year career in the game, collecting 17 PGA TOUR titles and one Major Championship – the 2003 U.S. Open – as well making nine appearances in the Ryder Cup.

His final outing as a playing member of Team USA came at Gleneagles in 2014, under the stewardship of three-time Senior Open winner Tom Watson, and the former World Number Two is excited to return to Scotland, the Home of Golf.

“I am really looking forward to heading over to Scotland for The Senior Open Presented by Rolex,” he said.

“Gleneagles is an awesome venue and I am excited to be part of the field which will take the Championship there for the first time.

“Scottish golf fans are some of the most passionate and knowledgeable in the world and it makes for areally enjoyable week when we make the trip over. I can’t wait to see everybody on the King’s Course next month.”

Bjørn, Denmark’s most successful golfer of all time, will make his second appearance in the Championship after finishing in a tie for 11th at Sunningdale last year, one month before earning his maiden over-50s title at the Irish Legends presented by the McGinley Foundation.

Gleneagles harbours great memories for the Dane, who has twice tasted success in Perthshire after being part of Paul McGinley’s victorious 2014 Ryder Cup team, in addition to his 2011 Johnnie Walker Championship victory.

“Gleneagles has provided me with many happy memories and I am incredibly excited to be going back there for the Senior Open,” he said.

“I was quite pleased with my finish last year but this year I really want to compete for the title. The competition is so fierce out here and it would mean a lot if I was in the mix on Sunday.

“The Senior Open is one of the highlights on the schedule and it will be such a special week at Gleneagles. I can’t wait for it.”

Tickets to see the world’s best over-50s golfers in action at Europe’s only Senior Major Championship are on sale now.

Ticket prices for The 2022 Senior Open Presented by Rolex start at £20 for Wednesday’s practice day, while season tickets, offering access to all four Championship days at Gleneagles plus the practice day, are priced at £110.

Tickets can be purchased by CLICKING HERE and it is recommended to buy tickets in advance due to the high demand for the tournament and the limited capacity on-site.

Hospitality experiences are also available this July, offering the chance to soak up the Gleneagles atmosphere in style, please follow this LINK for more information.