Kilpatrick and Quinlan tied at the top in Malahide 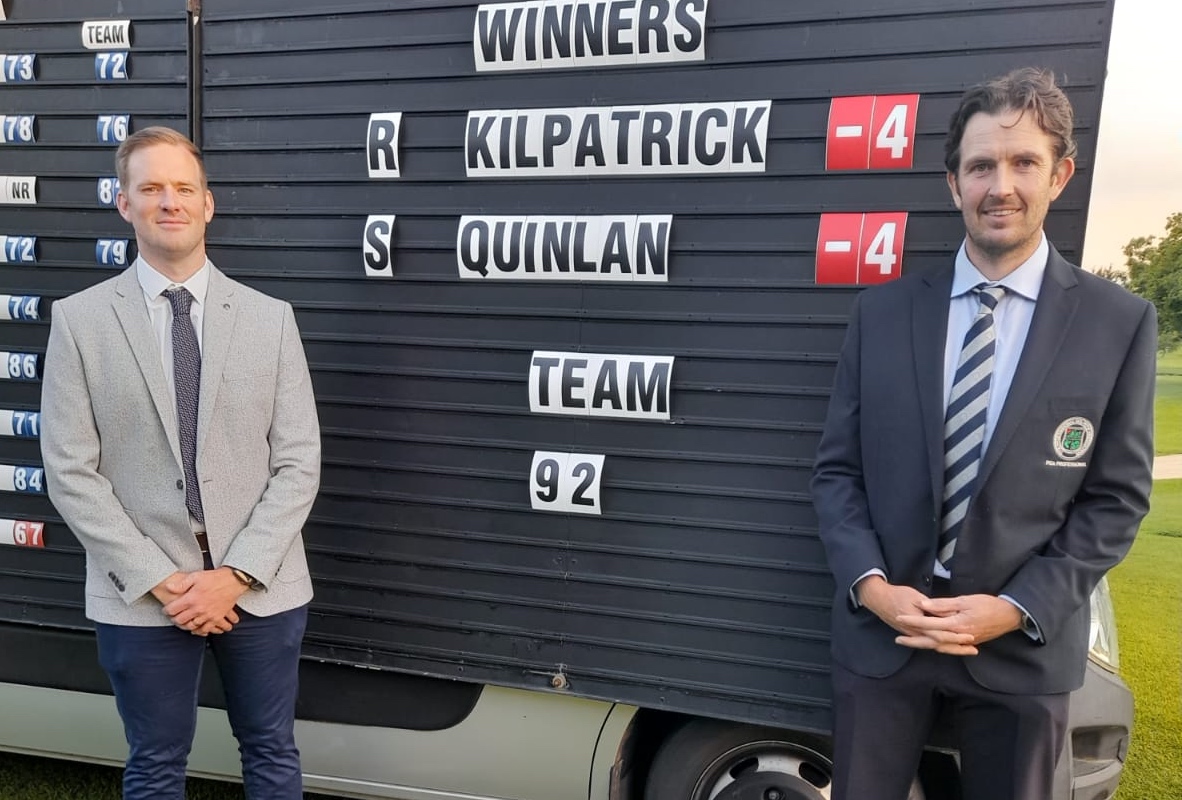 The spoils were shared at the end of the latest PGA Pro-Am as Richard Kilpatrick and Steven Quinlan couldn’t be separated after an eventful Philip Walton Malahide Pro-Am at Malahide Golf Club.

Bandridge’s Kilpatrick and SQ Golf’s Quinlan both shot rounds of 67 to tie at the top on four-under-par earning them a share of first prize.

For a long time it looked as if Kilpatrick was going to walk away with the win after he carded six birdies and two bogeys early in the day to soar to the summit.

Kilpatrick roared to the turn in just 31 strokes after birdies on the second, fifth, sixth and ninth in a flawless opening nine.

A birdie on the eleventh moved him to five-under before a further birdie on the 15th was cancelled out by dropped shots on the 12th and par-5 17th.

It looked as if Kilpatrick had done enough to edge to victory but Quinlan had other ideas and four birdies in his last five holes snatched him a share of the spoils.

Birdies on 14, 15, 17 and 18 helped Quinlan to the top of the leaderboard in an electrifying finish.

Quinlan started well and birdies at the first and fifth helped him turn in 33 before a brace of bogeys on 12 and 13 sent him tumbling back to level-par and four shy of Kilpatrick before he put on a stirring finish.

The pair finished one shot ahead of Nicholas Grant (Knock Golf Club) and Limerick’s Tim Rice who shared third on three-under while Brendan McGovern (Headfort), Shane Jenkinson (The Island) and Brian O’Reilly (Glenlo) settled for fifth with two-under 69s.

Eoin O’Brien and Richard O’Donovan were the other two players to finish under-par as they signed for 70s.