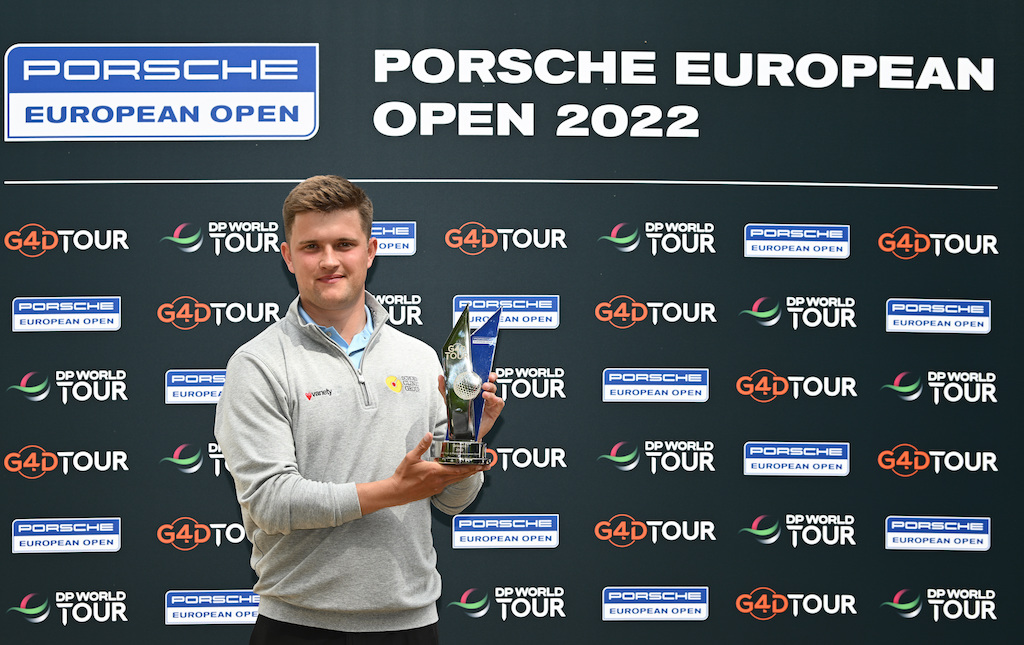 Kipp Popert secured back-to-back victories on the G4D Tour as he defeated World Number One Brendan Lawlor in a play-off at G4D @ Porsche European Open.

The Englishman, currently ranked second on the WR4GD (World Ranking for Golfers with Disability), trailed Lawlor by a shot heading into the second and final round but carded a one under par 71 on the formidable Porsche Nord Course at Green Eagle Golf Courses to force a play-off for the second time this season.

Lawlor had brilliantly bounced back from three bogeys in an outward half of 37 with five birdies on his back nine but was left to rue a final hole bogey in his round of 72 that meant extra holes against the in-form Popert who was victorious at the inaugural G4D Tour event earlier this month, G4D @ Betfred British Masters, after defeating Chris Biggins and Kurtis Barkley in a play-off at The Belfry.

Both Popert and Lawlor birdied the first play-off hole and then parred the second to force a third sudden-death hole. Lawlor found the water with his second shot on the par five 18th, going on to sign for a double-bogey seven, while Popert found the green in three and tapped in for par to win his second G4D Tour title.

“My putt in the first play-off hole was probably the first one all week that went in the middle,” said Popert. “My green reading wasn’t the best this week, but I just focused on the read and knocked it straight in.

“I always like to know (what’s happening on the course), I love pressure. I love to be over putts thinking ‘I’ve got to hole this’ – apart from there on 18. I had one look on the back nine (at the scores), and then another at about 15. I was trying to make birdies as I came in, and I did, so I’m very pleased.”

Popert made the turn one over par as he chased down Lawlor, and carded his first birdie of the day on the 11th. He then dropped another stroke on the 13th, but birdies on the 15th and 17th saw him set the clubhouse target at one over par as Lawlor bogeyed the last to join him on that number.

“There’s someone called Jack Nicklaus who once said you only have to win by one. That’s all I was thinking, so I just tapped it down there on that last play-off hole,” added Popert.

“It was a very solid round, my caddie Ben did amazing this week. We just stayed patient. We tried a new system this week and I was shouting numbers at him all the time – it worked really well, so more of that in the future, I hope.

“It’s been incredible. The facilities this week, the staff, the director of the event…we were treated like Tour Pros. It was awesome to be involved. This Tour is going from strength-to-strength and long may it continue.”

The second event on the G4D (Golf for the Disabled) Tour took place ahead of the Porsche European Open in Hamburg, Germany, with ten of the world’s best golfers with a disability taking on the same setup as the DP World Tour competitors later this week.

The next G4D Tour event will take place from June 27-28 with G4D @ Horizon Irish Open at Mount Juliet Estate in the Republic of Ireland.