Edoardo Molinari named as Vice Captain for the 2023 Ryder Cup

Henrik Stenson has named Italian Edoardo Molinari as his second Vice Captain for the 2023 Ryder Cup which will be played at Marco Simone Golf and Country Club in Rome, Italy from September 25 – October 1, 2023.

Molinari, alongside his brother Francesco, was part of the victorious European Team in the 2010 Ryder Cup at The Celtic Manor Resort in Wales. He has also won three times on the DP World Tour, previously known as the European Tour, and has made 356 Tour appearances to date.

Molinari will undoubtedly be a popular addition to Team Europe amongst the home support when Italy hosts the biennial contest for the first time next year.

He said: “It is fantastic. I played the Ryder Cup in 2010 and to be able to be a Vice Captain in this one is a dream come true. It was a very unexpected call from Henrik. We had chatted a few times about stats and what I could do to help the team, but I never expected this.

“Knowing Henrik, he will leave no stone unturned. He will do everything he can to win the Ryder Cup back. It will be a lot of fun for all the guys playing for him too. He has always been a very friendly guy, and is always smiling, so I think it will be a fantastic atmosphere in the team room.

“The Italian fans will be loud and passionate at Marco Simone. For the players, it will be a lot of fun to play in front of such supportive crowds. Rome is a fantastic city, one of my favourites in the world. It is going to be a great week overall and I am very happy that the players will get to experience Rome.

Stenson said: “I’m delighted to welcome Edoardo to the 2023 European Ryder Cup team as a Vice Captain. I’ve known him for a long time and he is obviously a Ryder Cup player himself. He is really into stats and he works with a few of the players who will potentially be on my team.

“I asked him if he would do me the honour of joining the team and he was delighted to. I’m very happy to have him on board and I’m very much looking forward to his input and to lean on his experience. With him being Italian, it is going to be an extra special week for him.

“I envisage Thomas and Edoardo as the working group that I will lean on for the foreseeable future. There will be a lot of healthy discussion and input between us. I’m delighted to have both of them as part of Team Europe.” 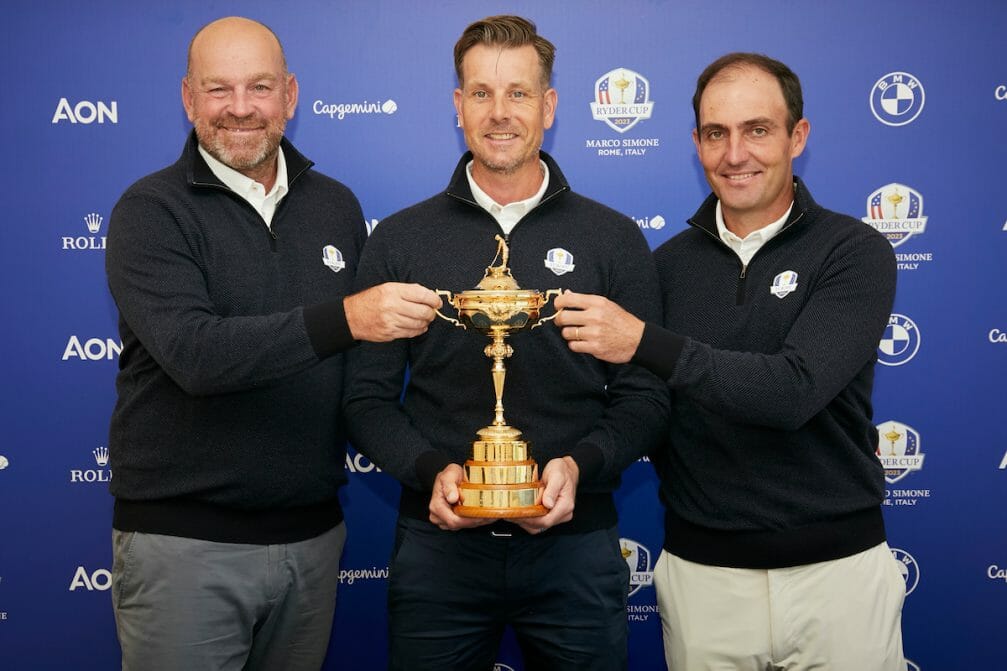 Molinari and his brother Francesco followed compatriot Costantino Rocca into Ryder Cup folklore when they represented Europe in the Ryder Cup in 2010 at The Celtic Manor Resort in Wales.

The Molinaris became the first brothers to compete against the United States since Bernard and Geoffrey Hunt played in the 1963 Great Britain & Ireland team, when they played in the 2010 contest at The Celtic Manor Resort in Wales. They halved their fourball match against Stewart Cink and Matt Kuchar, while Edoardo contributed another crucial half point in his singles match against Rickie Fowler as Europe triumphed 14½-13½.

In addition to his three victories on the DP World Tour, Molinari was also the Challenge Tour Number One in 2009 and was, for a number of years, a respected member of the DP World Tour’s Tournament Committee.

Before turning professional Molinari won the 2005 US Amateur Championship and alongside Francesco, claimed the World Cup of Golf for Italy in 2009 at Mission Hills in China