Disappointing final round for McGovern as Raitt secures two-shot win 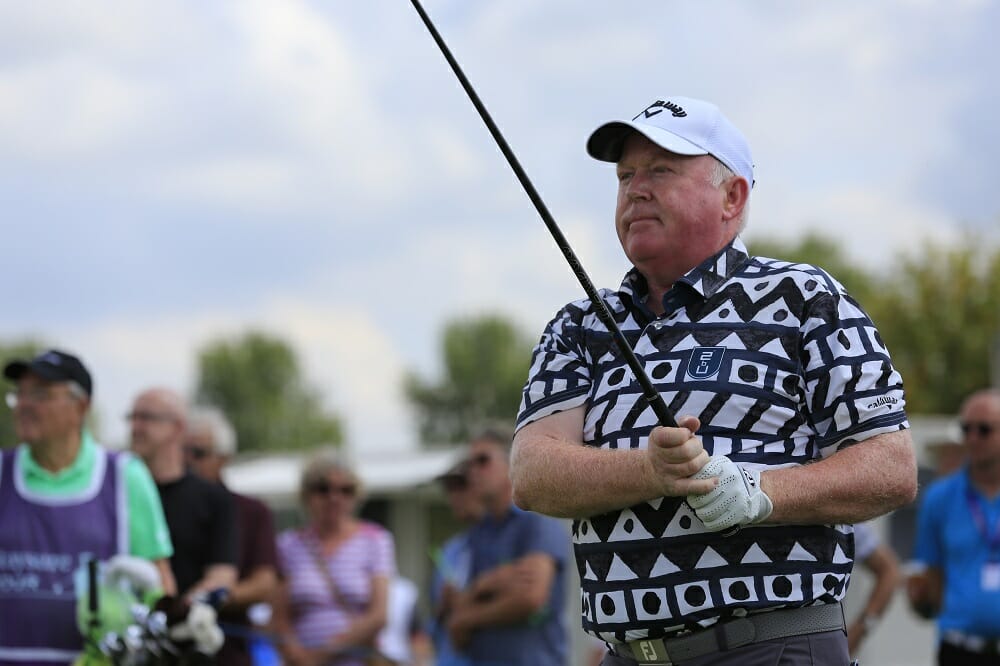 Brendan McGovern’s challenge faded during the final round of the Senior PGA Pros at West Essex Golf Club, London as England’s Andrew Raitt eased to a two-shot victory.

McGovern who is the club professional in Headfort Golf Club in Kells teed off just three shots adrift of former Ryder Cup star Peter Baker but fell to a final round of six-over 77 for a three-over total.

The Meath man was in the final group on Friday afternoon and made the turn in one-over 35 after a birdie on the eighth was cancelled out by dropped shots on 3 and 9.

Despite a third bogey of the day on the 13th, McGovern was still in a healthy position on one-under-par and on course for a top-five finish. However, a chastening finish where he dropped four shots in his last two holes left a bitter taste in the mouth.

McGovern who plays on the Legends Tour triple-bogeyed the par-4 17th and compounded that with a bogey on the par-5 18th to come home in a painful 42 strokes and fall to a share of 8th place.

Only four players finished under-par while David Brunton finished level-par for the week.

There was no stopping Raitt though as the St Georges Hill Golf Club pro shot a superb four-under 67 for a six-under total and a two shot win over Liam Bond in second.

David Shacklady of Ormskirk GC was third on three-under while Baker finished fourth on -2 after a four-over 75.

Meanwhile Harborne pro Darren Murphy finished in a share of 25th place on seven-over after he shot a one-over 72.

Last week’s Roganstown joint-winner Damian Mooney of Lough Erne shot a final round of 75 for a nine-over total while Kilkenny’s Jimmy Bolger was a shot further back on plus ten after a 74.