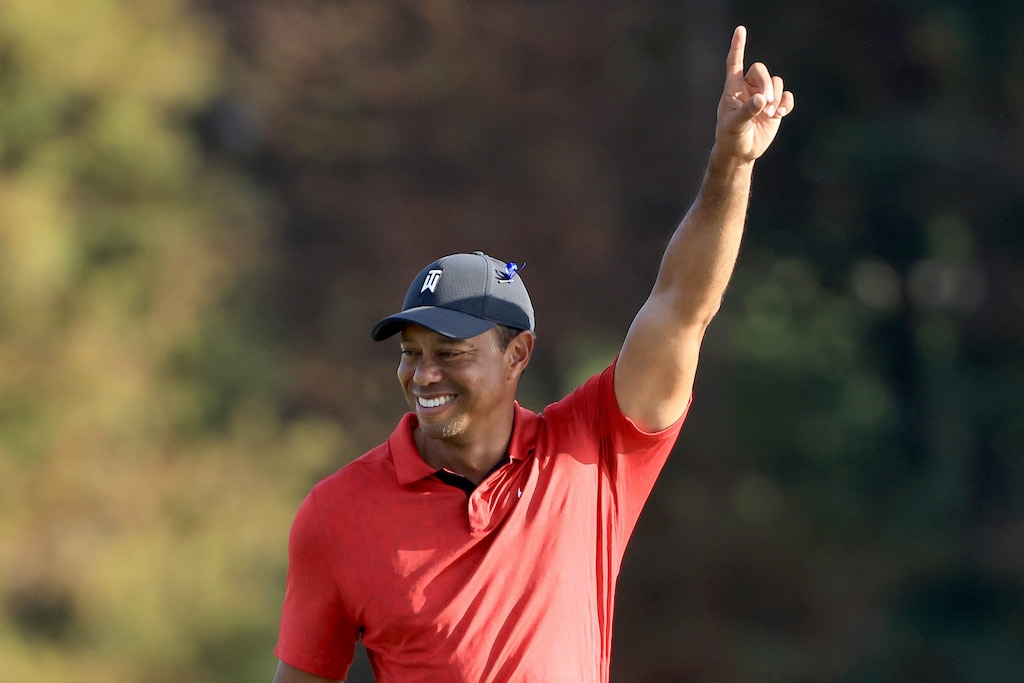 Five-time Masters winning Tiger Woods delivered the strongest hint yet he could tee up in this week’s Masters.

Woods posted a Tweet late Sunday morning (US local time) stating:  “I will be heading up to Augusta today to continue my preparation and practice. It will be a game-time decision on whether I compete.”

This is not to say Woods is confirming he will tee up also on the 25th anniversary of his maiden Masters win in 1997, but it also does not rule out any Augusta appearance.

Woods’ name appears on the 18th hole main leaderboard, and like any tournament, a player has right up to their tee-time should they officially wish to withdraw, meaning Woods could leave his decision to either withdraw or compete until Thursday morning.

Woods arrived at Augusta National with 13-year-old son Charlie and after a short session on the range, found their way to the course with good friend Justin Thomas making up a three-ball.

Augusta National rules do permit former champions, like Woods, to allow family members to tee up on Sunday before.

Woods will be attending the Former Champions dinner on Tuesday night but he is on record as stated some weeks ago, that he may contest Wednesday afternoon’s Par-3 Contest.

Furthermore, he said it is a practice round, and there isn’t much pressure around.

However, when it comes to competing, it takes a toll not only physically but also mentally, for which he isn’t prepared yet.

“I haven’t prepared for any of that. Going for a walk, I can do that. Am I going to be sore? Hell, yeah, but I can do that,” said Woods.

This is exactly what Woods will decide over the rest of Sunday and the new three days.

The golf world and the sports world wait in anticipation.

Woods said: “Congratulations to 16-year-old Anna Davis on an amazing win at the @anwagolf and good luck to all the kids in the @DriveChipPutt