Matsuyama now a serious doubt for his Masters defence 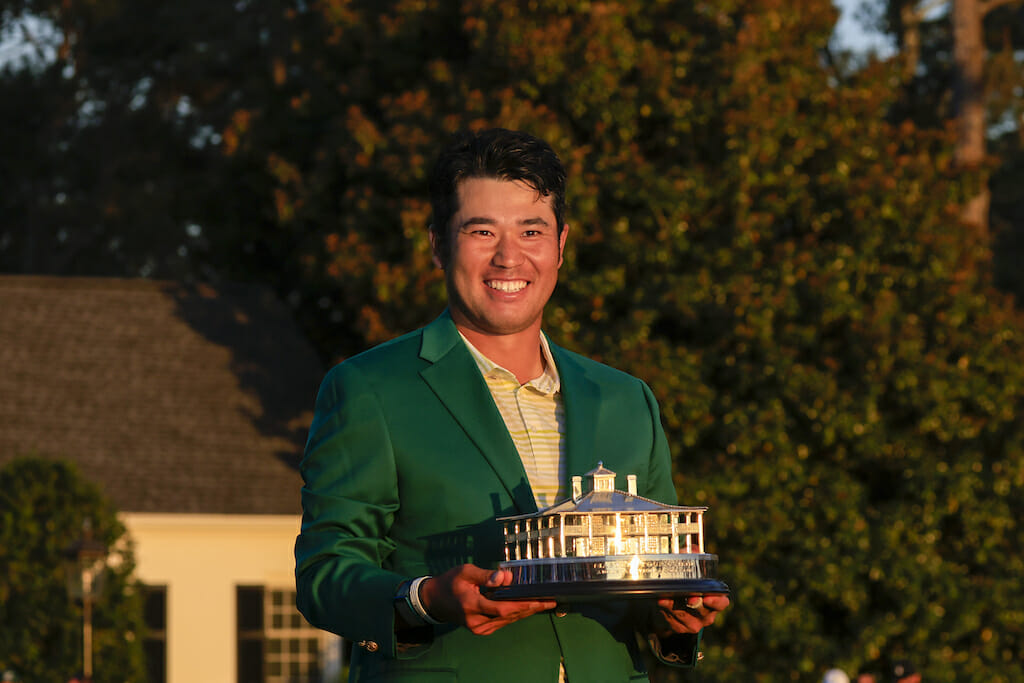 Hideki Matsuyama celebrates with the Masters Trophy during the Japan Green Jacket Presentation Ceremony after winning the final round of the Masters at Augusta National Golf Club, Sunday, April 11, 2021.

There is now real concern if Hideki Matsuyama will be fully fit to tee up in the defence of next week’s Masters title at Augusta National in Georgia.

This after Matsuyama withdrew following nine holes of his second round at the Valero Texas Open due to an ongoing neck and shoulder injury.

The first Asian-born player to win the Masters, had informed media at the recent Arnold Palmer Invitational he was around 80% towards fully recovering from a neck and shoulder injury he suffered during the second round of the event at Bay Hill in suburban Orlando.

The 30-year-old completed the tournament to finish T20th but has not played again till this week, and missed the Players Championship and last week’s WGC – Dell Technologies Match-Play in Austin.

“I’ve been receiving a lot of treatment,” Matsuyama said on March 22 in a conference call with reporters. “I’ll do my best to prepare well so I can defend my title at Augusta. I haven’t been able to practice as much as I’d like, but what I have been doing, I feel like I’m on the right track”.

The World No. 12 posted an opening two-over-par 74 in San Antonio and seemed to be fine as evident on day two when his tee shot at the par-3 16th, and the seventh hole on day two went within inches of an ace on the TPC San Antonio course.

He played the next two holes in par to be at one-under ahead of advising playing partners Chad Ramey and Hudson Swafford he was withdrawing.

Matsuyama had been in good form late last year winning October’s ZoZo Open and one of the early events on the PGA Tour’s 2021/22 wraparound season.  He then kick-started 2022 proper with a pair of closing 63s to win the Sony Open in Hawaii for his eighth PGA Tour triumph.