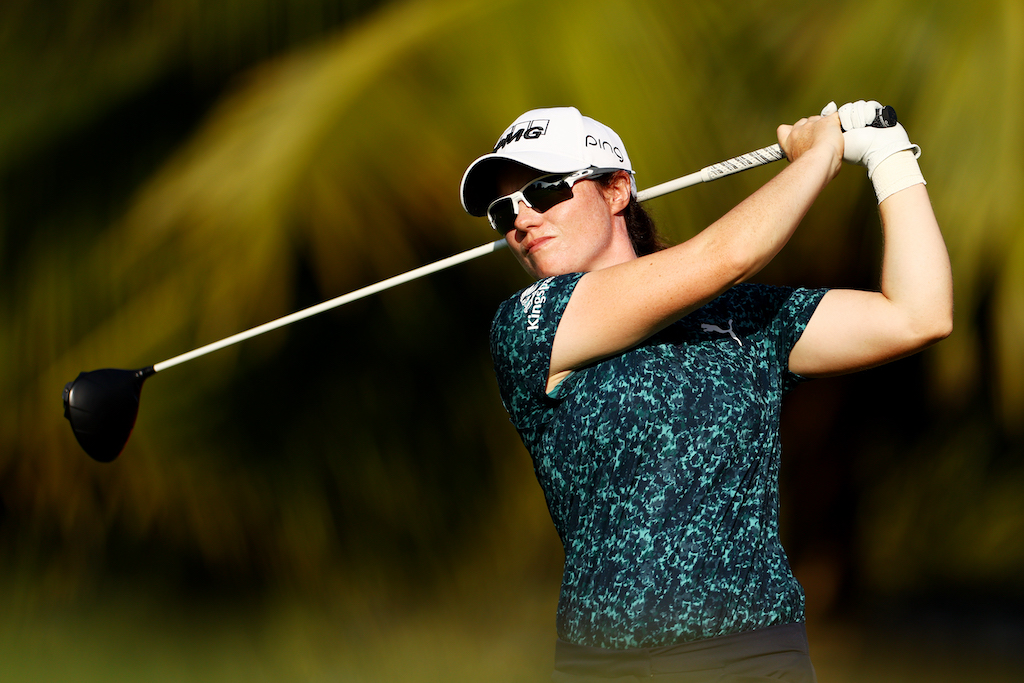 The first major of the Ladies season is upon us as the Chevron Championship heads to Mission Hills Country Club for 51st and final time. Since being designated as a major the Dinah Shore Tournament Course has seen some dramatic moments in its illustrious history and Leona Maguire and Stephanie Meadow will be bidding to add themselves to major championship folklore this week.

Overall, there have been 29 different winners of this major championship with Annika Sorenstam, Amy Alcott and Betsy King leading the way with three each. Defending champion Patty Tavatanakit is one of ten past champions teeing it up this week after she became the first Thai winner of the event and the first rookie to win since Juli Inkster in 1984.

It is sad to see this great tournament leave Mission Hills, just as the men prepare to head to Augusta National, a venue steeped in such glorious history.

Leona Maguire tees it up in a major as a LPGA Tour winner for the first time after notching her maiden LPGA Tour win at the Drive On Championship last month.

The Cavan native has kept her consistency since that win with finishes of 13th, 12th and 42nd in her last three starts and she heads to Mission Hills with a decent record after registering 18th and 28th place finishes in her previous two starts.

The 27-year-old arrives as one of the big names having risen to 20th in the Rolex Rankings this year and she has proven she is capable of producing good scores on courses that don’t necessarily play to her strengths.

A good Asian swing on some beastly golf courses will have served her well coming into the first major of the year that has lended itself to the longer hitters in recent years with Tavatanakit being joined in the winners’ circle by Jin Young Ko, So Yeon Ryu and Lexi Thompson.

An all-round tee to green game is crucial if one wants to compete here with Thompson, Ryu and Ko all inside the top-7 in greens and regulation this season.

Maguire hasn’t quite been firing on all cylinders from tee to green in the early portion of the season, ranking 65th in greens in regulation but she has made huge strides in that category and was one of the standout iron players on the LPGA Tour last season.

Maguire finished 2021 ranked 23rd in greens in regulation on the LPGA Tour and she will need to find her form with her irons this week.

Stephanie Meadow is in good form ahead of her first major championship appearance of the season. Having kept her LPGA Tour playing privileges in dramatic circumstances last season, the Jordanstown native secured her first top-10 of the season with a 10th place finish at the JTBC Classic last week.

It could be a timely boost for Meadow who boasts some decent course form at Mission Hills with two top-20 finishes which have proven to be her best major championship results since bursting onto the scene with a third-place finish at the 2014 US Women’s Open.

The 30-year-old endured a frustrating year on the greens in 2021 and her decision to putt with a line on the ball last week paid dividends ahead of a final return to a golf course she feels comfortable on.

“Yeah, just excited heading into next week. Game is heading in the right direction. Yeah, it’s been great,” Meadow said after her final round last week.

“I started putting with a line on my ball, so that’s pretty big thing for me. It’s allowed me to kind of commit to my lines a lot better. For next week, I’ve played that golf course a million times it feels like, even in college; I know it pretty well. Just keep doing the same things. It’s a major week, but it’s still the same.

“Obviously there is so much tradition there and it’s been going on — just walking down the 18th, seeing all the names and the pond, I mean, it’s a fabulous experience, so I’m definitely going to take in every last second of it. I’m sure Chevron will figure out a way to continue traditions and make it just as special,” she added.

Maguire is paired alongside Jessica Korda while Meadow will play her opening two rounds in the company of Emma Talley.