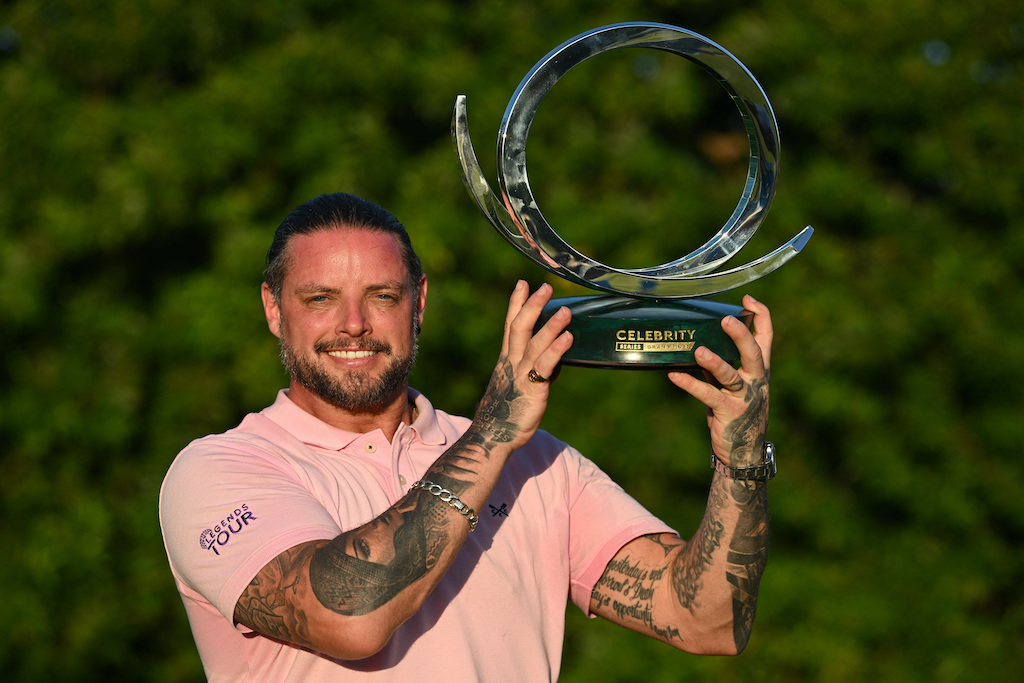 Former Boyzone singer Keith Duffy won the Celebrity Series Grand Final in Mauritius after beating former Liverpool and England footballer Robbie Fowler by a point to secure the first ever Grand Final title and win £25,000 for his chosen charity.

The Irishman earned 35 stableford points at the stunning course at Constance Belle Mare Plage in the Indian Ocean ahead of Fowler on 34 points closely followed by sporting legends Jim Gavin and Gordon Strachan.

A plethora of stars teed it up in Mauritius including TV presenter and the face of the Legends Tour Georgie Bingham who finished in a tie for fifth spot with former British and Irish Lions captain Gavin Hastings on 30 points. Top television presenter Dan Walker finished in a tie for seventh spot along with former Manchester United and Tottenham Hotspur footballer Teddy Sheringham on 28 points.

Duffy was delighted to claim the first Celebrity Series Grand Final trophy, a trophy that was designed by Tomasz Donocik standing at 14 inches tall and is crafted in Sterling Silver, Bronze and Malachite.

“It feels amazing,” he said. “I don’t actually know how to feel to be honest, I’ve always been very, very close but I have never won anything, so I suppose I am trying to calm myself to talk to you.

“I have to say my pro Clark Dennis was very, very generous to me he is an absolute gentleman he changed a couple of clubs that I was going to go with, and it was down to that that made me win today, I only won by one point, and it was down to my pro helping me around the course.”

The former Boyzone man couldn’t be happier that the prize money will be donated to his chosen charity, ‘ASIAM.ie’ which helps provide the support needed for children who have autism.

“I have a beautiful daughter that is on the spectrum, and we have been working very hard since she was two, she’s now 22 and she’s doing wonderfully well and I am very, very proud of her.

The action-packed week continues tomorrow with the Constance Hotels & Resorts Pro-Am, the MCB Pro-Am on Thursday and the hotly anticipated professional final from Friday to Sunday where the professionals will battle it out to become the MCB Tour Championship winner.

You can join our celebrities at one of the Legends Tour’s Celebrity Series events in 2022 where amateur golfers have the opportunity to play with a celebrity and a Legends Tour player. Find out more HERE