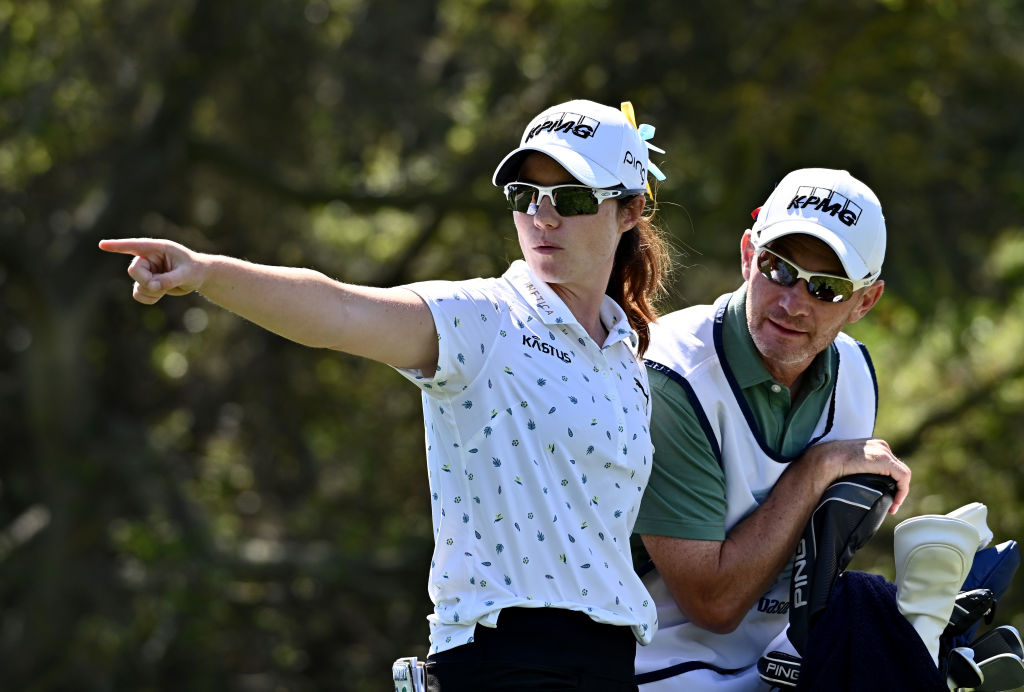 Back-to-back birdies on her final two holes saw Leona Maguire sneak inside the top-10 going into the weekend at the JTBC Classic in California, however she will rue a double-bogey for leaving her with work to do at the halfway stage.

A fine finish from the Cavan woman saw her card a two-under 70 in her second round, moving her up to five-under for the tournament, but that is only good enough to be six shots behind Denmark’s Nanna Koerstz Madsen at the midway point.

And the 27-year-old will know it could have been much better had it not been for that costly double-bogey seven on the par-five 10th that has her playing catch-up heading into Saturday’s third round at Aviara Golf Club.

Besides that, Maguire had another strong round in Carlsbad, two birdies on her front nine seeing her turn in two-under, and even after the double-bogey she rebounded well with three birdies and one more bogey to return to the clubhouse in 70.

It all bodes well heading into next week’s Chevron Championship, the first Major of the year, and two more good rounds to finish the week will have her heading to Mission Hills in confident form.

Stephanie Meadow is also in the mix at three-under for the week and a share of 20th, although she will be slightly disappointed after only recording a level-par 72 in her second round.

The Jordanstown woman, who started on the 10th, found bogey trouble early with three bogeys in her first five holes, but three straight birdies to finish got her not only back inside the cut line but still in with a chance going into the weekend if she can find a low round on Saturday.

Madsen, meanwhile, assumed control with a fine five-under 67 that saw the Dane start her round with four birdies in her first five holes, and at 11-under-par takes a two-shot lead at the halfway stage over Lydia Ko and Hye-Jin Choi.

The pair sit at nine-under, Korea’s Choi also carding a 67 and New Zealander Ko returning a 68, with Na Rin An, Maude-Aimee Leblanc and World No.1 Jin Young Ko a further shot back at eight-under.

Indeed, despite still being well in the mix, Ko will be disappointed with her round as a one-under 71 snapped her incredible run of 16 consecutive rounds in the 60s, but she will be a real danger going into the weekend at Aviara.