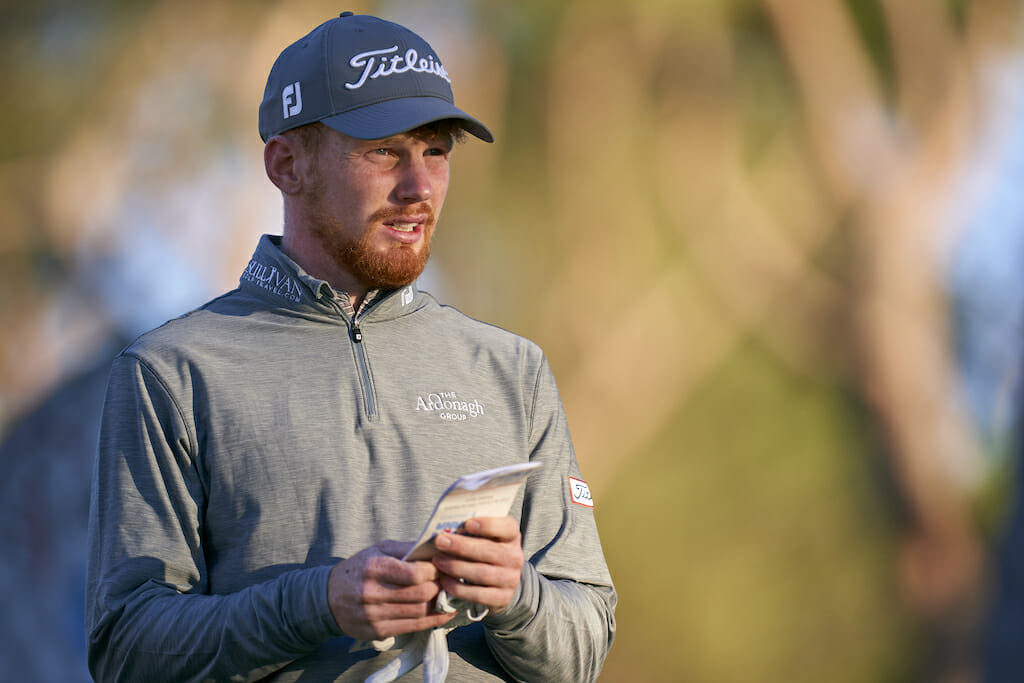 Kinsale’s John Murphy was left disappointed having faced a nervy overnight wait to see if he had made the cut at a weather-affected SDC Open on the Challenge Tour with the majority of the later starters having to finish their rounds this morning in Limpopo, South Africa.

Threats of thunderstorms and electrical activity in the area saw play suspended midway through the second round and then suspended altogether at the end of the day, meaning Murphy, in 82nd when he finished, could only hope he had done enough.

Unfortunately for the 23-year-old his two-under total for the tournament after a second consecutive 71 – this time at the second course, Elements Private – left him two shots adrift of the cut mark.

The cut line was also too low for Richard O’Donovan, who was level-par after a 71 at the main course, Zebula Golf Estates, and Gavin Moynihan, who was two-over following a level-par 72 at Elements Private.

Murphy actually did well in his round after suffering a triple-bogey at the par-three second, and he battled back with four birdies – including back-to-back to finish his day.

At the top, Germany’s Freddy Schott dazzled with a bogey-free eight-under 64 at Elements Private, capped off with an eagle on the final hole, to lead by one shot at 12-under-par overnight but he was eclipsed initially by JJ Senekal who returned a 65 to overtake him by one shot and then by Frenchman Clement Sordet who produced a flurry of late birdies for a second round 66 and sits atop the leaderboard at 14-under par at the end of round two.

“It was great,” said Schott. “It’s always tough to wake up at 4:30am but it was definitely worth it today. I drove the ball really well which carried me through my whole round. Whenever I have the driver in my hands I feel quite safe and I putted solid today. This is an amazing place and I love the layout.

“Over the two-week break I went to my house in Cape Town and enjoyed my time off. I worked on a few things I wasn’t happy with and it has turned out pretty nicely. I’m looking forward to the weekend. I can’t wait to get out there and compete.

“It’s definitely different playing in the bushveld. There are so many things to do staying on site and I’ve been lucky enough to go on two safaris.”

South Africa’s Jake Redman is fourth at 11-under after a 67 at Zebula, with five players a further shot back at 10-under-par.