How the world’s best spent their time during Players delay 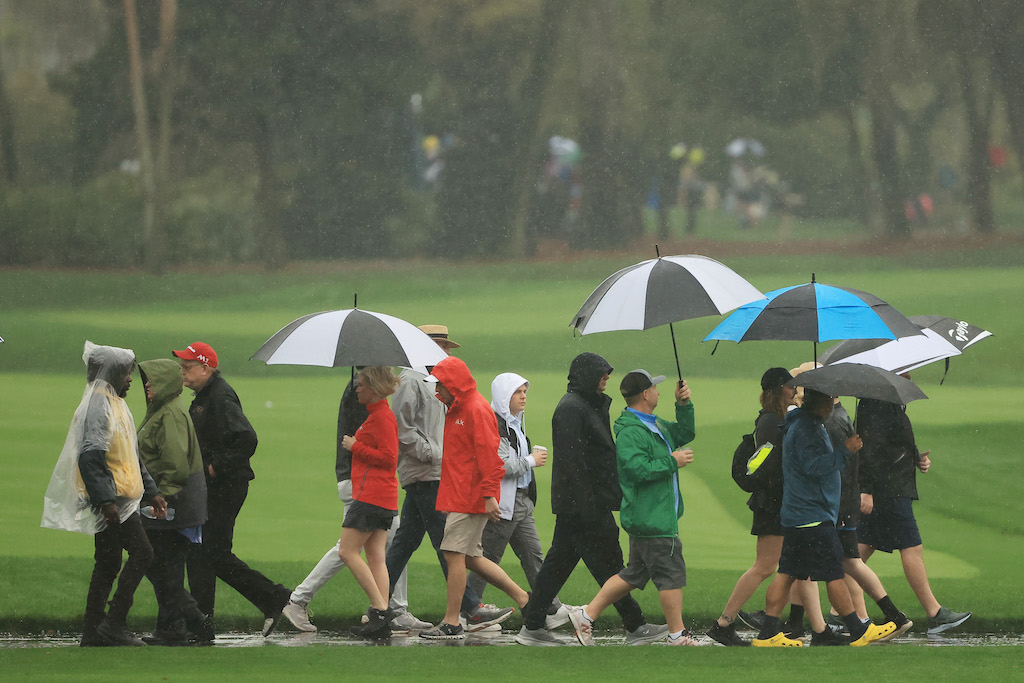 For those out in the Thursday morning half of the Players Championship draw, the subsequent thunderstorms and strong wind-related delays resulted in the longest period in their careers from ending their first-round to completing day two of this year’s tournament.

The period was close to two full days for many. So, just how did those players, like reigning Saudi International champion Harold Varner III, spend the two days away from the host TPC Sawgrass course?

For current leader Anirban Lahiri, he delighted in watching TV coverage of his beloved India go about setting Sri Lanka 419 runs to win the second test:

“I watched the cricket yesterday morning – we had a Test match, and really when you’re looking at the second day in a row of doing nothing, it’s difficult because usually come Wednesday night all of us kind of go into a different zone. Once you start playing the tournament, you have the adrenaline and it kind of stays with you for four days. It never really leaves your system completely until after the tournament.

“But when you have 48 hours of no competition after you started, you have that — it’s a strange thing where it kind of leaves your system and you’ve got to try and wake it up. So yeah, yesterday kind of relaxed a bit but then came back and practiced and just got myself ready to go.

“I love cricket. I miss home. I love being home. I grew up watching cricket. Most people do who grew up in India, at least. So, yeah, I enjoy it. And it was convenient. It’s better than the alternative, which has been watching something else or — yeah. I enjoyed myself, yeah.

“I took a lot of naps! My kid’s here, so I napped with him a few times. We had a board meeting for my foundation. I had a lot of people over, and they had a lot of fun. So, it was entertaining watching them.”

“I watched it on TV. I just felt bad for the guys that had to play. You never wish that upon your opponents. It’s unfortunate. Over your career, you have good waves and bad waves, but still like it just sucks to see.”

“I live here, so I just hung out at home. I blew a few of the leaves around in the backyard for more leaves to come down in the backyard, but that was about it, to be honest. Yeah, not really much to do in those conditions.”

“Clare and Frankie have been here, and I hung out with them for two long days. Yesterday felt so odd when I stood on the 1st tee, 5:30 in the morning and I honestly felt like I hadn’t played golf in a year. I was a little bit nervous starting out because I just felt like I haven’t played for a long time, and I just played the holes nicely, like 1 and 2.

“It’s just been odd. I’ve never been part of a tournament that’s had delays like this, and it’s just strange how long the week feels, and it’s actually not been that long. You’re just still in a regular tournament day here, we’re still on a Sunday, it just feels like it’s been longer.

“But it’s been nice to have the family here. I think they’ve definitely made a massive difference rather than waiting around on your own and not having much to do.”

“It’s been a very long and weird week, finding myself at home all day Friday and the better part of Saturday just hanging out with our dog on the couch (smiling).

“I did get a text from the Tour early on Saturday saying I would be out late yesterday (Sat), so at least I managed to get in a few holes, and then came back here early this morning (Sun) to finish off my round.

“I knew after being out first on Friday, and then given the suspensions to play, I would be in for a long break between rounds but this week is definitely the longest wait in my career between playing the first-round and ending a second round.

“It’s tough to do much because the first couple days you weren’t sure. It was like short delays here or short delays there, and then you’re trying to conserve energy because there’s a chance you could have long days.

“It’s tricky so I’ve just kind of been hanging out with Simon, one of my buddies Pete is in town, so we’re just going to not really do much to be honest, just watching some sports on TV and kind of take it easy.

“I watched a lot of TV, a lot of shows, and tried to make sure all of my meals were outside the room, just so I could get out. It’s pretty crazy, some guys had two days off in the middle of the tournament let alone a big event like this. Needless to say, the last two weeks have been weird.”