Maguire on song with 66 but pace relentless in Thailand 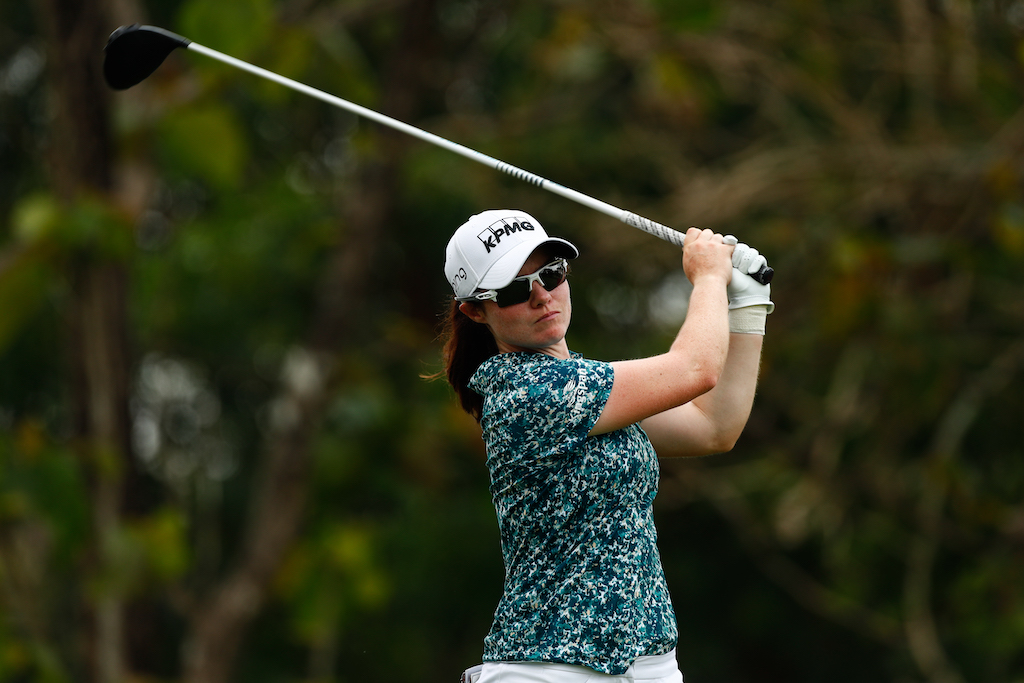 Leona Maguire found her groove on day two at the Honda LPGA Thailand but even after a bogey-free 66, the Cavan star now trails by eight strokes at Siam Country Club.

Maguire followed up an opening 70 with a six-birdie blemish-free haul, upping her greens in regulation stats by finding 15 of 18 in round two compared to just 11 on the opening day.

The 27-year old began her second round from the tenth tee, taking advantage of the par-5 in ‘4’ before adding her second birdie of the day at the par-4 15th to make the turn in 34.

On the inward half, Maguire really hit her stripes, starting slowly with three pars before a birdie ‘2’ at the par-3 fourth kicked her round into overdrive. Maguire birdied four of her last six holes with 29 putts in total, signing for 66 and reaching eight-under par, good enough for a tie for 22nd and a 20 place jump on the leaderboard.

Still, the scoring has been relentless out in front in Chonburi and it’s Australia’s Su Oh and Japan’s Nasa Hataoka who set the bar after the pair matched each other for the second day running, this time with seven-under 65s to head the field at 16-under par.

The pair were overnight leaders after the first round and Hataoka looked to hold the advantage when she signed for seven birdies to pull ahead by one, but Oh pulled alongside her with a stunning approach for eagle at the par-5 18th, which set her lowest 36-hole score on the LPGA Tour.
“The impact wasn’t very good today. I was just kind of scrambling really well out there,” said Oh, despite the 65.
“But I was like, come on, you want to hit some good shots before going into tomorrow. Such a long day, so I don’t think I would want to hit balls after. So just some things that I’ve just been working on in my swing, and I think it was just more the will of hitting the ball solid.
“I kind of had a really good yardage to that back pin. Didn’t matter how hard I hit my 3-wood, it wouldn’t have carried on top, so I think that helped. I knew it was going to cover the front and then I knew I would have to get lucky, but it was a pretty good number so I was like, come on. Just hit the ball solid.
“It kind of worked out really well.”

Boutier in particular was on fire, carding 10 birdies – including four straight to finish her round – and two bogeys in a wild day, while Koerstz Madsen had a slightly more normal round, a bogey-free eight-birdie effort.
“I feel like any iron game and putting was really good. I definitely did not have my best with my driving, but I managed to save some pars and give myself good chances. Overall, pretty happy with my round,” said Boutier.
“I just hope I can hit more fairways over the weekend just to make my life a little bit easier. But overall I just know it’s going to be scoring pretty low, so I’m not really too worried about the scores or anything.
“I know that the girls are going to shoot low, so I just have to keep playing the way I’ve been playing the past two days, and then hopefully I have two more good rounds in me.”
China’s Xiyu Lin is a shot further back after a 66 of her own took her to 14-under, with Jennifer Kupcho and Brooke Henderson matching each other with rounds of 65 and 67 to lie 12-under going into the weekend.

Maguire will be looking to improve on her tied-13th finish at last week’s HSBC Women’s World Championship before the Tour’s Asian-swing is complete and preparations commence for the first Major of the year at the Chevron starting March 31.