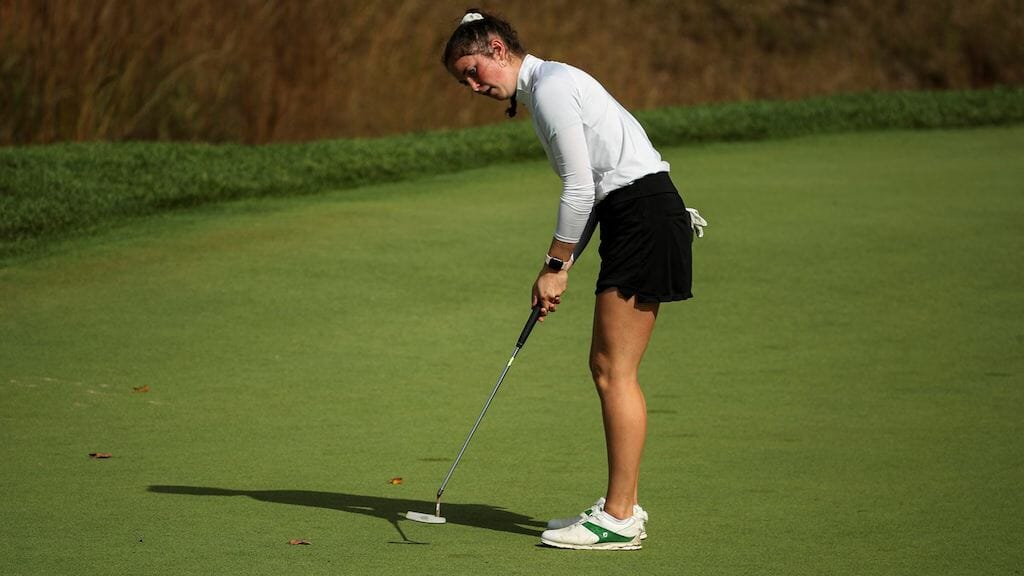 Lahinch’s Aine Donegan turned in a typically consistent performance as the Indiana women’s golf team played their best golf of the weekend in the final round of the VyStar Gators Invitational.

The Hoosiers finished in 14th-place at the Mark Bostic Golf Course on Sunday afternoon (308-299-296; +63) with the No. 7-ranked Florida Gators and the 10th-ranked Michigan Wolverines tied for the team championships after shooting an 851 (+11).

Freshman Donegan signed off with a one-over par round of 71 to finish tied-22nd on the individual board at seven-over par. The Irish international had opened the tournament with a six-over 76 but bounced back well over the weekend, playing her final 36-holes in one-over with five birdies across a decent weekend.

Donegan produced the two lowest rounds of any Hoosier in the field in the second and third rounds, respectively, finishing inside the top-25 of all five tournaments she has played in her collegiate career.

The Hoosiers will be back on the course two more times in the month of March, beginning with the Briar’s Creek Invitational on March 14-15 in Johns Island, S.C. IU will then close the month with the Chattanooga Classic from March 27-29.