Maguire keeps her cool to card opening 70 in humid Singapore 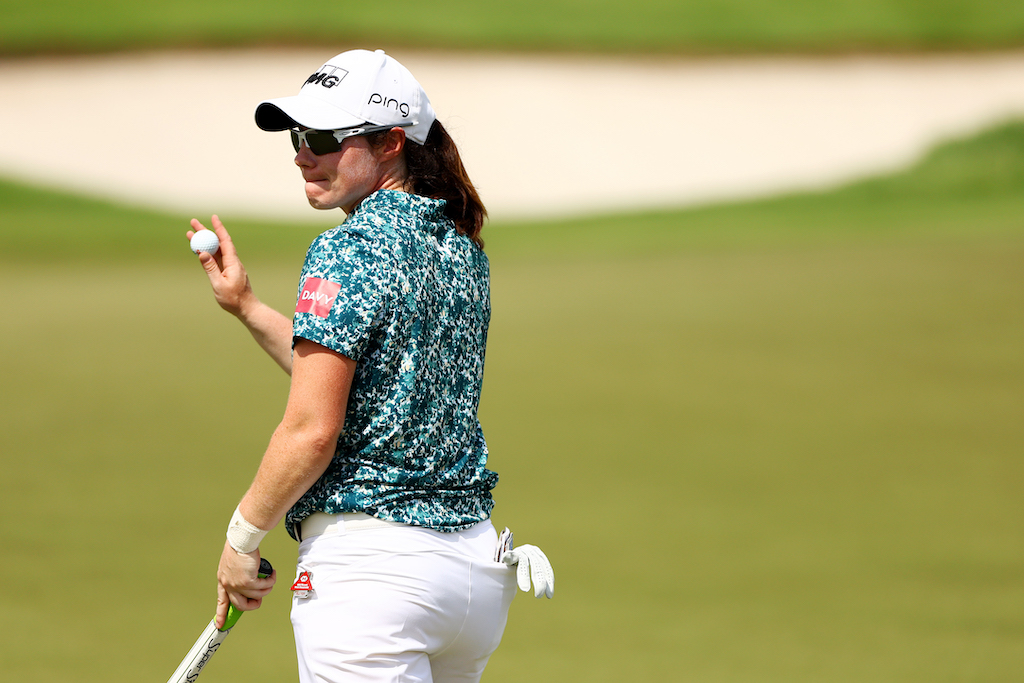 Leona Maguire admits she’ll need to hit it better if she’s to challenge for victory at this week’s HSBC Women’s World Championship but the Cavan star was pleased with how she handled conditions on the opening day at Sentosa Golf Club.

Making her first appearance at The Tanjong course since claiming a maiden LPGA title at the Drive On last month, Maguire traded four birdies with two bogeys and sits just inside the top-20 in a tie for 19th at two-under, only three shots back of Patty Tavatanakit’s lead.

“I didn’t feel like I had much momentum today, didn’t drive the ball quite as well as I would have liked, few putts kind of left out there but overall happy with 2-under for the way I played,” Maguire said.

Maguire actually only needed 27 putts to get round on day one, finding 11 of 14 fairways in regulation and 12 of 18 greens, but the standards of the new world number 19 are demanding more as she looks to mount a challenge at ‘Asia’s Major’.

“The course is really nice. It’s in really good shape, the greens are rolling well, you just have to hit it a little bit better than I did today,” the 27-year old admitted.

“It’s obviously very hot, so I’m trying to stay as cool as possible. It’s obviously never this hot in Ireland. So before I came over here, did some sort of sauna work and stuff like that to prepare for it.

“I’m just trying to stay in the shade as much as possible, drink plenty of water, electrolytes, all of that. So just managing energy levels will be key this week.”

Maguire knows she’ll need to be at her best over the coming days to keep pace with the leaders with Major champions Inbee Park and Danielle Kang in a tie for second at four-under and Brooke Henderson, Lydia Ko and the game’s number one, Jin Young Ko all at three-under.

Still, Maguire sits well-placed at minus-two despite leaving he best stuff behind after day one, providing ample encouragement for the Solheim Cup hero to build on a solid start.

“There’s still a lot of golf to be played,” Maguire agreed. “I feel like I haven’t played my best golf yet, so it’s nice to shoot under par even though I wasn’t quite at my best.”