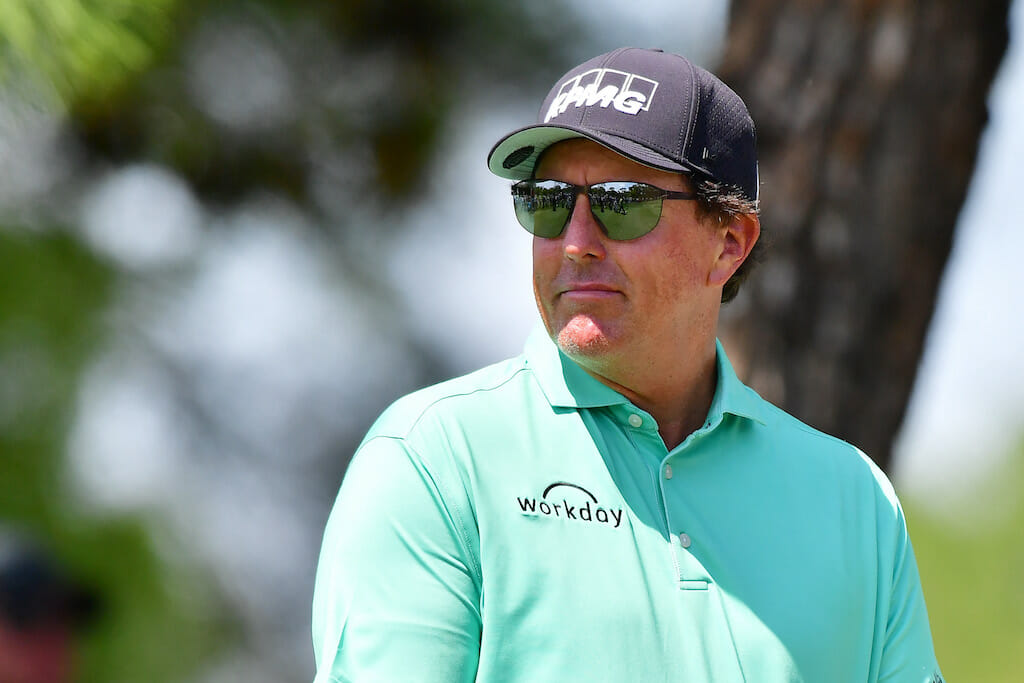 Following last week’s release of astonishing quotes from a November phone call with U.S. journalist Alan Shipnuck, Phil Mickelson has released a statement where he apologised for a reckless choice of words, falling short of apologising to current employers, the PGA Tour, however, for attempting to set-up a rival golf league and using Saudi money for leverage.

The statement, which has led many observers to speculate about a possible Mickelson suspension from the PGA Tour, reads:

“Although it doesn’t look this way now given my recent comments, my actions throughout this process have always been with the best interest of golf, my peers, sponsors, and fans.

“There is the problem of off record comments being shared out of context and without my consent, but the bigger issue is that I used words I sincerely regret that do not reflect my true feelings or intentions. It was reckless, I offended people, and I am deeply sorry for my choice of words. I’m beyond disappointed and will make every effort to self-reflect and learn from this.

“Golf desperately needs change, and real change is always preceded by disruption. I have always known that criticism would come with exploring anything new. I still chose to put myself at the forefront of this to inspire change, taking the hits publicly to do the work behind the scenes.

“Despite my belief that some changes have already been made within the overall discourse, I know I need to be accountable. For the past 31 years I have lived a very public life and I have strived to live up to my own expectations, be the role model the fans deserve, and be someone that inspires others. I’ve worked to compete at the highest level, be available to media, represent my sponsors with integrity, engage with volunteers and sign every autograph for my incredible fans.

“I have experienced many successful and rewarding moments that I will always cherish, but I have often failed myself and others too. The past 10 years I have felt the pressure and stress slowly affecting me at a deeper level. I know I have not been my best and desperately need some time away to prioritize the ones I love most and work on being the man I want to be.”

A Statement from Phil Mickelson pic.twitter.com/2saaXIxhpu

For the record, Shipnuck immediately responded to Mickelson’s tweet, saying, “The ‘off the record’ piece of this is completely false and I’ll have more to say on that shortly.”

However, if Mickelson truly believes he was taken out of context, it’s hard to imagine how any context could alter the tone of the following passage attributed to Mickelson by Shipnuck last week:

“They’re scary motherfuckers to get involved with,” Mickelson reportedly said. “We know they killed [Washington Post reporter and U.S. resident Jamal] Khashoggi and have a horrible record on human rights. They execute people over there for being gay. Knowing all of this, why would I even consider it?

“Because this is a once-in-a-lifetime opportunity to reshape how the PGA Tour operates. They’ve been able to get by with manipulative, coercive, strong-arm tactics because we, the players, had no recourse.

“As nice a guy as [PGA Tour commissioner Jay Monahan] comes across as, unless you have leverage, he won’t do what’s right. And the Saudi money has finally given us that leverage. I’m not sure I even want [the SGL] to succeed, but just the idea of it is allowing us to get things done with the [PGA] Tour.”

For what it’s worth, and one would think quite a bit, Shipnuck confirmed on the Fire Pit Collective podcast on Monday, a day before Mickelson’s statement, that, “I got one text from him and his tone was – he was displeased… he tried to go down the road of ‘Oh, I thought this was a private conversation between you and I’, and I shut that down really fast. And his heart wasn’t really in it anyway.

“He knows the truth, I don’t know what he’s going to say going forward but he knows this was an on-the-record conversation and it was for the book and he never asked for any of this to be private. You can spin a lot of things but it’s hard to lit face-to-face to the person that knows the truth.”

One of Mickelson’s main sponsors, KPMG, who have partnered the 51-year old since 2008, have ended their relationship with Mickelson.

“KPMG U.S. and Phil Mickelson have mutually agreed to end our sponsorship effective immediately. We wish him the best,” the company said in a statement.