Invited Purcell ploughs to the front with opening 65 on Alps 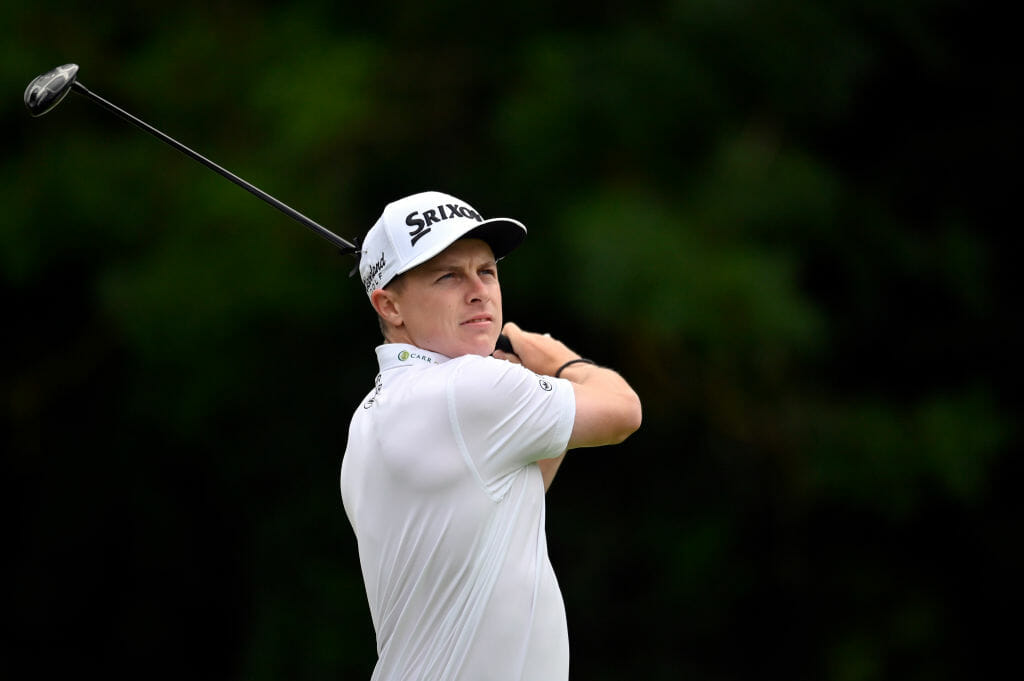 Tournament invite Conor Purcell admits he’s keen to play as much as possible this season after getting off to a flier at the Ein Bay Open in Egypt on the Alps Tour, sharing the lead after day one.

The Portmarnock man got off to a quick start with a seven-under 65 to tie France’s Pierre Pineau at the top, with the pair holding a one-shot advantage over Juan Luis Sanchez Perez, Gregorio de Leo and Jack Floydd.

Purcell has had his fair share of misfortune, with the third-year pro having missed Qualifying School last year due to food poisoning, but he certainly made the most of his tournament invite at Sokhna Golf Club.

The 24-year-old had an eagle and two birdies on the four par-fives on his way to his 65 and he admitted it could have been even better had his start matched the rest of his outing.

“I started my round slow and I took my chances when I could. I made a great eagle at the eighth and I’ve played the par-fives of the course four-under-par which is pretty great,” said Purcell.

“I really loved some good iron shots I hit during this first day. I’m looking to play a lot this year and I really have to thank the Alps Tour for giving me the invitation to come here this week.”

Pineau, meanwhile, carded 10 birdies, a bogey and a double in his first round as he looks to go one better than last year when he finished runner-up, with the 22-year-old praising his work on the greens for his good form.

“I immediately started very aggressive and delivered three nice birdies in a row, but unfortunately I made a double bogey at the fourth after finishing outside the green with a putter,” explained the Frenchman.

“I quickly recovered thanks to a few birdies and started putting really, really well throughout the round. Three times I nailed putts from 10 meters away.”

James Sugrue and Jonathan Yates are the next best placed Irishmen after both carded level-par 72s to leave them 44th after the opening day’s action, with David Carey, Gary Hurley and Paul McBride a shot further back after all three signed for 73s.

Both Simon Bryan and Luke Donnelly are four-over after a pair of 76s and in need of big second rounds to make the cut line.