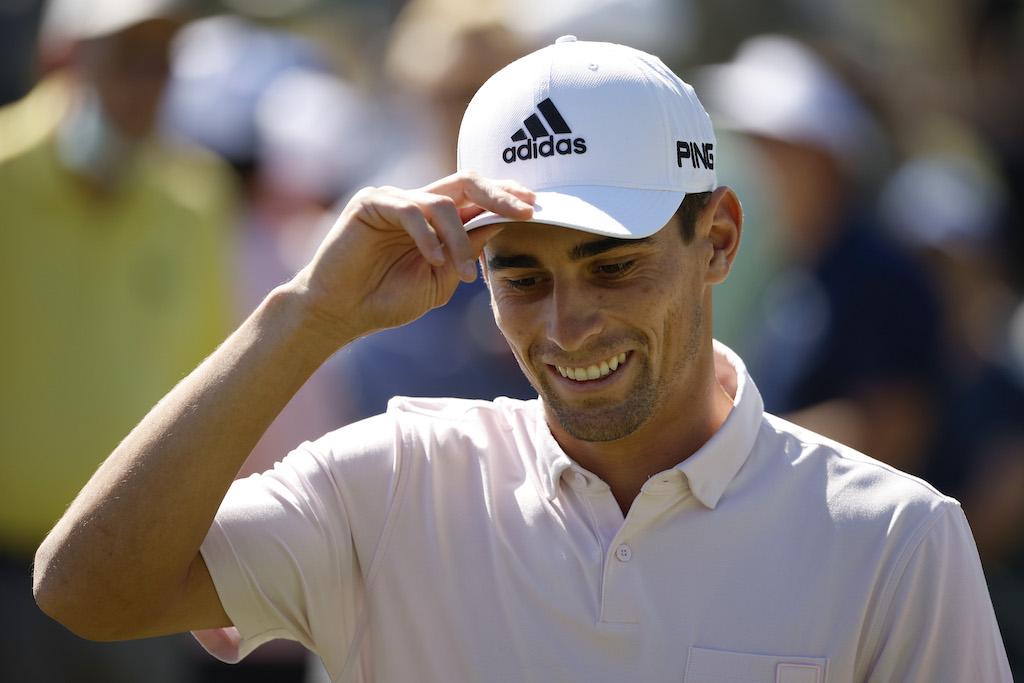 Rory McIlroy will be comforted in some ways that he heads into the weekend at the Genesis Invitational yet to hit top form but also frustrated in the knowledge that victory is likely already beyond him at Riviera Country Club.

For the second straight day the World No.5 kept the mistakes off the scorecard for the most part, but failed to truly ignite in backing up Thursday’s two-under 69 with just two birdies and a bogey in a 70 on Friday to lie three-under for the week and in a share of 31st.

In comparison to the majority of the field, his score is nothing to be ashamed of, but when compared to the irrepressible Joaquin Niemann, they may as well be playing different events.

The Chilean is making a mockery of what is supposed to be a brutal test at Riviera having backed up a sensational eight-under 63 with the same score on day two to set a record for the lowest 36-hole score at the Genesis Invitational, sitting at 16-under at the halfway mark.

Niemann holds a two-shot lead from 24-year-old rookie Cameron Young, who remarkably went one better by carding a 62 on Friday, with Justin Thomas the wily veteran in the mix and the only other player in double-figures after rounds of 67 and 64 took him to 11-under.

Unfortunately, Séamus Power will not be mounting a weekend challenge as he failed to claw back enough ground to make the level-par cut, the Waterford man giving himself a 15-footer on his final hole – the ninth – to make it but seeing it slide by.

After a one-under 70 on day one, a three-over 74 on day two saw him miss out by two strokes at two-over, meaning he has missed back-to-back cuts on the PGA Tour for the first time in over a year.

McIlroy was never in risk of suffering the same fate, the Holywood man starting the day one shot better than his fellow countryman and staying the course, but nor did he ever look like making a jump higher up the leaderboard and putting himself in contention.

That was largely down to Niemann immediately pulling even further away at the top as he continued his sensational form, but McIlroy was not exactly applying much pressure, admittedly.

Starting at the 10th, a birdie came from 18-feet on the par-five 11th, but for the most part the 32-year-old was scrambling just to make pars rather than birdies, although he would turn in two-under by taking advantage of the other par-five on the back-nine, the 17th.

However, when he passed up an excellent birdie chance by missing from seven-feet on the 507-yard par-five first, that set the tone for his front-nine, and after another nine-footer slid by on the par-four third he would drop his only shot of the day at the par-four fifth after failing to get down in two from the edge of the green.

McIlroy had outside chances on each of the sixth, seventh and ninth to at least pick up one more shot before returning to the clubhouse, but he would have to settle for a 70 that has him a long way adrift.

At least the four-time Major champion has a shot – however small – at claiming silverware on Sunday, something which unfortunately cannot be said for Power, who struggled to six bogeys and three birdies in a 74 to miss out by two.

His issues started early, the 34-year-old failing to get up-and-down on three consecutive holes, the 13th, 14th and 15th, to quickly drop below the cut mark, although he did haul himself back to level-par with back-to-back birdies at the 16th and 17th.

But, like McIlroy, failing to take advantage of the short par-five first by three-putting from just 32-feet would cost Power, and when he followed it up with bogeys at the second and fourth it left him with a mountain to climb.

Despite a superb approach to five-feet on the seventh yielding a bogey, he was left needing to hole a 15-footer on the ninth to stick around for rounds three and four, but it would miss wide and he would then miss the return putt just to rub salt into the wounds and end his week.

Perhaps it is not a bad thing as, even if he had got back to level-par, he would have surely only been playing a supporting role to what already seems to be a three-horse race at best at the top between Niemann, Young and Thomas.

Niemann looks to be in the driving seat, the Chilean signing for an eagle, seven birdies and a bogey on his way to a second consecutive 63 to smash the previous 36-hole record at Riviera – his 126 strokes four better than the previous record co-owned by four players.

“I didn’t sleep much, it was pretty late when I finished (on Thursday) and we started pretty early but, yeah, we got it going pretty good at the beginning,” said Niemann, who began his round by hitting a six-iron to four-feet on the first for eagle and never looked back.

“I really like the way I handled myself out there after playing good on the front-nine. Didn’t hit a great driver on 11, still made birdie there. That different mentality I have this week I think is helping a lot.

Attacking him from behind will be Young, who will question just how he is not leading the tournament given he leads the field in strokes gained off-the-tee, average proximity on approaches, scrambling and strokes gained putting and is in possession of the lowest round of the week.

The American finished his round with four straight birdies to close out a bogey-free 62 consisting of nine birdies, and yet that is only good enough to have him a couple back of Niemann at 14-under.

World No.8 Thomas will likely have something to say, too, after quietly impressing with an eagle and five birdies in a bogey-free 64 that has him 11-under, with Jordan Spieth and Adam Scott rounding out the top-five at nine-under and Collin Morikawa holding on at eight-under.

Of interest, the 72-hole scoring record at Riviera is 20-under 264 held by Lanny Wadkins in 1985. Odds are that could be under threat come Sunday evening.