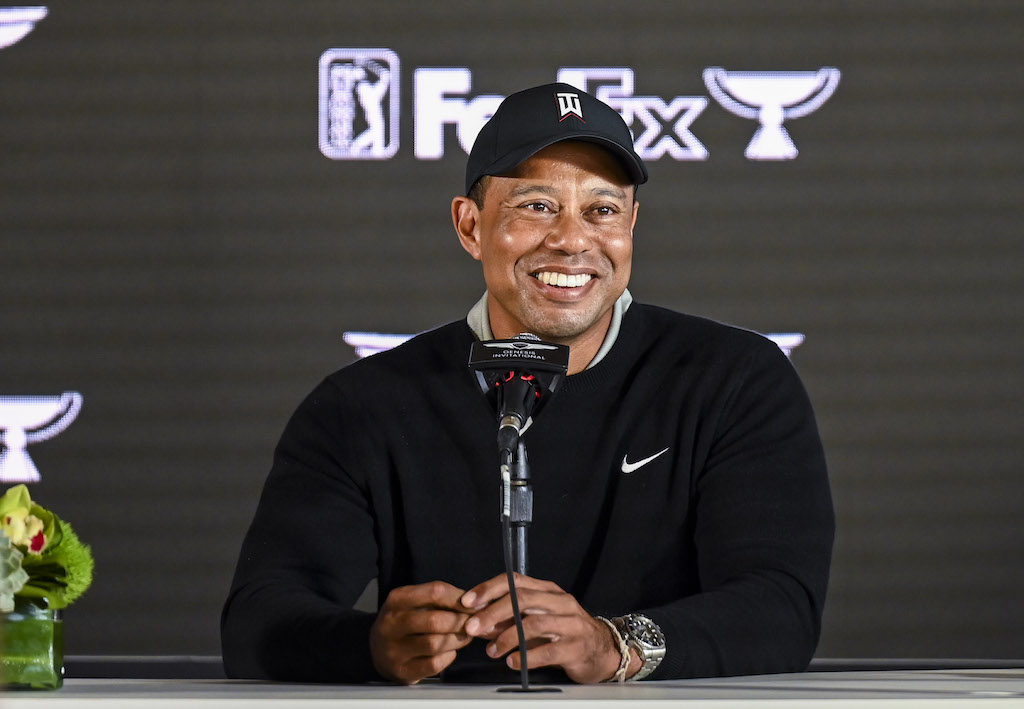 The good news for those eagerly-awaiting a Tiger Woods comeback is that the 15-time Major winner says there will be one. The bad news is that Tiger says he still has a long way to go before competing again on tour.

A year after his near-fatal SUV crash, Woods admits progress has been slow but there’s been progress nonetheless, even since his PNC Championship appearance alongside son, Charlie in December.

Considering there was a brief moment in time post the accident that Woods feared losing his leg altogether, the very fact he can play golf at all is a blessing for the humbled 82-time PGA Tour winner.

The competitive fire still burns bright in Woods but asked time and time again in various different ways to give media a clearer indication as to when we might see him tee up on Tour again ahead of his hosting of this week’s Genesis Invitational, Tiger maintained that he simply didn’t have the answer, as much an all as he wished he did.

“I wish I could tell you when I’m playing again,” Woods said as he continues to rehab the open fractures he suffered to both the tibia and fibula in his lower right leg

“I want to know, but I don’t. My golf activity has been very limited. I can chip and putt really well and hit short irons very well, but I haven’t done any long stuff seriously. I’m still working.

“What’s frustrating is it’s not at my timetable. I want to be at a certain place, but I’m not. I’ve just got to continue working. I’m getting better, yes, but as I said, not at the speed and rate that I would like. You add in the age factor, too. You just don’t quite heal as fast, which is frustrating.”

At the PNC Championship, Woods was able to avail of a golf cart during the two-day exhibition and although he was encouraged by his play, he insists he remains nowhere near fit enough to navigate even a limited schedule on Tour, but remains adamant that such a day will arrive eventually.

Woods says that if Augusta National’s Par-3 contest was on today, he could participate. That’s not to say he will commit to the ceremonial pre-Masters hit-and -giggle in April, despite journalists’ best efforts, but his body would at least allow him to. Still, that’s where he’s at. He’s come a long way since that near-fatal smash, but Woods remains a long way from a competitive return.

“I can walk on a treadmill all day, that’s easy. That’s just straight, there’s no bumps in the road. But walking on a golf course where there’s undulations, I have a long way to go,” he says.

“It’s been tough, but I’ve gotten here, I’ve gotten this far and I still have a long way to go. Each and every day’s a fight and I welcome that fight. Get up in the morning, let’s go a few more rounds.”

For now, Woods fills the void with his TGR foundation, while in the quiet confines of home, he’s reading Dean Koontz books and playing video games, all the while wishing he was somewhere else.

“I read a lot, still play video games, that hasn’t changed, but I wish I could spend more time on the range digging out of the dirt, like I was saying earlier. But that’s not realistic at this point,” he said.