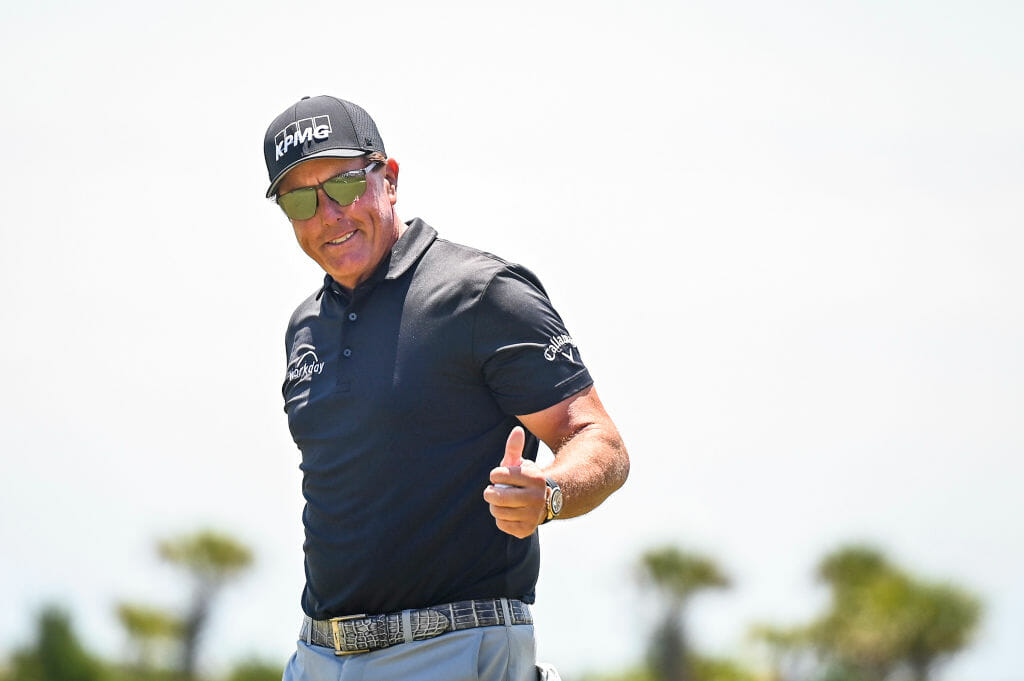 In a remarkable excerpt from US journalist Alan Shipnuck’s upcoming book, Phil: The Rip-Roaring (and Unauthorized!) Biography of Golf’s Most Colorful Superstar, Phil Mickelson has apparently lifted the lid on the real motives behind his Super League move.

The wheels seem firmly in motion for the Saudi-backed tour to soon deliver an update with twenty players said to be signed up to the breakaway league.

Phil uncensored! In an exclusive excerpt from @AlanShipnuck‘s juicy new biography, Mickelson lays bare his real feelings about the Saudi Golf League (“they’re scary motherfuckers”) and sheds new light on his grievances with the PGA Tour (“a dictatorship”). https://t.co/6yB5F7U66D pic.twitter.com/qCCePClVer

Mickelson has long been the pied piper amongst them but in remarkable quotes dating back to a November conversation with Shipnuck, Mickelson has seemingly made it clear that not only does he know the true colours of who he’s going into business with, but also why it’s happening.

Shipnuck writes: “Mickelson told me he had enlisted three other “top players” he declined to name and that they paid for attorneys to write the SGL’s operating agreement, codifying that the players would have control of all the details. He didn’t pretend to be excited about hitching his fortunes to Saudi Arabia, admitting the SGL was nothing more than what he called “sportswashing” by a brutally repressive regime.

Shipnuck then quotes Mickelson in what should make for interesting reading for his new business associates:

“They’re scary motherfuckers to get involved with,” Mickelson said. “We know they killed [Washington Post reporter and U.S. resident Jamal] Khashoggi and have a horrible record on human rights. They execute people over there for being gay. Knowing all of this, why would I even consider it?

“Because this is a once-in-a-lifetime opportunity to reshape how the PGA Tour operates. They’ve been able to get by with manipulative, coercive, strong-arm tactics because we, the players, had no recourse.

“As nice a guy as [PGA Tour commissioner Jay Monahan] comes across as, unless you have leverage, he won’t do what’s right. And the Saudi money has finally given us that leverage. I’m not sure I even want [the SGL] to succeed, but just the idea of it is allowing us to get things done with the [PGA] Tour.”

You can read more about Shipnuck’s incredible scoop HERE – His book, Phil: The Rip-Roaring (and Unauthorized!) Biography of Golf’s Most Colorful Superstar is available for pre-order now. Judging by the excerpt, we won’t want to miss it.