Moynihan and Murphy on the up on day two at Fancourt 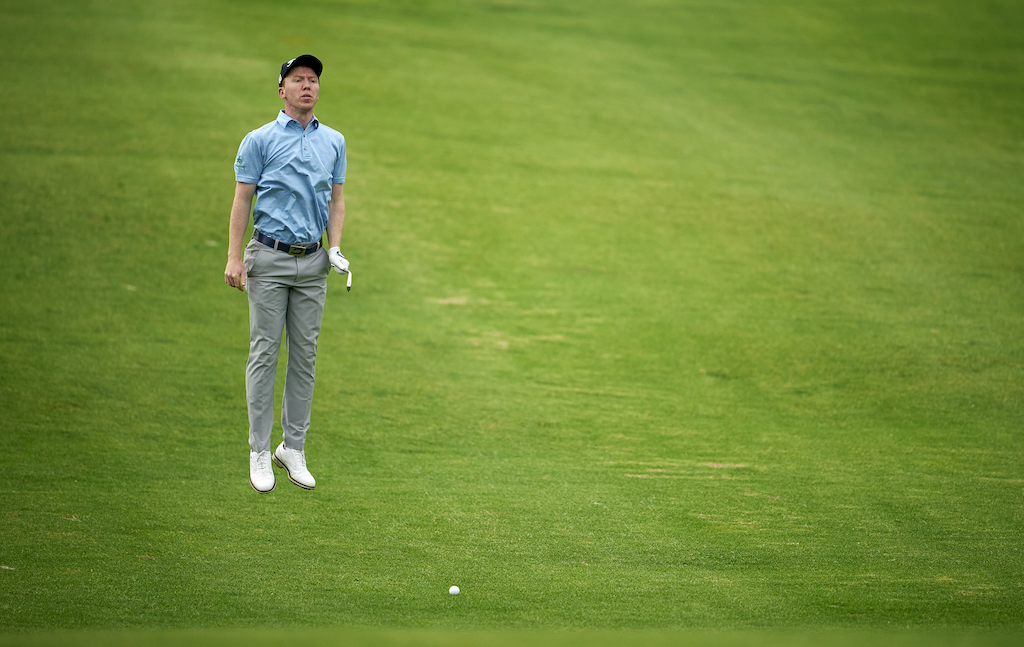 John Murphy and Gavin Moynihan lead the Irish charge at the Challenge Tour’s opening event, the Dimension Data Pro-Am at Fancourt Estate in South Africa, but none of the quartet are close to making a push for silverware going into the weekend.

Murphy added a two-under 70 on the Outeniqua course to move onto three-under for the week, and Moynihan finished with back-to-back birdies on his way to the same score on the same course, but they are a whopping 13 shots back of runaway leader Adrien Saddier, whose seven-under 66 on The Links course has him at 16-under, which is three shots clear of Alexander Knappe.

Niall Kearney, who had been the leading Irishman after day one, dropped back to level-par for the week after a two-over 74 at the Montagu course, with Paul Dunne’s second consecutive one-over round, this one a 73 at the Montagu, leaving him two-over.

All four players are battling to stick around for the final day and be in with a chance of picking up some early season prize money in the bid to finish in the top-20 in the Race to Mallorca and earn promotion onto the DP World Tour next season.

Murphy looks the best placed to do so, the Kinsale man – off the back of his first PGA Tour start last week – moving himself into a share of 56th with four birdies and two bogeys on day two, including finishing by picking up a shot on the 18th to give himself some momentum heading into the weekend.

A big back nine helped Moynihan head in the right direction, too, the 27-year-old Donabate man struggling with two bogeys on his front nine but responding superbly on his way back to the clubhouse, birdies coming at 11 and 12 to get to level-par before he finished superbly with back-to-back birdies at 17 and 18 to reach three-under.

After starting positively in Thursday’s opening round, Kearney has work to do as a double-bogey on the 12th derailed his second day, with a further two bogeys and three birdies seeing the Royal Dublin man fall back to level-par for the tournament and into a share of 104th.

Likewise, Dunne will need a big third round to keep himself around for the weekend as he was always playing catch-up after a double-bogey on his opening hole, and three more bogeys and four birdies saw him finish with a 73 that has him two-over in 128th.

At the top, France’s Saddier looks comfortable as eight birdies and one bogey on The Links saw him card a 66 that has him in command going into the final day at 16-under and three shots clear of the chasing pack.

The 29-year-old recorded six of his eight birdies in the first eight holes of the back nine as he cruised to the top of the leaderboard going into the weekend, with Germany’s Knappe eagling his final hole on The Links for a six-under 67 to move onto 13-under.

The trio of Ivan Cantero Gutierrez, Jaco Ahlers and Jacques Blaauw sit at 11-under, with a further three players completing the top-10 at 10-under.